1) A short comparison of Docker vs Virtual Machine 🐳 2) Fed up with theoretical Docker tutorials? 🙄 🐳 3) Docker vs Kubernetes vs Docker Swarm 🙅🏼‍♀️

Once you've learnt the basic concepts, it's important to see how Docker is actually used in practice or in real world development so to say.

So, if you are already fed up with theoretical Docker 🐳 tutorials about basic concepts and commands, I have created a more hands-on, practical guide of how to actually apply these concepts. 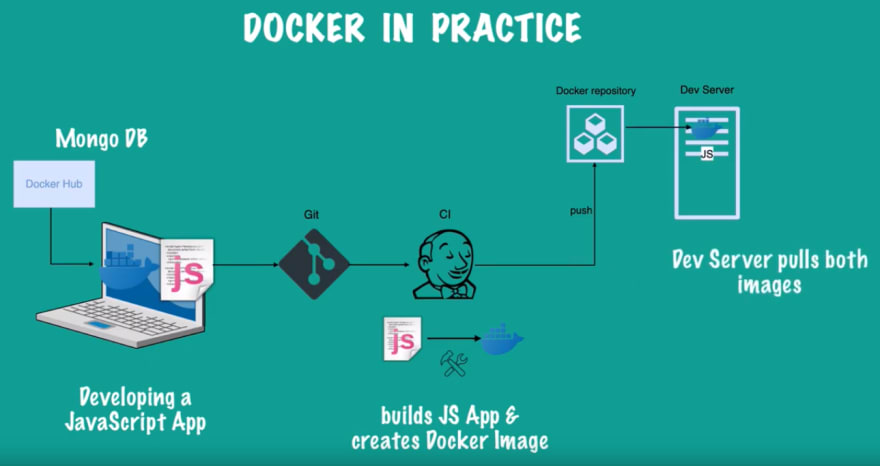 The "Docker in Practice" video series covers the whole workflow with Docker:

So in each of these videos one part of the workflow is shown:

In the first video you can get already an overview of how to work with Docker from development to deployment.

1) A short comparison of Docker vs Virtual Machine 🐳 2) Fed up with theoretical Docker tutorials? 🙄 🐳 3) Docker vs Kubernetes vs Docker Swarm 🙅🏼‍♀️

I am a senior freelance devops and software engineer based in Austria.

Automation in a lazy world

Why you should write blogposts more often