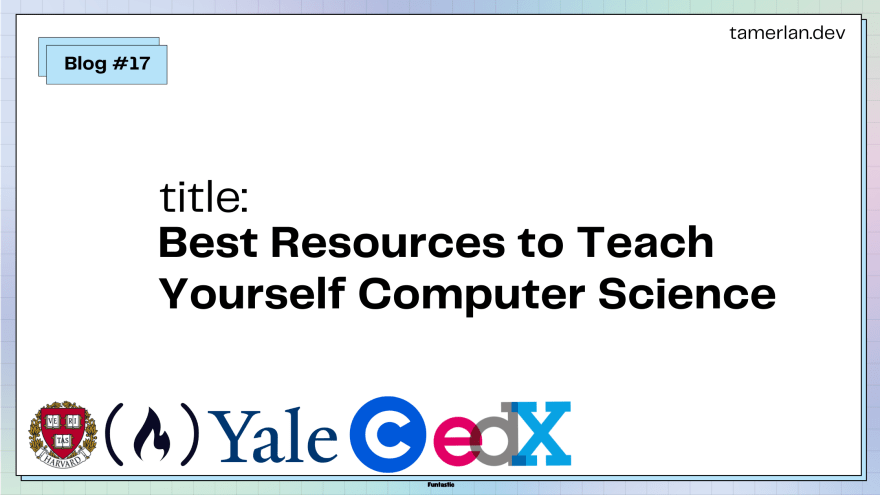 But I'm gonna be honest with you.

But where do I start?

That's what I thought a couple of days ago.

Fortunately, I got S tier research skills and found the best resources on the internet for computer science and figured out why not share them with my dear readers.

PS. This is my initial list if you got any suggestions, feel free to message me on Twitter about them.

I just want to say that all of these resources provide you with a comprehensive list of different courses to take to master different computer science subjects.

None of these resources create their own content, they simply pick the best ones found over the internet. This is why you might see some overlap with the courses chosen.

For example, a popular introduction to computer science course would be Harvard's CS50. You would find this course recommended in almost all the resources below.

Another disclaimer is that all of these resources are free. So please don't get scammed. 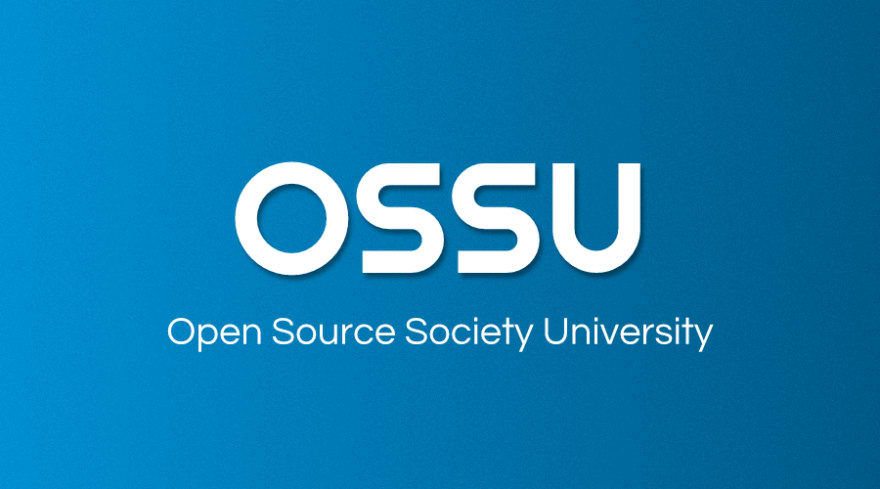 OSSU which stands for Open Source Society University is an organization that:

OSSU essentially provides you with all the courses required to get a bachelors degree in Computer Science.

So you would expect courses such as:

Their computer science path is by far the most popular one on the whole internet, with a whopping 106k stars on GitHub.

But that's not it.

They also provide other paths such as: 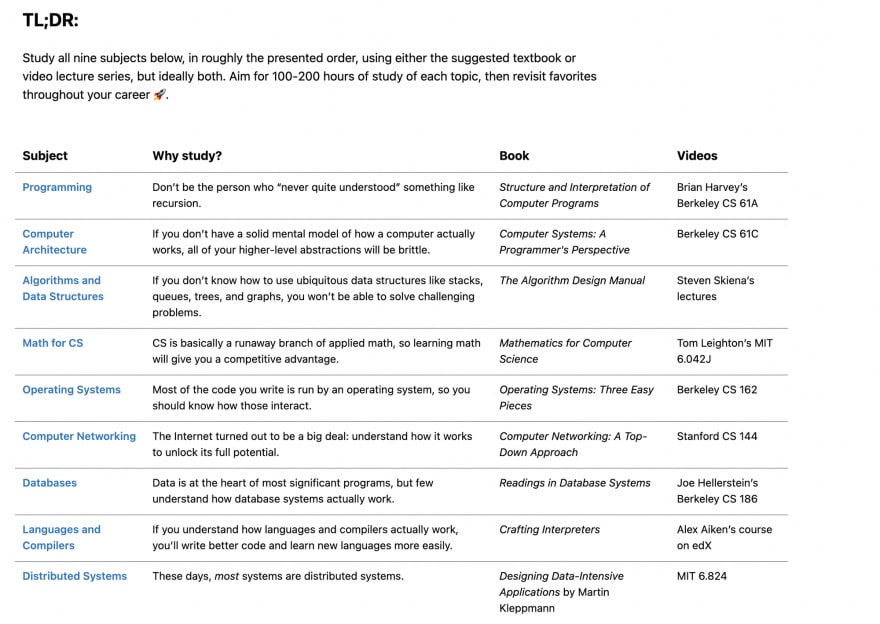 If you are more of a minimalistic person. You simply want a minimal list of recommended resources.

Then Teach Your Self CS is the path for you.

It gives you nine core computer science subjects with their recommended resources.

The resources are given based on the difficulty level.

For example for the programming section, they recommend:

I personally follow this path for my 2022 computer science plan and I've thoroughly enjoyed it even though I'm not following the recommended order of subjects. 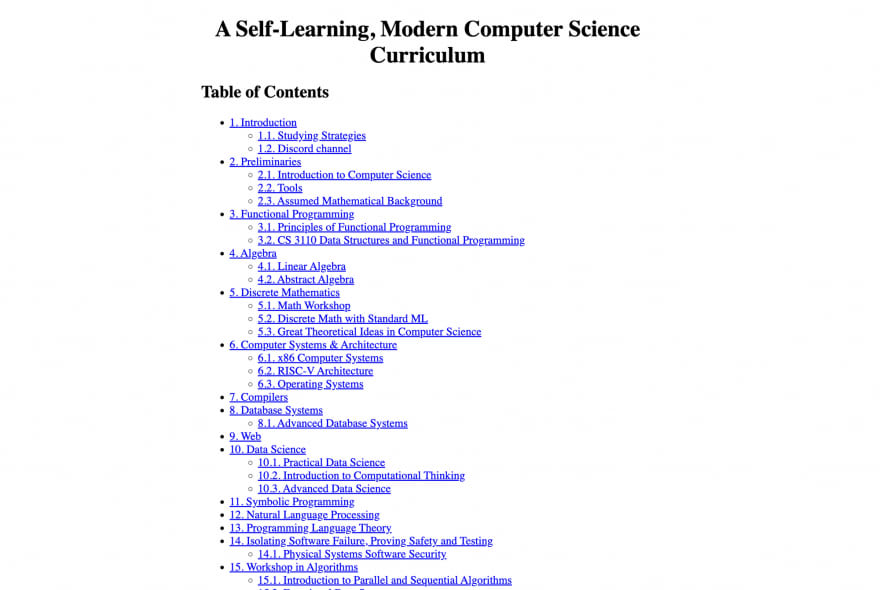 This is also another popular but more "underground" set of resources. I've seen it linked a bunch in Reddit posts and Discord servers.

Nevertheless, it's still a solid list of resources with a focus on functional programming.

So you would expect courses such as:

They not only do that but cover most core computer science subjects and a lot of "niche" subjects which you might find interesting. 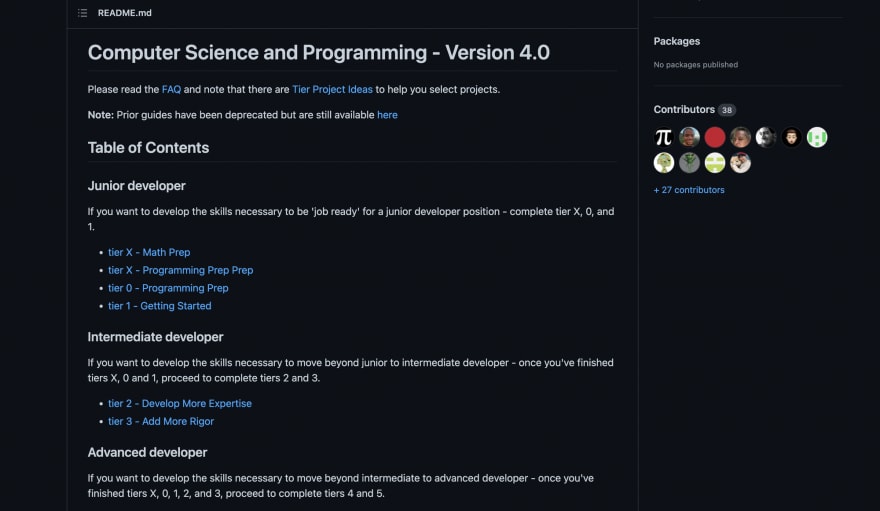 If you want a good balance of theoretical computer science and practical programming then P1XT might be for you.

The nice thing about P1XT is that it's separated into your typical software engineering levels such as Junior, Middle, Senior Engineers.

They have a nice balance of theory and real-world. So you can expect lots of practical projects such as clones of popular web apps.

To be fair, once you get to the intermediate-advanced stage, the content starts to focus a lot more on web development so lots of Javascript and HTML/CSS courses. But nonetheless, they also cover all the core CS subjects. 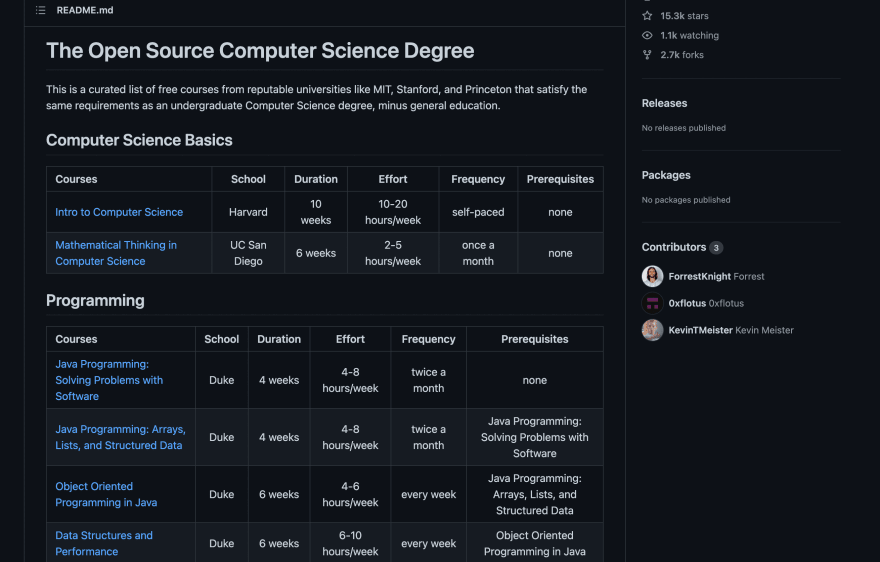 I was pretty sceptical about this one at first because it was made by a "YouTuber", but it's not a bad list whatsoever.

It's made by a popular programming YouTuber called ForrestKnight. He made a video explaining why he chose the specific course and subjects in his list.

You can check it out here.

As I understood this was inspired by the OSSU computer science resource but is more minimal. There aren't many courses but it still covers a good amount.

Now, you might be feeling a bit overwhelmed by the number of choices you have. But don't worry, just pick one and stick to it.

Most of these lists are pretty similar, they get different once you get to the advanced courses. At that point, it all depends on your interests.

I might have missed some other cool resources, so if you got any and want me to add them to the list, feel free to message me on Twitter and I will get back to you.

Thanks for keeping DEV Community 👩‍💻👨‍💻 safe. Here is what you can do to flag tamerlang: