📌 Setup of Git and Github on System

📌 Concept of Github and Git

📌 Some Practices to avoid Conflicts

Hello fellow readers, this is a going to be third part of the series Git and GitHub Tutorial: Beginner to Advanced. Are you a new reader?

Here's the link to previous parts of the series - 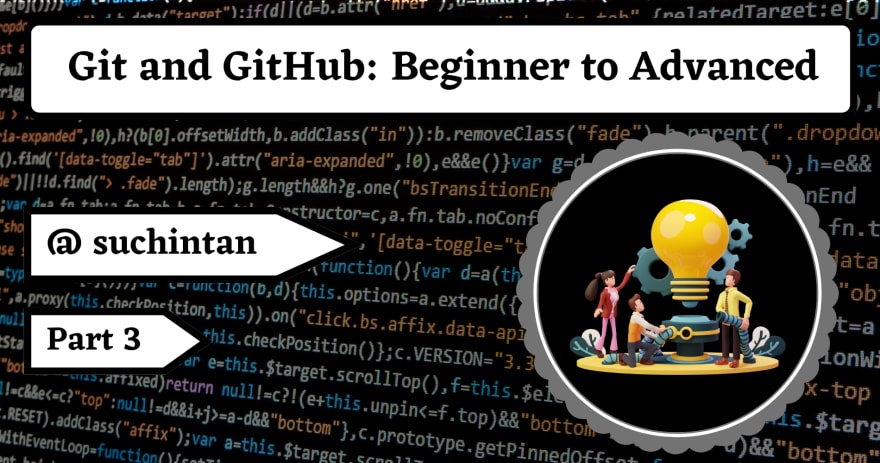 I know most of you guys are familiar with merging and is even familiar with the command that is used to merge two branches. Now's lets dig a little bit deeper over the topic. I can guarantee you, it would worth it. 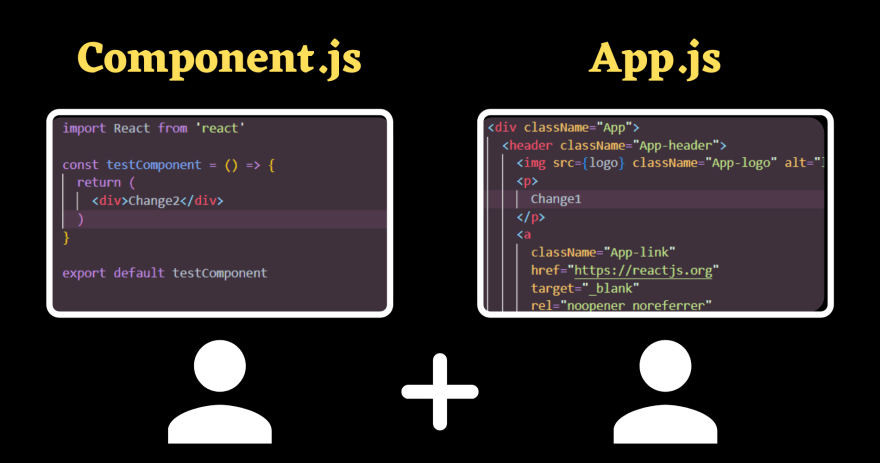 In this case the changes are on different files so Git is not confused about merging them and Auto-merging is done by Git itself 🙂. 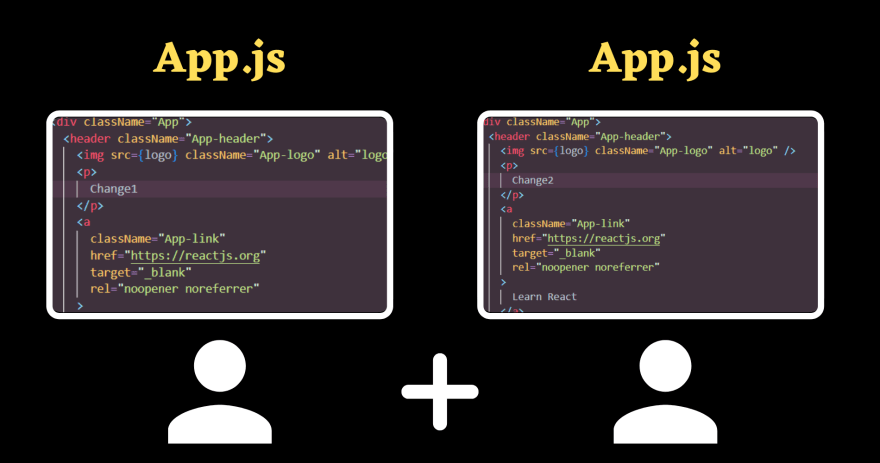 In this case two developers 👨‍💻 have edited the same file with two different things. Due to this reason when the merge is done it is landing into a conflict as Git can't understand which changes are meant to be kept and which ones to be discarded 😔.

But don't worry ! Git is a smart system and it knows it needs to ask the user in such cases. Let's see how it looks- 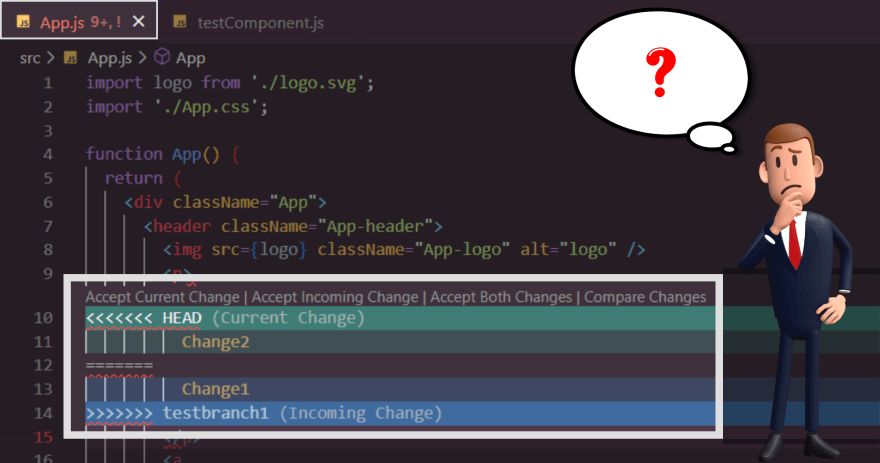 Now that you have faced a conflict on the codebase , let's learn how to fix the same.

There are two ways to fix this-

Here's the format of the conflict through git on codebase-

Just select the one you want to keep and remove the others. Let's take you want to go with the current branch code.

So, change this to - 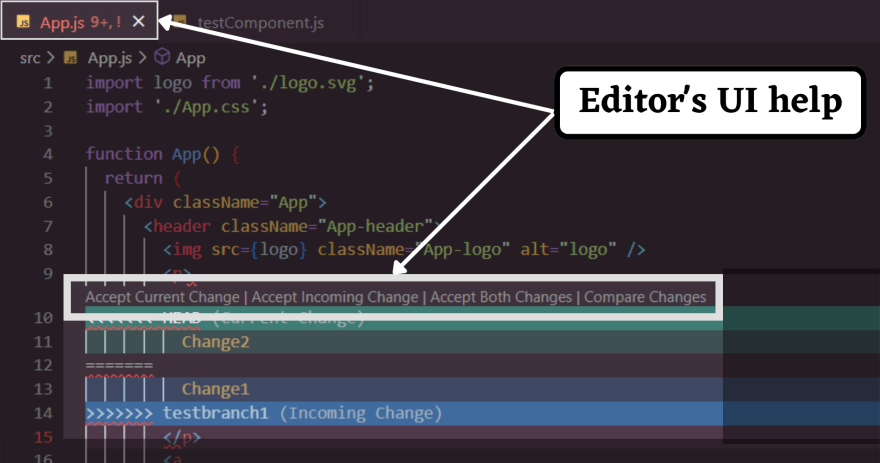 The files which have conflicts are at Staged changes so you can either list them, or see all the files which are Red colored to get an idea of those files with conflicts.

Secondly with the use of those buttons you can select the code of which branch you want to move forward with and it would remove all other unnecessary stuffs for you on it's own.

As you are done with removing all such things just add all the files with git add . and then same procedure of commit and push ( git commit -m "commit_message" + git push )

Some Practices to avoid Conflicts ✅ 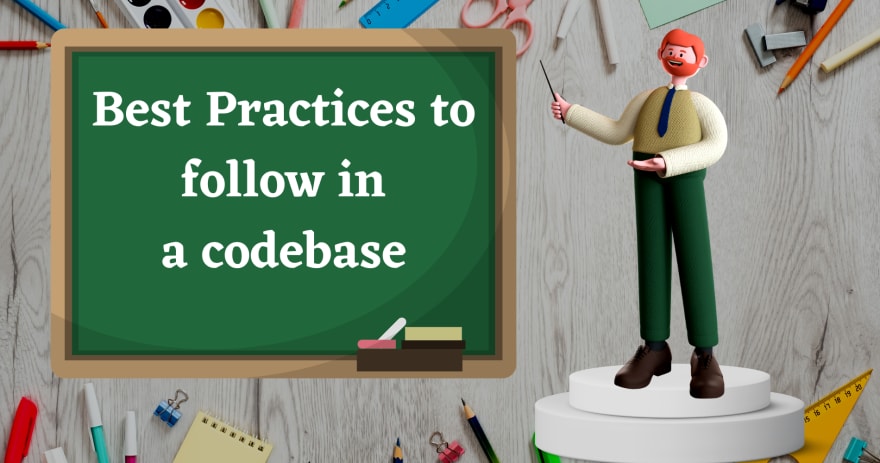 Facing too many conflicts on a codebase can be a tiring task to handle. Here's some good practices to avoid such conflicts which would make your life easier -

I know this section is something which most of you guys will think as not so important , but which you would be working over a codebase you will know why we need such stuffs.

I know some people would have heard it quite frequently while working in a company or open source projects. In case you haven't don't worry ! I am here to introduce you to this concept 📕.

Let's try to understand it through a diagram - 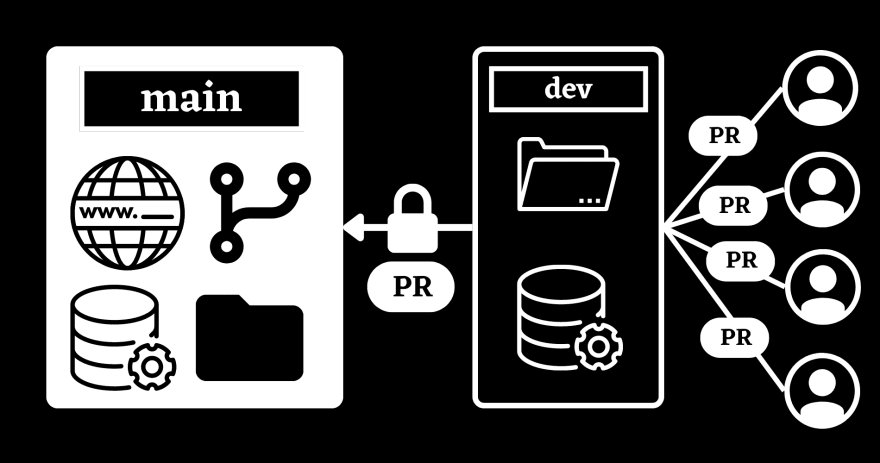 While working in a organization 🏢, there need some control over what things can go to the important branches. Like dev branch which is mostly second important branch where all the things related to next release are integrated.

Main branch is one of the branch that organization uses for CI CD pipeline with their hosted website. So, anything in that branch will go live in front of the users 💁.

So, yes only some people should be able to push any code to these critical branches. Otherwise things can go very bad.

That's where Pull Request ( PR ) comes into play. Every developer when they want to merge their code with any of these critical branches. They make a pull request through GitHub GUI and the authenticated person will check all the code and if it is correct, allows the merge to happen.

Let's see how to create one Pull Request through GitHub GUI. 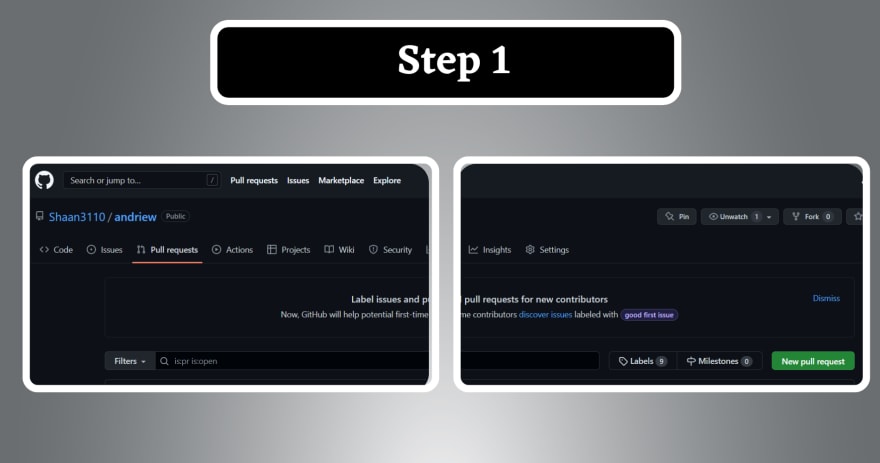 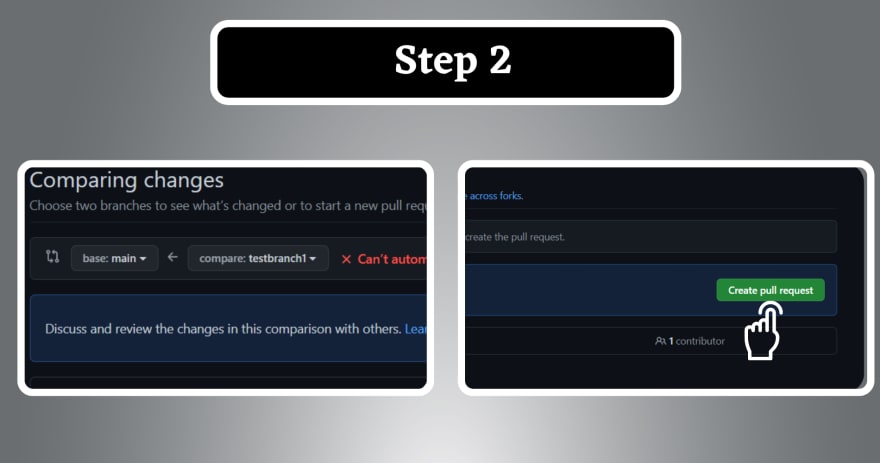 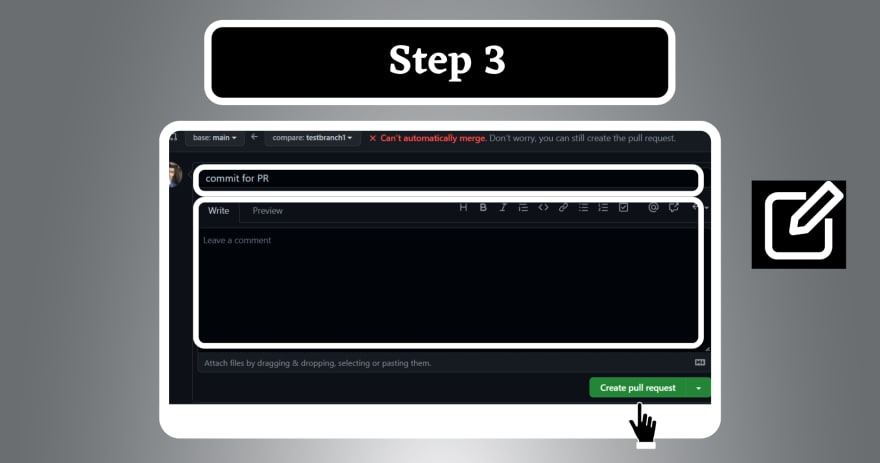 Are you are reviewer ? And got a PR like this ? Worry not let's cover this issue for you so that you can work without any worries. 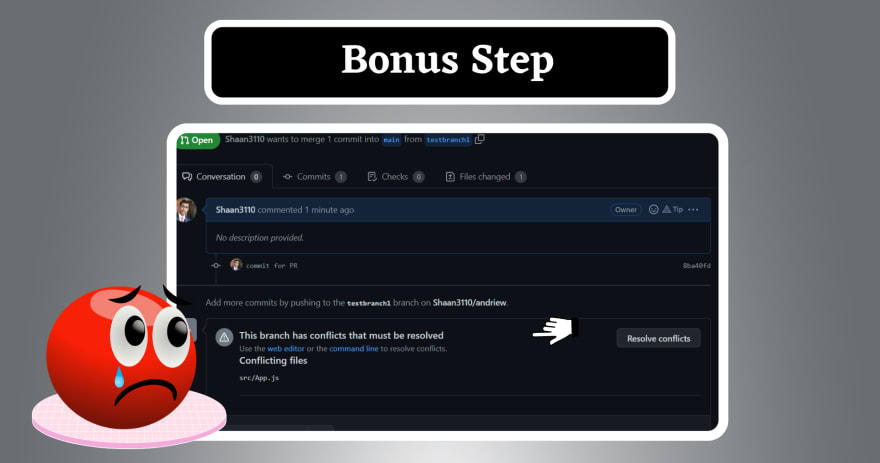 To fix this use these command ( GitHub GUI will not help you here !)

I know many people were waiting for this set of cheat sheets. So, here we are-

Now you know all the beginner commands to do the same. Why not speedup this process with a single command ?

Switched to a new branch 'name_of_branch'

Now you know all the beginner commands to do the same. Why not speedup this process with a single command ?

🖇 Delete origin with no Remotes

Many times we have a branch deleted from the repository but we didn't noticed it and it's local reference is still there. Use this to delete them in one go.

🖇 Delete all Local and Remote branches

Are you done with a project. Want to clear all branches and local code stored on it ? Use this -

Want to get a view of all the changes that are done to Git. Yes, it's possible in Git to view history.

Tap Enter for more and q to exit.

🖇 Summary of Logs of Git

Can't get a good idea with just the title ? Use this command to get a good detailed brief over all the logs

Are you going to create a PR . What if I tell you , you can compare two branches on the terminal itself and get and idea how many changes are there between the branches. It's cool right ?

🖇 Delete all Local and Remote branches

Want to delete a folder or file ? Use this command to achieve it ! Most useful while you need to execute such commands through terminal of Cloud.

You have made it till the end of this whole series 🤗. More such series are on the line .

It would be encouraging if a small comment would be there on the blog. I go through each one of them so do comment 😉.

If you want to get a notification 🔔 when it would be published , don't forget to tap on the follow button ☝.

And at last I want to say 👇

How I update my Twitter profile automatically using Python.

I got my first Pull Request merged!

Once suspended, suchintan will not be able to comment or publish posts until their suspension is removed.

Once unsuspended, suchintan will be able to comment and publish posts again.

Once unpublished, all posts by suchintan will become hidden and only accessible to themselves.

If suchintan is not suspended, they can still re-publish their posts from their dashboard.

Once unpublished, this post will become invisible to the public and only accessible to SUCHINTAN DAS.

Thanks for keeping DEV Community safe. Here is what you can do to flag suchintan:

Unflagging suchintan will restore default visibility to their posts.