NOTE: Following are my personal opinions. I'm writing them out because I want to sort my thoughts on the given topic, share my concerns and see if I can get something out of the feedback received. This is mostly a stream of the consciousness so it might be a bit all over the place, my apologies.

This post was sparked after a year of increasing additions of political messaging to FOSS documentation pages, repos and presentation pages over the past year with most recently soliciting me to vote in the American elections. Needless to say that I'm not an American.

Majority of FOSS and tech in general is America centered, or to be even more specific if the company is located in California it is often Silicon Valley centered. That seems to be obvious given that all the major brands are located in few centers there. Much can be said about that and its effects. Heck, much has been written about it already.

I don't mean to talk about i18n and l10n efforts with things like documentations (which are greatly appreciated), after all English is the de facto standard and it makes sense that developers/companies focus first on their home market / biggest most accessible market available. I want to focus specifically on how this affects things when it comes to spur of moment decisions like adding political messaging to official documentation pages.

The problem in my opinions comes when it is forgotten that there are other places than the primary market and that on the Internet everything is accessible globally (unless you make it not, but even then there are workarounds). And since other major companies are also in pretty much the same space there isn't any immediate push back to one assumptions.

In international environments misunderstandings are quick to occur. This especially applies when a message that is meant for the American market is seen by everyone around the globe. It isn't that big of a deal when it comes to technical messages (though assuming that everyone is on the same level as Silicon Valley has in the past been seen as condescending by people and is at the very least very much out of tuch), but it can get really explosive with political or moral messaging.

First of all, USA has the freedom of speech. Many places in the world are not as fortunate. Just viewing the message could land one in hot waters with authorities or cause other problems.

Second due to cultural differences, political realities and language barrier, your great message of support might get misinterpreted. For example showing support for one group you like might get misinterpreted by the reader as that you are supporting terrorists who killed their uncle (say the Israel/Palestine mess). Honestly does a company or FOSS developer know enough or really cares about issues not related to their mission or bottom line?

Third, who cares about your politics/ethics and why are you pushing it into space where it does not belong. Obviously except your company/tech is directly impacted by the given issue. So for example it is appropriate for ProtonMail to speak about privacy laws, regulations and related politics, but it would be weird for them to suddenly start talking about nuclear energy policy. 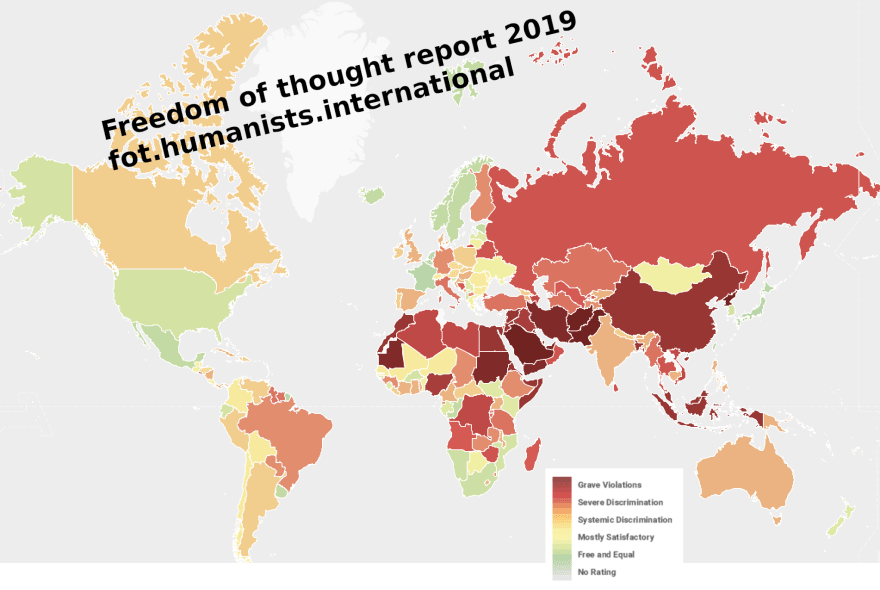 Now since you are on Dev.to, you are probably not an expert on international relations, culture, economics and politics. Neither am I, even though I study them daily. Our expertise is technology and the field in which we apply the technology (hopefully). Plastering off-topical messages over docs/websites with tech is in my opinion inappropriate and annoying at best of times, especially when it about a local issue (and yes, as much as you might hate it, American elections, domestic policy and issues is a local issue that does not concern people who are not in America or that don't have any tie to the issue).

The common retort is that these are all private companies and they can do what they want. Short answer is no, they can't. Especially when it comes to large companies that use Section 230 of CDA protection. But more importantly, how would you feel if those companies switched their position in one month and started promoting the exact opposite of what you support.

It gets even more complicated with FOSS projects. Many FOSS projects today have adopted some policy in one way or other regarding conduct, etc. Often these talk about creating "open, welcoming, diverse, inclusive, and healthy community". All nice sounding words, but I have grown rather cynical over the years as I have seen nice sounding words like these abused and twisted for the needs of people who wanted to exert power over others. I would argue that adding political/moral messaging goes against these policies and their goal of creating inclusive environments (and please spare me with "everyone who disagrees with [insert political/moral message] is a bad person").

For a very long time it was not acceptable to add unrelated political messaging to tech projects and their presentations. Besides my complains, when I see American political messaging, I also then want to know where is the political messaging for the international issues like Hong Kong, Brexit, Xinjiang "re-education" camps, Belarus, Crimea, South China Sea, etc.? There isn't, why? I guess the answer would be somewhat along the lines of what I have outlined above. Yet somehow American domestic issues get an exemption.

I have first noticed this trend starting around 2014, but only in the last year has it grown to an intensity and prevalence that I think it is time we had an overdue talk about this. Maybe the international community should demand equality and inclusion on tech sites that can't help themselves to spout political messaging. Maybe it is time to remind people that there is more to the world/Internet than just America.

PS: I did find one positive result of all this a few sites did get a dark theme and at least in one instance it was related to political messaging.

What language or framework are you planning to learn in 2023?

ChatGPT is the Game Changer!

Once suspended, storytellercz will not be able to comment or publish posts until their suspension is removed.

Once unsuspended, storytellercz will be able to comment and publish posts again.

Once unpublished, all posts by storytellercz will become hidden and only accessible to themselves.

If storytellercz is not suspended, they can still re-publish their posts from their dashboard.

Once unpublished, this post will become invisible to the public and only accessible to Jan Dvorak.

Thanks for keeping DEV Community 👩‍💻👨‍💻 safe. Here is what you can do to flag storytellercz:

Unflagging storytellercz will restore default visibility to their posts.