Hi, my name is Sara Chipps, first time Stack blogger, long time Stacker (I’ve always wanted to say that!). I’m the new Director of Public Q&A at Stack Overflow. I’ve been at Stack for a year now, and I’d like to share with you one of my worst days at work, and what it taught me about the Stack Overflow community.

A little about me: I’m Stack Overflow user #4140. I was in the beta and one of the first people to ask a question on the platform. Stack Overflow has been a big part of what I do for a long time. I’ve been an active member of Q&A, a participant on Area 51, and a lurker on Worldbuilding, Cooking, and Code Golf. I’ve looked for new opportunities on our Jobs board and placed job ads when hiring great talent at companies I helped run, like Jewelbots or GDI.

The thing that really connected me to Stack Overflow and its community, however, is the simple fact that I’ve been a software developer for 18 years. I cut my teeth on MS SQL and Data Warehousing. I moved on to C# and .NET in 2006. I was a .NET MVP for 2009 and 2010 before switching to JavaScript, Node.js, and building Nodebots in 2011. I love JavaScript with all my heart, warts and all. Since joining Stack Overflow’s engineering management team in 2018, I’m back in the world of .NET and on the board of the .NET foundation helping the framework build the future of the internet.

I care a lot about representation in technology, and a future where people from underrepresented groups in technology are hired and succeed at the same rates as their peers. Being a part of the team helping to guide the direction and growth of community is an incredible honor.

We’ve been working on exciting things the past few months to make the site more welcome, diverse, and inclusive. To kick off these changes, we started with the tools that our moderators and power users rely on to make Stack Overflow the best site for developers online. The thing I’ve seen our Community Managers push for the most is updating these dated tools, some of which haven’t been touched since we first launched! The team formerly known as DAG (Developer Advocacy and Growth), now part of the Community team, started by rolling out the Tag Synonyms Refresh and the improved Moderator Dashboard. Paying down this debt will continue to be a priority as we work to get our mods best-in-class tools to manage their communities.

The second thing we are prioritizing requires a bit of a story. When I joined Stack Overflow almost a year ago, I was blown away by how kind and generous all my coworkers were, and the engineering team is no exception. As engineering manager for the team charged with working on our Talent product, I got to work closely with brilliant people I really respected. It was a treat to be collaborating with lifetime learners and natural teachers, the kind of engineers that you would want on any team.

About three months in, on a Friday afternoon, we introduced a new company-wide policy that I felt was relatively benign. What happened next was that, from my point of view, the engineering team completely lost it. No one agreed with this policy, and they made it known over seemingly hundreds of Slack pings. After an afternoon of going back and forth, I walked away feeling emotionally drained. What had happened to my amazing coworkers that were so kind and wonderful? I felt attacked and diminished. It seemed people weren’t valuing my work or my judgment.

I went home for the weekend and stewed in my frustration. I replayed everything that happened in my head and each time got more frustrated with the way people reacted. When Sunday rolled around, I decided I wanted to look back at our Slack conversations and see which one of my coworkers was being the rudest and the most unreasonable. I wanted to give them direct feedback that they had hurt my feelings.

As I went back through that Friday afternoon chat log, I was shocked to see that no one had been hurling insults. There was no one saying mean things about me or attacking my efficacy directly. In fact, what I found was that people had some well put together arguments about why they felt this policy was a bad idea. The entire engineering department definitely made their criticisms known, but I didn’t find people questioning my ability as a manager, throwing around insults, or saying anything that that illustrated why I was feeling so targeted. 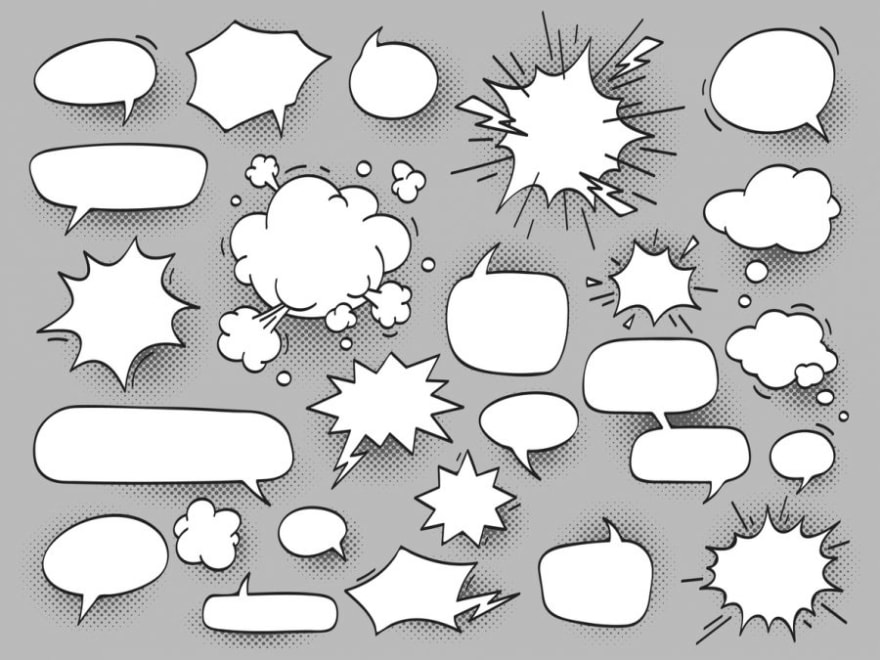 That was when something became crystal clear: my coworkers hadn’t become monsters, they were still the kind and caring people I thought they were. The monster in this case is not one person, it was created when lots of people, even with great intentions, publicly disagreed with you at the same time. Even kind feedback can come off as caustic and mean when there is a mob of people behind it. No matter how nicely they say it, when a large group of people you really respect publicly challenge something you’ve done it can feel like a personal attack.

When I realized this, some of the confusion I had seen about unwelcomeness on Stack Overflow started to make sense. In our developer survey results we read things like this:

However, when our more experienced users hear this feedback they ask us to provide them with definitive examples of WHERE EXACTLY people are being unfriendly? There isn’t a lot of name calling or anger, why are they being accused of being unfriendly?

People tell us they are afraid to participate because of how mean their peers can be. The way the system is currently built, when you ask a question that could use some editing or is a duplicate, a bunch of people come out of the woodwork to tell you you’ve done something wrong. 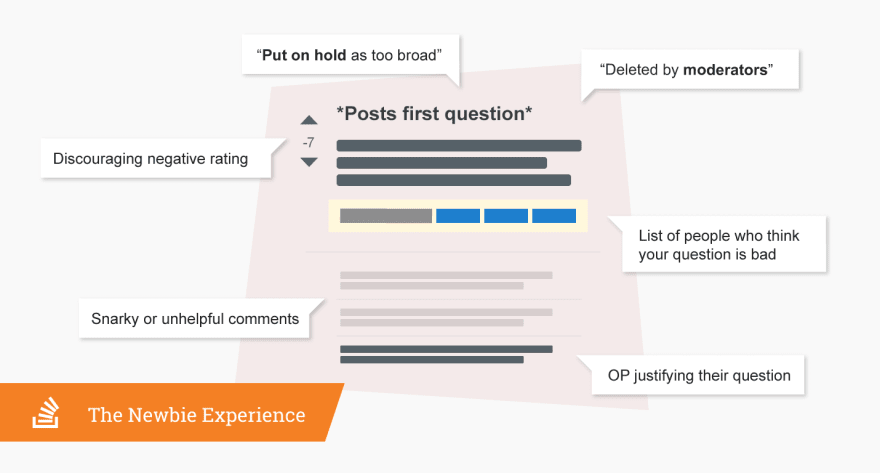 They could say it in the most neutral possible way, but no matter how you approach it, a dozen people pointing out your errors feels terrible. Not only does it feel terrible, but it can also be not beneficial for overall content quality, not to mention an ineffective way to get someone to improve their question. There is also a big yellow box that gives you the names of engineers that voted your question closed or deleted. That in itself can feel really bad especially as our high rep users skew toward more experienced and respected engineers.

On one hand, our more experienced power users tell us they feel called out for being unfriendly even when they are just trying to be helpful; on the other, our newer users and people that don’t participate tell us they think Stack Overflow is scary and they are afraid of judgement. In the past, we’ve prioritized getting rid of unfriendly comments. We’ve seen improvementsthere, but we still hear people feel targeted even when there aren’t unfriendly comments. This problem is on us and it’s because of how we designed the question asking and closing process. People are using the product as it was designed and as a result people feel called out or, even worse, discouraged from ever asking a question again.

Over the next few quarters, we’re going to be taking a step back and re-evaluating how we deliver feedback to users about their questions. We want to make sure people are getting necessary feedback without feeling called out or publicly embarrassed. We will be working on new paths to improve content quality and reduce friction between people. Our goal is to have the question asking process be painless and beneficial for new users and Stack Overflow veterans alike.

By improving the way people give each other feedback, we can improve question quality without putting the burden on our users to police the website. We will empower our long time users to become mentors and teachers in order to bring the spirit of Stack Overflow back to what it was in the beginning, a place where people come to share and learn. By thinking hard about how we give feedback, we’ll help people learn instead of driving them away. We’ll get more people involved and improve question quality.

Myself and the community team are really excited to improve the experience that all levels of coders have on Stack Overflow, from new users that are learning front-end for the first time to our respected moderators who have been coding for 20+ years. We all have ideas on how to make the system better. The great news is we have experienced researchers, data scientists, and an amazing product manager that will be gathering feedback from us, the community, and many other places and partners to make educated decisions about solutions.

We think the world of our community, and are excited to hear what you think of improvements as we make them. We’ll make sure, as always, to keep you posted.

How To Stay Curious as a Coder

How could you be certified with AWS DevOps Professional?

A Step by Step Guide: The Writing Process to Use to Write Good Technical Articles