Web applications often keep user data in server-side and, increasingly, client-side databases and later display it to users. No matter where such user-controlled data comes from, it should be handled carefully.

This level shows how easily XSS bugs can be introduced in complex apps.

Inject a script to pop up an alert() in the context of the application.

Note: the application saves your posts so if you sneak in code to execute the alert, this level will be solved every time you reload it.

Our approach will be:

So let's start by trying out some random input.

and yay! our post in madchattr. If you refresh the page you can see the post is still there which implies that our input is being stored somewhere.

So we can now say that it also renders the HTML. You know what our next move going to be 😉

but things didn't go the way we wanted. Nothing gets displayed which is obvious but nothing gets executed as well which forces us to charge up our weapon, THE DEV TOOLS! 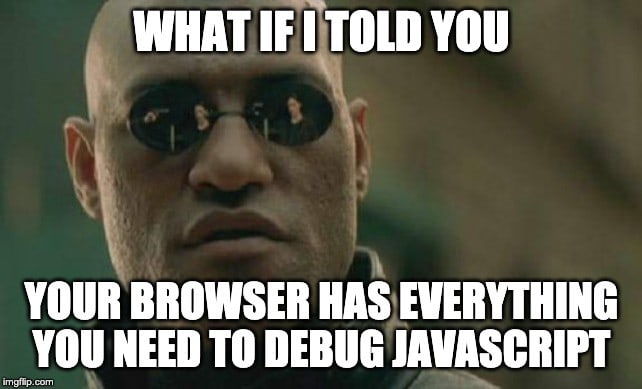 On inspecting the last post we see that the script tag is inside <blockquote>.

Does blockquote prevent the script from executing? I don't think so and after trying it out I'm sure it's not the blockquote.

On inspecting the input which is a HTML form we see that id="post-form". Making an assumption, there must be some eventlistener which will be listening to the form submission and will be processing its data. Let's search for the submit keyword in the developer console.

from debugging we understand the following about the application:

after a little bit of googling, I found out that element.innerHTML prevents script tag from executing.

If a <div>, <span>, or <noembed> node has a child text node that includes the characters (&), (<), or (>), innerHTML returns these characters as the HTML entities &amp;, &lt; and &gt; respectively. Use Node.textContent to get a raw copy of these text nodes' contents.
Read more

Now that we know who is messing with us, we need to make a payload and we'll be using inline JavaScript.

It is not a script tag so it will be rendered and when the button is clicked, onclick comes into play. It executes alert('xss level 2') and pops an alert which is what we wanted.

you can try other payloads as well:

Before ending the post I would like to show how crazy XSS attacks can get. Copy-paste the following and the rest you'll see.

what makes it dangerous is that it is being stored in the local storage so even if you refresh the page the script will execute again, not only for you but for all of those who can see the post.

We are not done yet!! We have 4 more levels of Google XSS challenges to complete so head over to the blog section and check out walkthroughs.

“I am still learning.” — Michelangelo