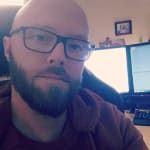 Differences between "null" and "undefined" keywords?

I recently read this article by @nunocpnp about the technical differences between null and undefined in JavaScript. After reading, I realized how the semantics of falsy values can be easily dismissed and overlooked. The very fact that these two constructs are often confused, or interchanged in the worst cases, means that there is a need to be more informed about the subtle and nuanced semantics behind falsy values.

In this article, I will discuss just that. I wish to expound on @nunocpnp 's article by accompanying the technical differences of falsy values with their the semantic context. By the end, we can all be better informed about the proper usage of the many falsy values in JavaScript.

Of course, this doesn't mean that everything that I will discuss strictly applies to the JavaScript language only. Other languages have their own falsy constructs but similar—if not the same—semantics.

Without further ado, let's begin with the simplest and most straightforward falsy value: false.

The boolean false is used to communicate when a boolean condition is not met. Its usage is most appropriate for checks and guard clauses, where a condition can only be either true or false—nothing more, nothing less.

The integer 0 must only be used in numerical operations or—in rare, low-level cases—for bitmasking. The number 0 is always a numerical construct. Therefore, using it as a boolean construct is semantically incorrect and strongly discouraged.

Not a Number (NaN)

Although empty arrays are in fact not falsy values as ruled by the language specification, I still consider them to be semantically falsy, if that makes sense. Furthermore, since strings are technically just arrays of individual characters, then it follows that an empty string is also a falsy value. Strangely enough, an empty string is indeed a falsy value (according to the aforementioned section in the language specification) despite an empty array being otherwise.

Nonetheless, empty arrays and empty strings as is are not to be implicitly interpreted as boolean values. They must only be returned in the context of array and string operations.

For instance, an empty array can be returned if an operation just happens to filter out all of its elements. The Array#filter function returns an empty array if all elements of a given array meet a certain filter condition. After applying a filter that happened to eliminate all elements, it simply makes more sense to return an empty array instead of some other falsy value like false or NaN because the resulting empty array implies that it has been filtered from a previous array.

However, if one truly insists to interpret an array as a boolean type based on whether or not it is empty, it is desirable to use the Array#length property. However, since it returns an integer value, a semantically correct—albeit rather pedantic—implementation requires an explicit conversion to a boolean primitive.

Just like empty arrays, empty objects are considered to be "truthy" by the language specification. For the sake of this article, I will also consider them as semantically falsy.

Empty objects follow the same reasoning as empty arrays. They can only be returned as a result of some object operation. They cannot be used as reckless substitutes for boolean primitives.

Fortunately, there exists a falsy boolean construct that literally means nothing: null. If an object operation results in an empty object, it is sometimes more appropriate to return null.

For instance, a function that searches a collection of objects can return null if it fails the search. In terms of semantics, it makes more sense to literally return nothing than an empty object. Additionally, since all objects are truthy while null alone is falsy, such a search function can circumvent explicit boolean conversions. An example of a semantically correct object search function is document.getElementById.

Concisely put, the semantics of null revolves around the fact that it is a deliberate and explicit representation of absolutely nothing. One can think of it as an "emptier" object than an empty object. In this light, it suddenly makes more sense why typeof null returns 'object' .

To put it more concretely, let's suppose that document.getElementById returns undefined if an HTML element with the given ID doesn't exist in the current document. Wouldn't that sound rather strange?

It is for this reason why null is more correct and desirable than undefined when returning nothing. Although the two basically mean the same idea of nothingness, subtleties in the language completely change their semantics.

Semantics is a particularly irking subject in programming because it doesn't significantly affect the behavior of a program, yet it plays a huge role in the readability and maintainability of code.

As illustrated by null and undefined, two constructs can be semantically different despite representing the same idea. It is for this reason that we must be aware of these nuances in order to write more consistent and maintainable code.

As a general rule of thumb, falsy types must be used and returned in the correct context. Relying on implicit type coercion is discouraged because it does not respect the semantics of data types. When converting types, especially those that are boolean by nature, it is always semantically better to explicitly convert them.