I was stoked to attend SmashingConf in Toronto this year. SmashingConf is the place to be if you want to learn about front-end and UX development. My colleague Blaine Hussey and I were so excited that we showed up at 8:00 a.m. and waited anxiously for the doors to open. 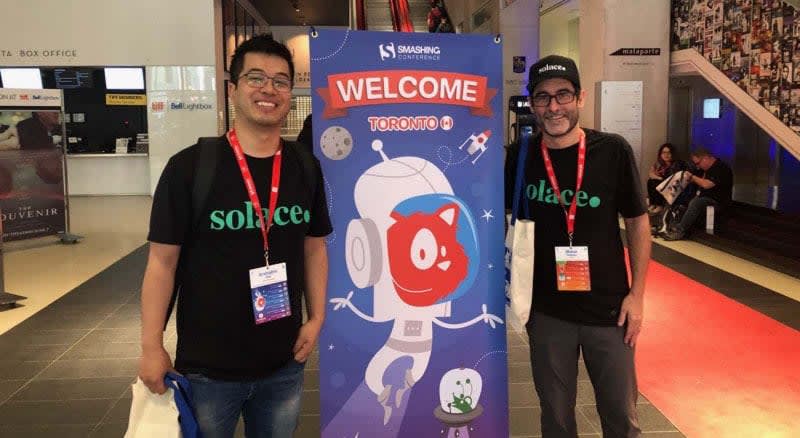 Me on left, Blaine on right

On the first day, seven speakers delivered compelling talks about everything from animation and front-end code architecture to inclusive design and digital policies. I’ve summarized what they talked about here, and written more over on Medium.

It was an informative day, and if you find these topics as fascinating as I did, I think you’ll get a lot out of my detailed description of their presentations over on Medium.

The Most Affordable Academic Writing services In The UK