React is a front-end Javascript Library for building user interfaces.

You can start building your react Single Page React Application using create-react-app; which is a tool that takes away the hustle of stitching together build tools, and let's you focus on code; the fun stuff.

I have created web applications in react using this tool.

For file imports in a folder tree that is not deep, relative import paths are just fine.

In many occasions as my project evolves to become larger, I begin to have more files with increasing folder depth.
Importing modules starts to create relative import path hell. 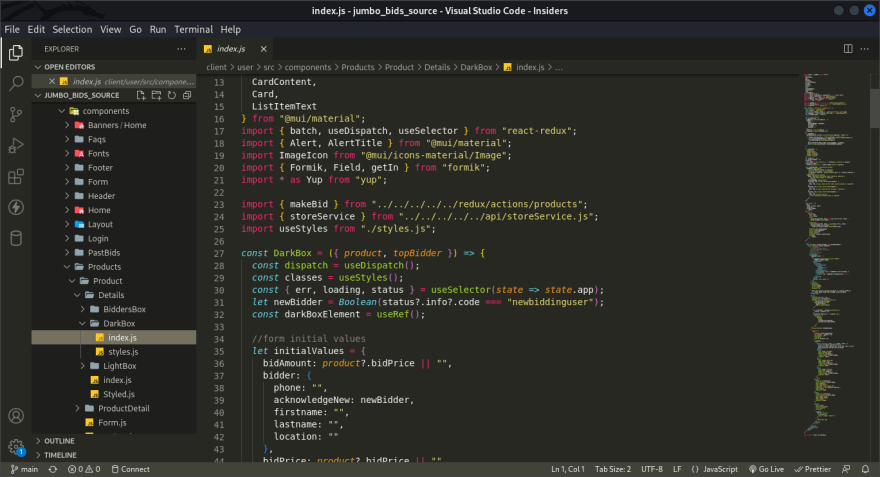 You can use absolute paths to solve these issues.

For a JavaScript project, you can create the jsconfig.json file if it doesn't already exist at the root of your project.

Paste in the below code to the file.

For a Typescript project, most likely you already have a tsconfig.json file. You can configure the baseUrl setting inside the compilerOptions. Just ensure the following lines of code are included:

Now we are ready to use absolute imports.

This is now what my code will look like: 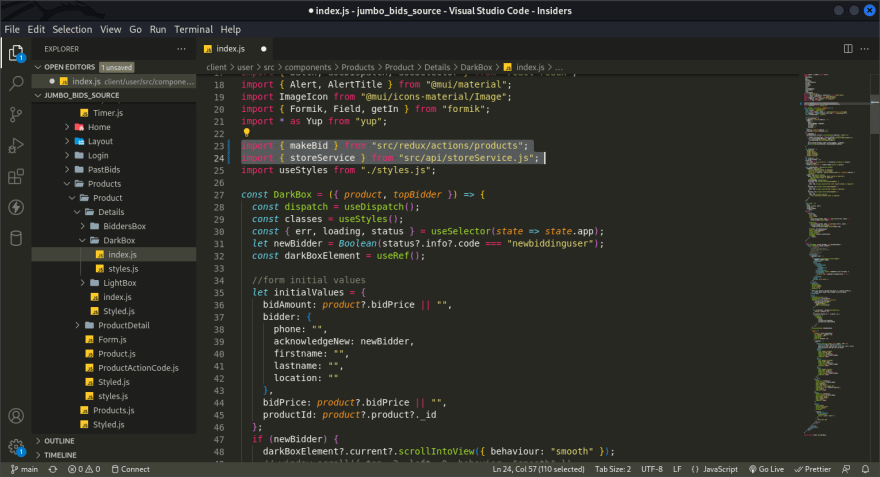 You can see how I import using absolute path like: import { makeBid } from "src/redux/actions/products";.

We can now change the location of the module we are importing without fear of breaking anything. We also have an easy time finding path to our module.

I hope this is useful to you. Happy coding✨.

Smitter hane
A full stack developer. A Linux fanatic. Obsessed with Tech.
How to use Suspense for data fetching in React
#react #productivity #programming #webdev
Turn around your Git mistakes in 17 ways
#git #productivity #github #webdev
Hello Dev.to👋, I built this👇, what do you think?
#showdev #react #npm #discuss

Once suspended, smitterhane will not be able to comment or publish posts until their suspension is removed.

Once unsuspended, smitterhane will be able to comment and publish posts again.

Once unpublished, all posts by smitterhane will become hidden and only accessible to themselves.

If smitterhane is not suspended, they can still re-publish their posts from their dashboard.

Once unpublished, this post will become invisible to the public and only accessible to Smitter hane.

Thanks for keeping DEV Community 👩‍💻👨‍💻 safe. Here is what you can do to flag smitterhane:

Unflagging smitterhane will restore default visibility to their posts.