This article presents an open-source seed project that uses a React frontend powered by a simple Django API. Django React Soft Dashboard can be downloaded from Github without a registration lock and used for commercial products or eLearning activities. For newcomers, Django is a leading web framework actively supported by programming experts and React is a popular JS library for coding user interfaces baked by Facebook.

The product is built using a two-tier pattern where the React frontend is decoupled logically and physically from the API backend.

The product can be used in a local with just a few commands typed in the terminal. The API can be started with less effort via the Docker set up shipped with the product.

Once the commands are executed, we should be able to access the API and create users. POSTMAN is a popular tool for this operation but we can use a command-line tool like cURL as well.

Soft UI Dashboard is compatible with multiple NodeJS versions (14.x, 16.x) and we can compile and start the product with a single command:

Once all the commands are executed we should be able to access the app in the browser, register new users and authenticate. 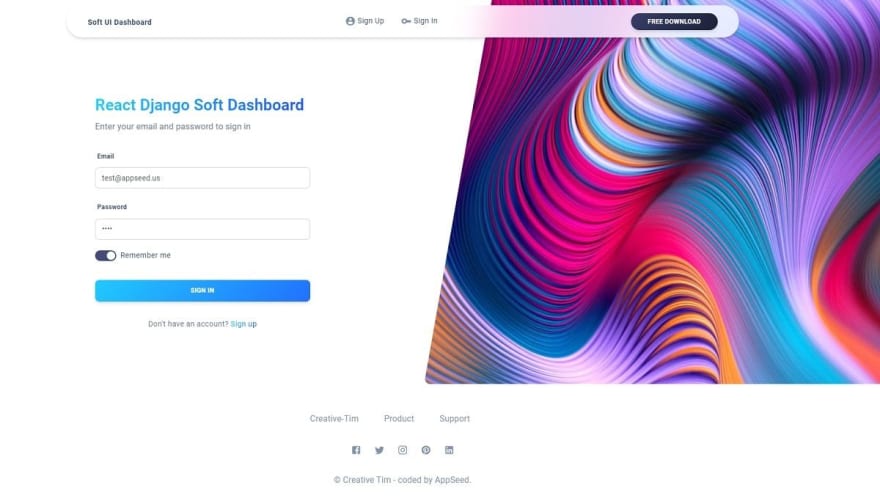 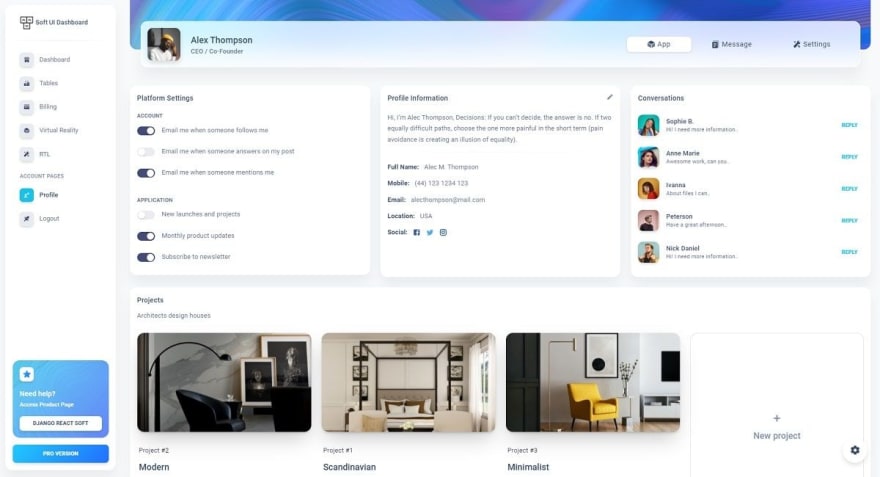 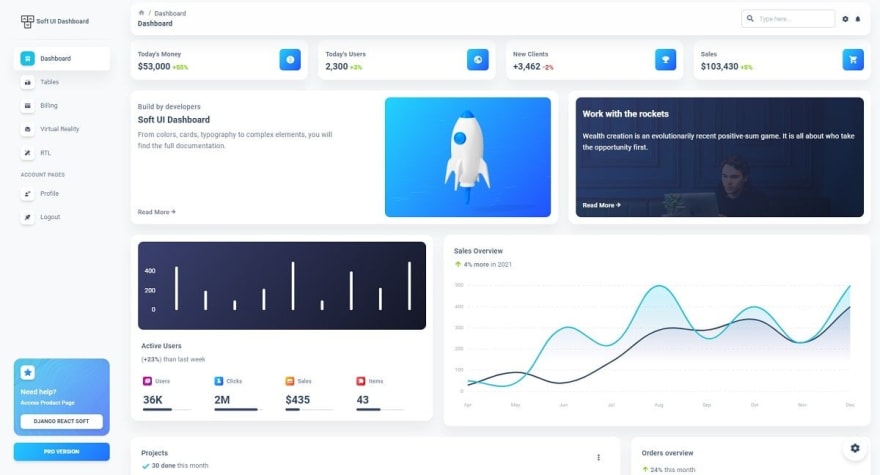 In case Django is not your preferred backend server, the react frontend can be also used with NodeJS, Laravel or Flask (all free).

Thanks for reading! For more resources, feel free to access: