This article presents an open-source Django Bootstrap 5 starter crafted on op of Volt Dashboard template, a modern jQuery-free design. The product can be downloaded from Github and the permissive license allows the usage for unlimited hobby and commercial products. For newcomers, Django is a Python Web framework built by experienced developers that encourages rapid development of modern web applications.

For newcomers, this section explains what is Django and the basic features offered by this popular Python-based web framework. To code a simple web app on top of Django, Python must be installed and accessible via the terminal. Just to be sure we have Python on our workstation, we can type python --version in a terminal window and check the output. Anything that's not an error, is a good thing.

If this command is not recognized by the operating system, Python should be downloaded and installed from the official website. To complete this phase, feel free to access below resources or just Google for more tutorials regarding Python installation and get back here once the setup is complete.

To install Django, we can use PIP, the official Python package manager:

Django comes with a powerful CLI (command line interface) to assist developers to prototype a project skeleton with a single line:

This will create a site1 directory in your current directory.

The files created by startproject command:

The meaning of each file:

Once the project has been generated successfully, we can start with ease using the command:

As we can see, getting started and coding a super simple app using Django is quite easy and fun. Our Django sample (Volt Dashboard) comes already with a basic set of features and scripts for smooth integration and deployment.

Django Volt Bootstrap 5 - How to use it

The product can be downloaded and used directly from Github and the build instructions are provided in the README files, saved along with project sources. To compile it, we need to follow this simple set up:

By default the project redirects guest users to authenticate and to pass the login we need to register a user first (there is no default user). 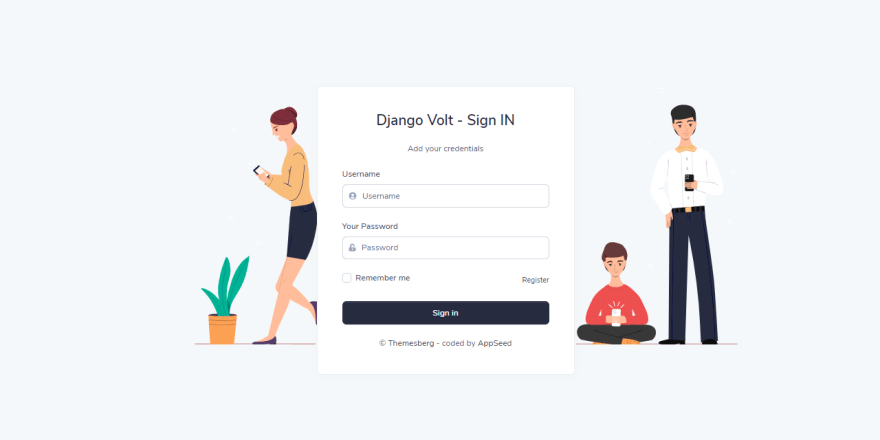 Let's compile the project! If something goes wrong, feel free to ask for assistance in the comments section.

The private pages unlocked by our Django starter are simple with a distinct design: 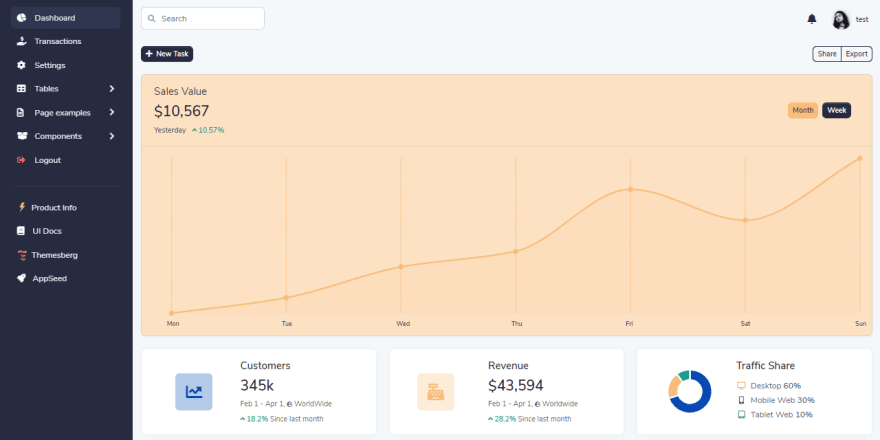 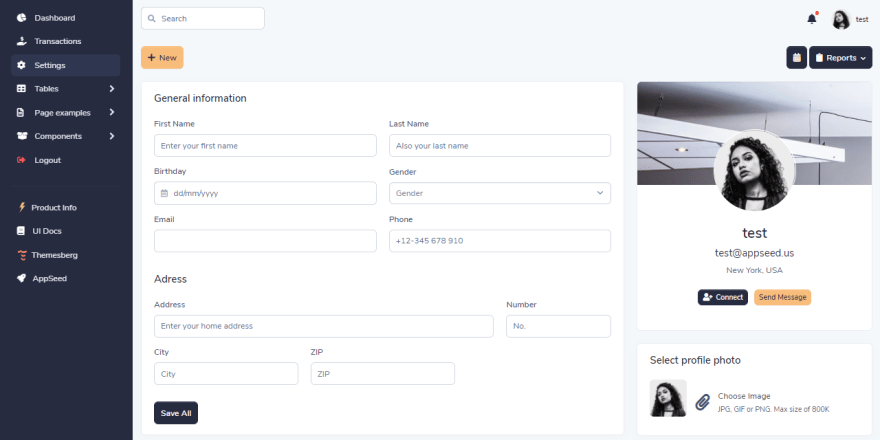 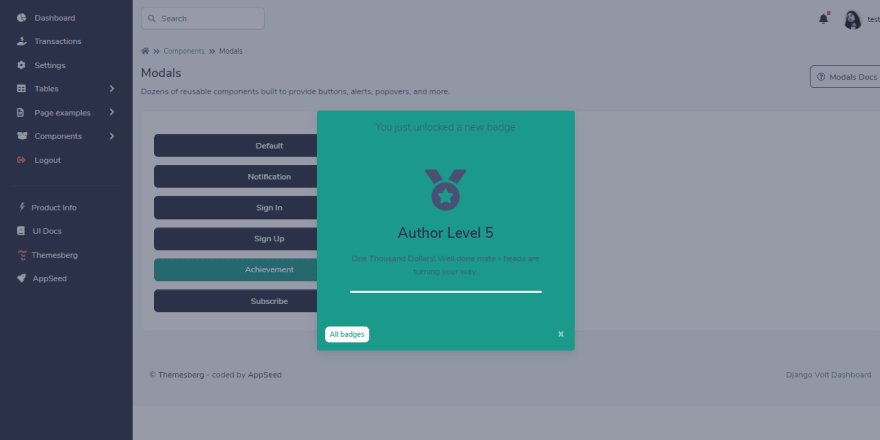 Bootstrap is the most popular CSS Framework that powers 18+ Million websites across the globe. As stands on the HOMEpage, Bootstrap can be used to quickly design and customize responsive mobile-first sites via Sass variables and mixins, responsive grid system, extensive prebuilt components, and JavaScript plugins.

To Read more about Bootstrap 5, feel free to access:

Volt PRO is a premium Bootstrap 5 Admin Dashboard featuring over 800 components, 20 example pages and 10 fully customized plugins written in Vanilla Javascript. It combines colors that are easy on the eye, spacious cards, beautiful typography, and graphics. 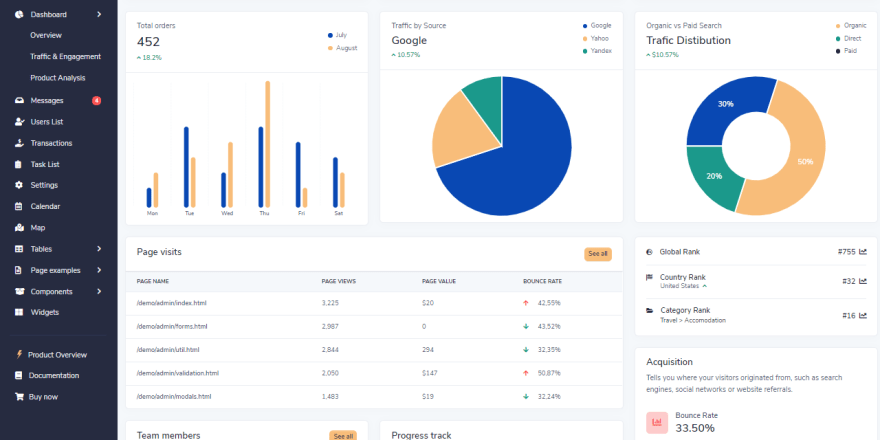 Some libraries you can use with Vanilla JS

Never use a number or currency formatting library again!

Week 2 of my 100daysofcode Challenge