After having dealt on this blog in several articles about webpack, I have started a new series of articles about new generation bundlers. It seems that we are now entering a new era of web tooling.

Having introduced esbuild and its interesting features, it seems logical to me to deal with the “little brothers” bundlers. So let’s start with Vite, a project from the VueJS community and started by Evan You.

With Vite we are in the same situation as with esbuild. Globally the community is happy with the current tools even if they have some performance issues.

As I said in my previous article, having a big JS project today often means having a dev and prod environment that is sometimes a bit slow. Between the choice of tools that do not sufficiently exploit parallelization or memory optimization, or repetitive operations that exploit caching very little, it is easy to identify culprits for these slowness.

NB: I have proposed some solutions to improve the performance of your webpack build in this article.

Moreover, the second generation tools (like webpack, Rollup, Parcel) could not handle from the beginning recent features of our browsers like ESmodules.

What is the idea?

The revolutionary idea of Vite is to combine two tools for two different needs in order to optimize the build to be as fast as possible. The two tools that make up Vite are esbuild and Rollup, so nothing new. But why two bundling tools? Basically, for two reasons:

Feel free to read this doc page for more details.

In fact, how does it work?

Installing Vite is very easy, you just need a dependency.

For the purpose of this example, I propose an example with React (there are already many examples with Vue 😉 )

Finally, we need some small source files for Vite to play with.

Now you just have to start the development server with this command.

🎉 Normally, within milliseconds Vite has started a server and if you go to https://localhost:3000 that presents you with this beautiful application. 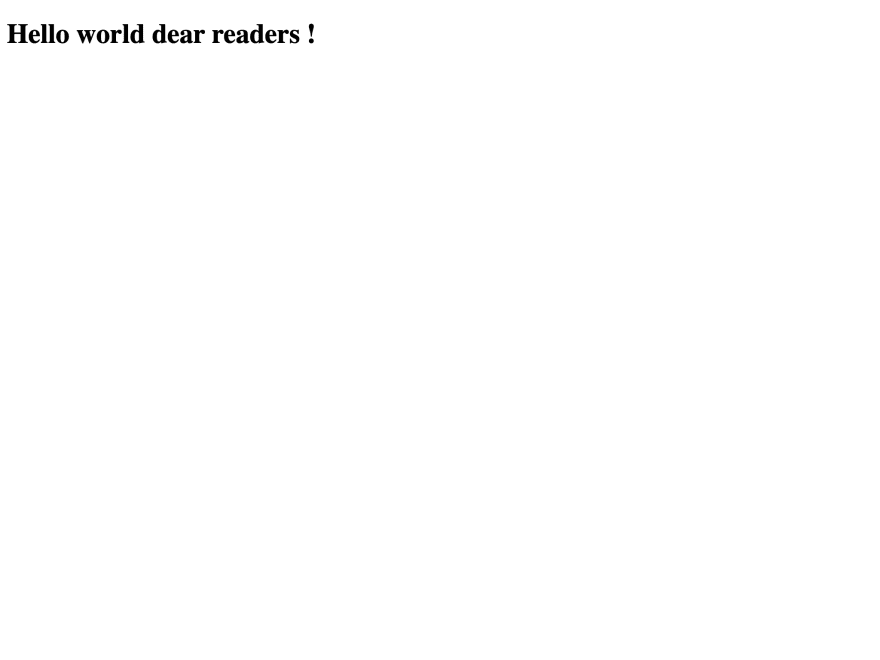 Let’s not lie, it’s a bit sad, let’s see how Vite does if we add some CSS. Let’s put a beautiful color chartreuse to this title. Let’s add the following stylesheet.

Then we just need to add an import to this new file.src/main.jsx

There, now you have a beautiful color that clearly lacks contrast to be accessible! 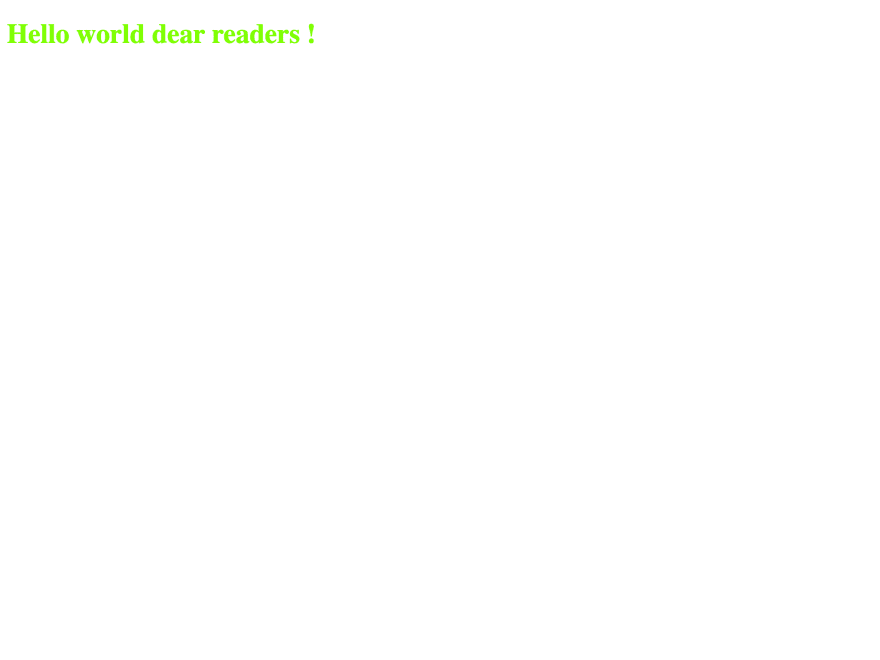 If you now try to run the yarn build command, you can see that Vite will build you a dist folder. Without any settings I have these different resources ready to be deployed on a static server.

We can observe that natively Vite exports 2 javascript bundles (1 for the sources, 1 for the vendors/dependencies) and a CSS bundle that exports the style that has been imported in your application. And this is clearly a big plus of Vite compared to the competition of other tools (although parcel offers some of the same logic). The build is extremely fast and does what you would expect it to do without having to configure it. Sorry but I think it’s great!

I don’t know if you know react-refresh, the official React package that allows you to optimize the auto-refresh of a React application. This package allows you to update your React components on the fly without them losing their state.Vite even though it was born out of the VueJS community, is not specifically oriented towards a frontend framework. Tools like react-refresh are therefore not included by default. So you have to define it in the configuration. Unfortunately, Vite doesn’t fare any better than the other tools; we are forced to define yet another config file at the root of the project.

So let’s install the plugin:

Now I wanted to test some of the more advanced features that you can expect from a quality bundler. So I set up a single page application that uses lazy loading. I won’t show you how I did it in this article, it would be too long but you can go directly to test it in your browser.

So clearly for lazy loading it’s easy with Vite, I’m amazed! The tool immediately detects my use of the dynamic import import() to generate a separate chunk for the JS but also the CSS. 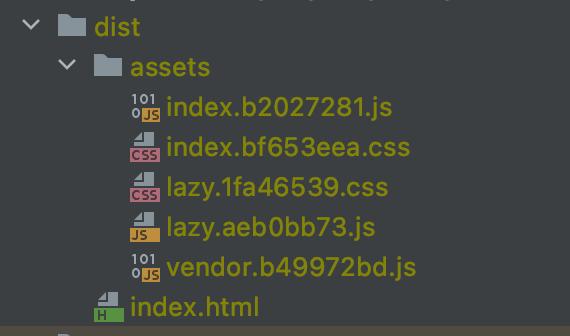 The strengths of Vite

It is clear that Vite has many nice features and advantages. Besides its incredible speed, I would like to note that this bundler offers a really well thought out autoconfiguration.

In the demo I gave you earlier, I didn’t show you that Vite handles natively and without configuration static files, Web Workers, WASM binaries. But it doesn’t stop there, we have to admit that this magical tool also natively supports JSX and Typescript.

When it comes to style management, Vite is not to be outdone. Without any plugin or configuration, it allows you to manage CSS @imports, preprocessors like SASS and LESS, CSS modules and even the postprocessor PostCSS (if you define a configuration).

But the feature that completely blew me away was the rather simple setup of the SSR.

This is the first time I’m talking about a bundler that natively handles Server Side Rendering. I use other tools in production for the different applications I develop. Unfortunately, it is still very complicated to set up such an architecture (even with tools like Webpack).

So we can see that developers are mainly turning to turnkey solutions like Next and Nuxt to manage these issues for them. This is not a bad thing in itself. However, I think that it is sometimes necessary in some projects to take control of this functionality for business needs. So we can only be happy that tools like Vite have thought about it. I invite you to go read this page of the documentation of Vite to understand how to implement this.

So we stop using webpack?

After this laudatory presentation of this tool, one could ask the question yes. However, you should not forget a simple rule.

Everything that a tool tends to do magically for you often becomes much more complicated to customize.

The many choices Vite seems to make to improve the developer experience worry me a bit. I’m a bit afraid that all this default configuration will be complicated to maintain by the Vite teams.

Contrary to esbuild which has the motto “I want to offer a tool that does few things but does them very well”, we have here a tool that makes a lot of promises. However, we must recognize that Vite also offers to use and define plugins to extend its functionalities without making them native to the main tool.

Moreover, it should not be forgotten that Vite is also based on Rollup, a second generation bundler that benefits from a rich ecosystem of plugins that are mostly compatible. But the Rollup configuration is very complicated to edit and maintain, so I hope you won’t have to touch it if you are tempted to test Vite on your applications.

I would like to point out that some tools like VuePress offer today an alternative Vitepress which uses Vite as a bundler.

Before jumping on the Vite solution, I suggest you to test another third generation bundler which is much talked about: Snowpack

Once unpublished, this post will become invisible to the public and only accessible to Antoine Caron.

Thanks for keeping DEV Community safe. Here is what you can do to flag slashgear_:

Unflagging slashgear_ will restore default visibility to their posts.