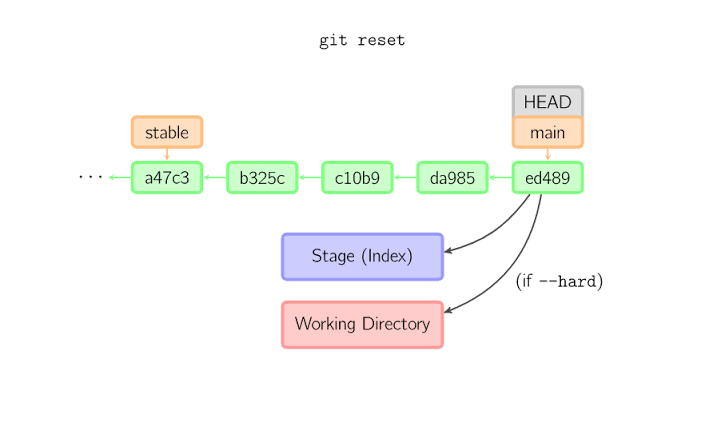 You can follow the complete series (or any of the previous blogs in this series) by clicking here.

In this blog, I will cover more on git commands like Tag, Log, Stash, etc, which come in handy in day-to-day development. Let's get started.

This Git tag command can be used to mark a significant changeset, such as a release.

This Git log command can be used to see the logs of commits like an overview of all the changes made in a specific branch.

git reset: For when things may go wrong

IF sometimes a commit or a file add goes wrong and you want to undo the changes, the reset command comes to the rescue

git stash: For when you want to get a quick tour of another branch.

There will be instances when you are working on a branch and you have to switch to another branch due to some work.

In such cases, you have to commit your existing changes. But that is not always desirable; you would ideally want to keep your commit history clean and would not want to commit a half-baked work. In such cases, you can stash your work by using the git stash command.

Pro Tip: You can use git stash to pass your code from one branch to another branch in case of conflicts.

That's all for now! We will cover conflicts in the next blog. I know it's the most painful task of all. And not just conflicts, we will also cover more on git and its commands. We will dig deeper and learn how to ignore certain files in a repository and so on.

If you have any questions on git, please feel free to shoot out a mail to nandan.1345@gmail.com and I will try and get back to you.

Stay tuned & follow me on my social media channels. Do make sure to subscribe to my newsletter to get regular updates on my upcoming posts.

How To Beautifully Organize Your GitHub Profile.

Git Worktrees are not so Scary 😱

How to Automatically deploy from GitHub (Git) to cPanel

Once suspended, sirius93 will not be able to comment or publish posts until their suspension is removed.

Once unsuspended, sirius93 will be able to comment and publish posts again.

Once unpublished, all posts by sirius93 will become hidden and only accessible to themselves.

If sirius93 is not suspended, they can still re-publish their posts from their dashboard.

Once unpublished, this post will become invisible to the public and only accessible to Nandan Kumar.

Thanks for keeping DEV Community safe. Here is what you can do to flag sirius93:

Unflagging sirius93 will restore default visibility to their posts.