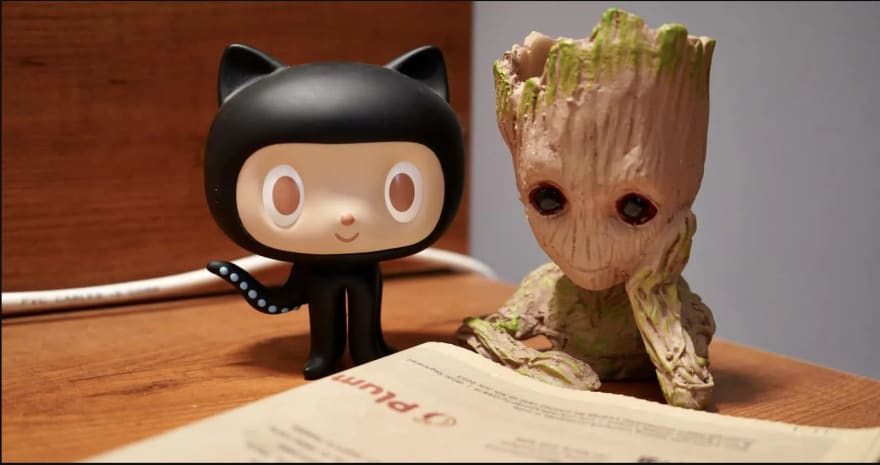 Welcome to the 4th post in the series Understanding version control and mastering git. (This comes after a long gap; I have been a bit caught up with work.)

Right now, I am parallelly working on multiple requirements and bugs to make sure, The release items are delivered on time. This involves switching between branches and taking recent pulls from the master branch as well as cherry-picking commits to merge the changes to different branches. One issue I am currently facing and which we all face very frequently is merge conflict.

As we have already covered in the previous blog, when working with Git, users add their commits from two different branches to a common branch, through an action called merging or a git merge. During a merge, files are automatically merged unless there are conflicting sets of changes (i.e. the commits update the same line of code differently). 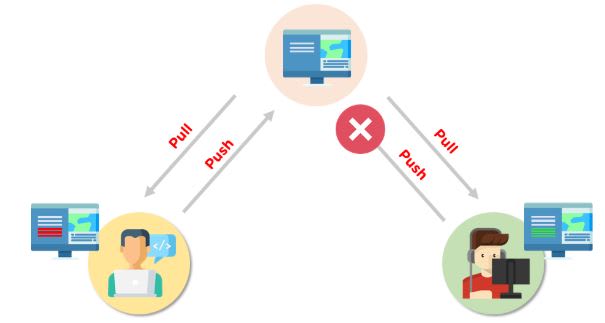 A merge conflict is an event that occurs when Git is unable to automatically resolve differences in code between two commits.

When all the changes in the code occur on different lines or in different files, Git will successfully merge commits without any human intervention.

But, when there are changes that are conflicting on the same lines, a merge conflict occurs, Because Git doesnt understand which code to keep and which to discard.

As I mentioned earlier in the blog, merge conflicts can happen when merging a branch, rebasing a branch, or cherry-picking a commit.

Once Git detects a conflict, it will highlight the conflicted code and ask which code you wish to keep.

Once confirmed, you can save the file and proceed with the merge, rebase, or cherry-pick.

Whenever a merge conflict is observed, the developers should ideally, sit together and try to resolve the merge conflict; This is so that they don't end up overriding each other's code.

I have listed below the commands that come in handy to resolve a merge conflict. Few of them are already covered in the previous blogs.

Most of the code editors provide their own git conflict resolution tools, either through an inbuilt plugin or extensions. Attaching images here for Visual Studio and Visual Studio Code to help you find such instances easily.

What is a Cherry-pick?

Imagine you come across a bug in the production environment and an immediate fix is required. This kind of immediate fix is termed a hotfix or a patch. The process to the resolution looks something like this :

Now, to promote your changes to the production/release, it is not feasible to merge the whole daily development branch to the prod/release, because you might end up adding a lot of unnecessary changes. This will increase the testing scope and add so many complications.

Of course, your alternative is to copy-paste all your changes to the new branch. 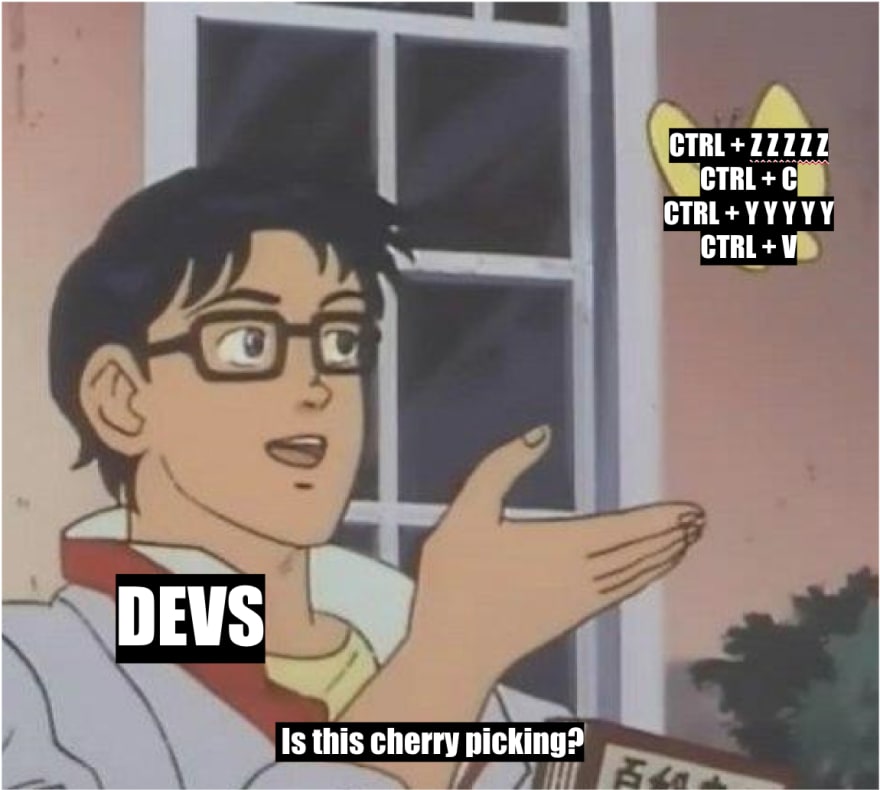 This is where cherry-picking comes as a lifesaver.

What cherry-pick does is, it enables arbitrary Git commits to be picked by reference and appended to the current working HEAD. Therefore, Cherry picking is the act of picking a commit from a branch and applying it to another. 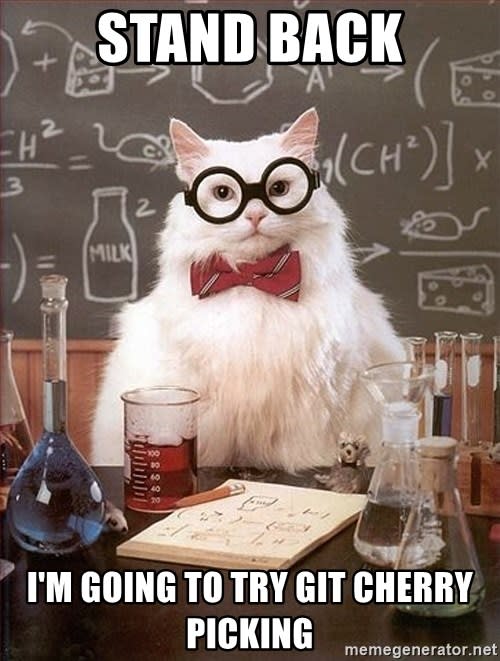 Chill, It's just a meme. Cherry-picking is much easier. All you need is -

Now switch to your newly created branch and run the following command.

And you are done! A fresh commit is created to your new branch, with all the same content and commit message.

You can run the command in a sequence to cherry-pick multiple commits.

Or if you have a series of commits to be cherry-picked, i.e. they are in a sequence. To cherry-pick all the commits from commit A to commit B (where A is older than B), run:

or If you want to ignore A itself, run:

git cherry-pick can also be passed with some execution options. I am listing some of them below.

-edit : Passing the -edit option will cause git to prompt a commit message before applying the cherry-pick operation

--no-commit : The --no-commit option will execute the cherry-pick. But, instead of making a new commit, it will move the contents of the target commit into the working directory of the current branch.

--signoff : The --signoff option will add a 'signoff' signature line to the end of the cherry-pick commit message.

I wanted to cover .gitignore in this blog. But we can ignore that for now (pun intended). I will try to cover it in another blog.

If you have any questions on Git, please feel free to reach out to me at contact@nandankumar.info.

That's all for now folks. Stay tuned & connect with me on my social media channels. Do make sure to subscribe to my newsletter to get regular updates on my upcoming posts.

A Web Developers Workflow for GitHub

Nandan Kumar
I am Nandan, and you probably know me as the Software Engineer who "Hacked" an airline to retrieve his luggage. I write about Fron-End, Git, Security, DevOps, etc.
A custom Jekyll - cayman theme for your GitHub pages.
#github
How I leveraged GitHub, Hashnode and Gumroad to build my website with a blog and a store..!!
#github #hashnode #gumroad #blogging
How to make a kickass bio for your GitHub profile using DailyDev's Devcard and metrics.
#git #github #technology #dev

Once suspended, sirius93 will not be able to comment or publish posts until their suspension is removed.

Once unsuspended, sirius93 will be able to comment and publish posts again.

Once unpublished, all posts by sirius93 will become hidden and only accessible to themselves.

If sirius93 is not suspended, they can still re-publish their posts from their dashboard.

Once unpublished, this post will become invisible to the public and only accessible to Nandan Kumar.

Thanks for keeping DEV Community 👩‍💻👨‍💻 safe. Here is what you can do to flag sirius93:

Unflagging sirius93 will restore default visibility to their posts.