I want to start this article by highlighting the issues related to data science that I think as a statistician are important for its success as an emerging new field and I'm going to motivate this piece initially at least with a story about cats which comes from an article that appeared in The New York Times in August of 1989.

You might consider it to be an early example of data journalism, So without further ado let’s start with what the piece — On Landing Like a Cat: It Is a Fact, suggested.

Every year scores of cats falls from open windows in New York City, from June the 4th through November the 4th of 1984 for instance 132 such victims were admitted to the Animal Medical Center on 62nd Street in Manhattan.

Most of the cats landed on concrete most survived. It goes on to recite some statistics from the data set like 21 of 22 falling 7 or more stories actually survived, 2 of them fell together, 40% fell at night. The height of the buildings ranged from 2 to 32 stories with an average of 5.5.

And the weird thing was that there seemed to be a positive relationship between the length of the fall and the probability of survival.

May be the Cat was able to turn or relax his body or even kind of a flying squirrel thing where they're like flaps of skin underneath its arms. 😢🤣 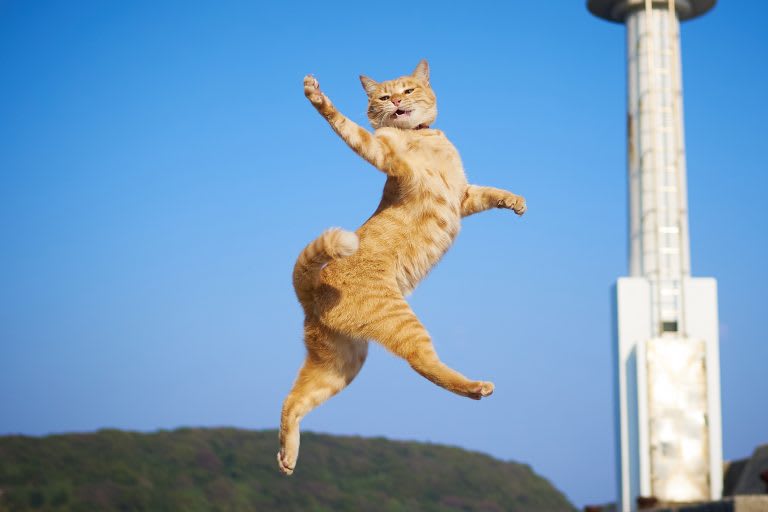 Well, this is exceeding strange because you might ask what's going on here. Some of them surmised, maybe it's the 9lives hypothesis or maybe they interviewed some experts who'd say that the cat had some time to fall.

The giveaway is actually in the first paragraph of the article that I am highlighting out to you as it said on three two such victims were admitted to the Animal Medical Center all right dead cats are not transported to Animal Hospitals.

It's expedient as the data is not collected via any sort of sampling scheme but its available. It is being used to answer questions that weren't really intended by the collectors of the data.

The main problem with this data is missingness. Missing data arises everywhere with experiments, especially with observational studies in some cases.

In this article the missingness was highly correlated with the outcome of interest which was whether or not the cat survived.

This data is what we'd call a non representative sample and by representative we mean that it's related. The data set in hand is the same as the underlying target population of interest these are statistical issues right the inference from the Cats data was unreliable because of ignorance of statistics essentially.

With the power of Python-based tools, you will rapidly get up to speed and begin thinking statistically in the Statistical Thinking Courses offered by DataCamp.

You will learn faster through DataCamp's immediate and personalized feedback on every exercise.

Thanks for making it to the end 🙂

If you liked this article, I've got a practical reads for you one about the Skills in Python for every Data Scientist and one about How to learn Data Science with Python.

Check sinxLoud.com where I post all about the latest and greatest AI, Machine Learning, and Data Science!

You can also read the latest and short stories from sinxLoud on our medium handle!

The Unbiased Guide to Choosing the Right BI Tool

Using Your Own Apache Spark/Hudi Versions With AWS EMR