Once SonarQube is running at port 9000, we are done with the sonarqube server setup.

Next we'll be creating a project and generating a token.

Once you click on setup while you give a project name as new-project. Next you need to generate a token.
You can either generate a new token or use existing.

The token is used to identify you when an analysis is performed.

Select the build technology and OS. 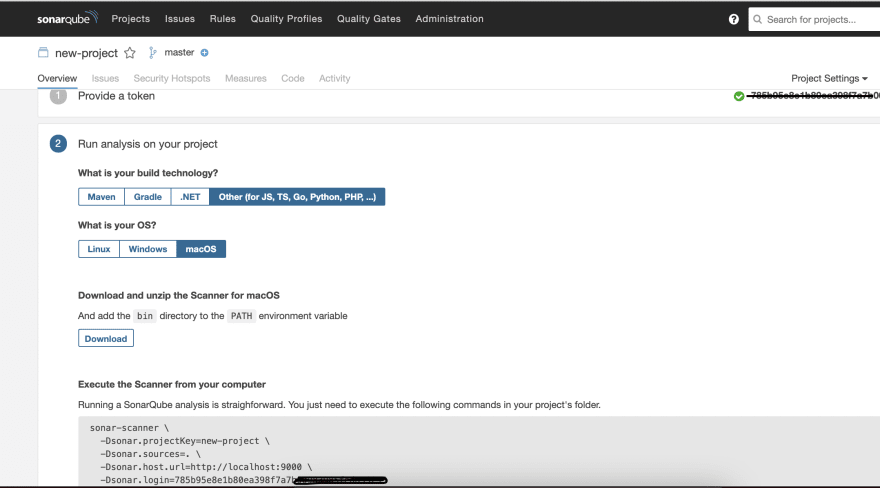 In order to run analysis on your project, you will need to download sonar-scanner
http://localhost:9000/documentation/analysis/scan/sonarscanner/

Now move to the project folder(terminal) where you want to run analysis like:

the arguments we have passed you can get when you have created generated a token....

Once execution is successful, you will see 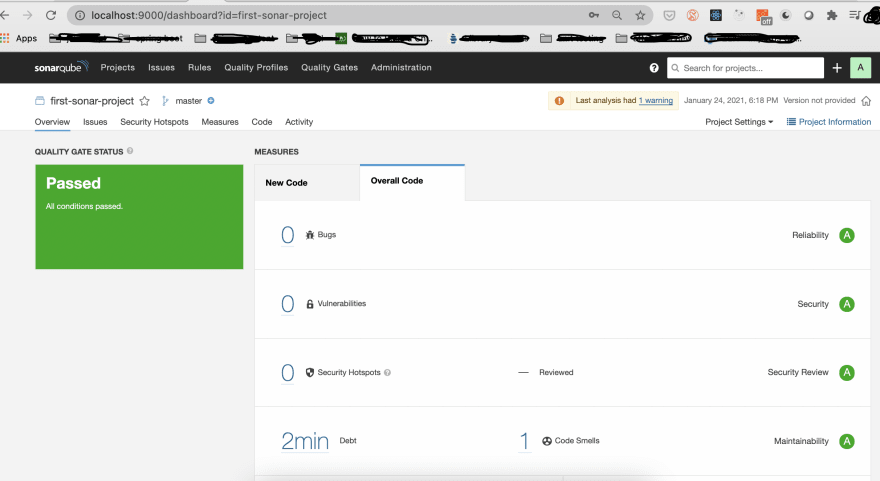 And we are done with the sonarqube setup.

An Introduction to react hooks rules