A long time ago, in a job far, far away, I was tasked with switching our old-school LAMP stacks over to Kubernetes. My boss at the time, always starry-eyed for new technologies, announced the change should only take a few days—a bold statement considering we didn’t even have a grasp on how containers worked yet.

After reading the official docs and Googling around, I began to feel overwhelmed. There were too many new concepts to learn: there were the pods, the containers, and the replicas. To me, it seemed Kubernetes was reserved for a clique of sophisticated developers.

This post is what I would have liked to read at that time: a short, simple, no-nonsense guide on how the heck I go about deploying an application in Kubernetes.

I’ve put all the files we’ll be needing below. Feel to fork and clone the repository.

This is an example application and CI/CD pipeline showing how to build, test and deploy a microservice to Kubernetes using Semaphore 2.0.

If you're new to Semaphore, feel free to fork this repository and use it to create a project.

The CI/CD pipeline is defined in .semaphore directory and looks like this:

To run the microservice:

To build and run Docker container:

Distributed under the MIT License. See the file LICENSE.

Step 1: Get Your Cluster

Maybe I’m stating the obvious, but the first step is getting a Kubernetes cluster. Most cloud providers offer this service in one form or another, so shop around and see what fits your needs. The lowest-end machine and cluster size is enough to run our example app. I like starting from a three-node cluster, but you can get away with just one node. 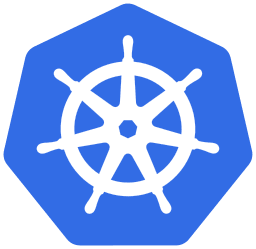 After the cluster ready, download the kubeconfig file from your provider. Some let you download it directly from their web console, while others require a helper program. Check their documentation. We’ll need this file to connect to the cluster.

We can run anything in Kubernetes—as long as it has been packaged with Docker.

So, what does Docker do? Docker creates an isolated space, called a container, where application can run without interference. We can use Docker to put our applications in portable images that we can run anywhere without having to install libraries or dependencies.

To build a Docker image, we need the docker CLI and a Dockerfile like this:

The file has the commands to build a ruby-based application image:

Build it and run it using:

Step 3: Put the Image in a Registry

Step 3 is about putting the image where Kubernetes can find it.

Docker images are stored in Docker registries. Docker Hub is the default and provides unlimited free space for public repositories.

To upload an image to the registry:

Step 4: Add a Pinch of Manifest and Mix

Automatic deployment is Kubernetes’ strong suit. All we need is to tell the cluster our final desired state and it will take care of the rest. 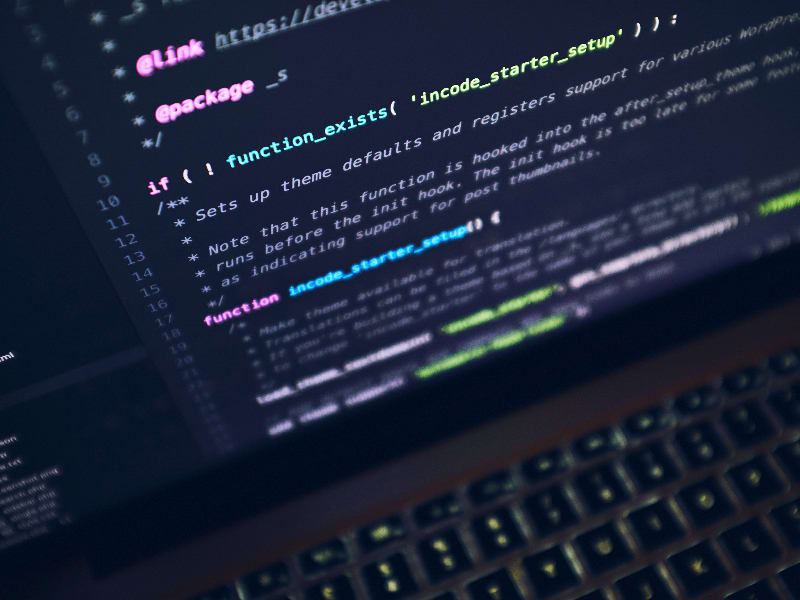 In Kubernetes we don’t manage containers directly. In truth, we work with pods. A pod is like a group of merry friends that always go together to the same places. Containers in a pod are guaranteed to run on the same node and have the same IP. They always start and stop in unison and, since they run on the same machine, they can share its resources.

To tell Kubernetes what we want we must write a manifest file. A minimal viable manifest looks like this:

There are several interesting things here:

To complete the setup, we need a service. A service presents a fixed IP address to the world. We can use load balancer service to forward traffic to the pods:

Kubernetes matches up the selector with the labels to connect services and pods.

Now to apply both files and you should get the application running in a few minutes:

Check the cluster status with:

You don’t have to do all this by hand. You can use Continuous Integration and Delivery to test and deploy on your behalf.

The demo project we cloned in the beginning comes with everything you need to get started with the Semaphore CI/CD platform. 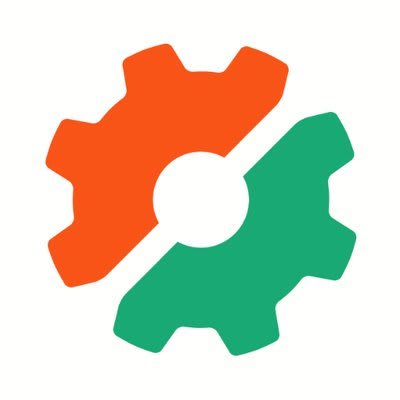 Tell Semaphore How to Connect to Kubernetes

Semaphore needs to know how to connect to your cluster. We can store sensitive data in Semaphore using [secrets].

Semaphore provides a secure mechanism to store sensitive information such as passwords, tokens, or keys.
In order to connect to your cluster, create a [secret] in the Semaphore website: 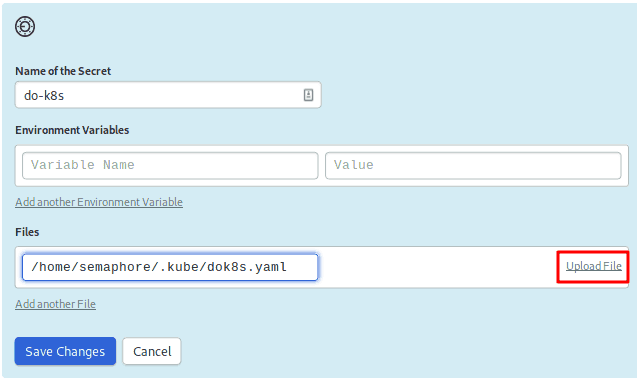 Create second secret to store the dockerhub user and password: 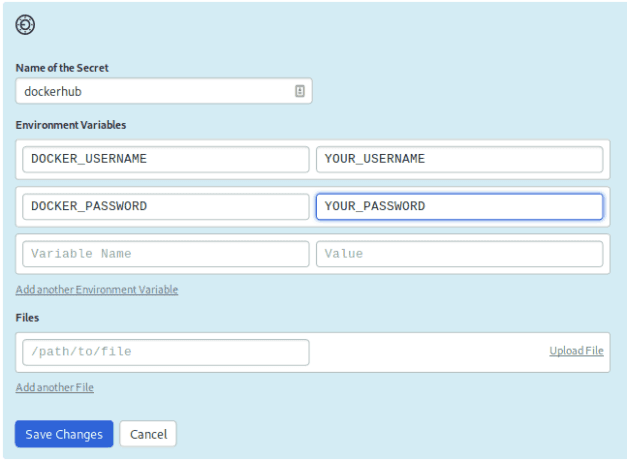 Semaphore uses the YAML Syntax to define what the pipelines do at each step.

The pipeline files are located in the .semaphore directory:

Let’s examine deploy-k8s.yml. The basics for pipelines were discussed in a previous post so I’ll jump straight deployment job. The heart of the pipeline are blocks and jobs. We put our command in jobs, and our jobs in blocks.

Then, we define the environment using the env_vars property. You may need to add more variables.

We have only one job in the block. It clones the Git repository with the checkout script, then does the declarative deployment.

If you need cloud-specific commands to login, add them before the first kubectl command.

Semaphore now has all the information to make the deployment on our behalf.

Delete the deployment we did manually:

Add the project to Semaphore:

When the “Docker Build” pipeline is complete, press on the Promote button to deploy:

We have some cloud specific tutorials here:

If you wish to learn more about how Semaphore can work Kubernetes and Docker check out these:

Interested in CI/CD and Kubernetes? We’re working on a free ebook, sign up, to receive it as soon as it’s published.

How to use Toast component with PrimeREACT