Much of what we know comes from the book Site Reliability Engineering from Google. And we'll refer to that book a few times in this post.

SREs have been compared to operations groups, system admins, and more.

But the comparison falls short in encompassing their role in today's modern software environment.

SREs cover more responsibilities than operations. And though they usually have a background in system administration, they also bring software development skills to the role.

SREs combine all these skills and ensure that complex distributed systems run smoothly.

So how do they do all this?

Read further to find out what SREs are, in practice, and how they accomplish this through the responsibilities they fulfill. 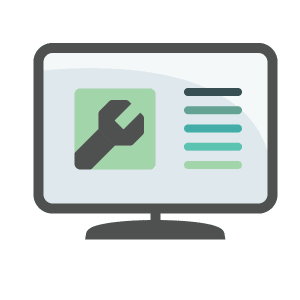 What Is A Site Reliability Engineer?

Let's start our post with a definition. What is a site reliability engineer?

For starters, the concept of site reliability engineering was first introduced by a book of same name, written by a team of engineers from Google.

Site Reliability Engineering (SRE) is a discipline that incorporates aspects of software engineering and applies them to infrastructure and operations problems.

In a nutshell, we can say that a SRE is a professional with solid background in coding/automation, that uses that experience to solve problems in infrastructure and operations.

Wait a minute...doesn't that sound a little bit familiar? What is the difference between SRE and DevOps?

First of all, you shouldn't think of DevOps as a role.

Rather, consider it more of a cultural aspect of the team. It can’t and shouldn't be assigned to a person, but rather performed as a team.

SRE, on the other hand, is the practice of creating and maintaining a service with high availability. The professional that assumes this role should be a software developer.

What Does a Site Reliability Engineer Do?

Automate All the Things

One difference between the SRE role and the traditional operations team involves automation.

In the past, operations folks would keep things running by executing scripts, pushing buttons, and carrying out other manual endeavors. However, in the SRE world, there's a heavy emphasis on automation.

Where did this drive come from? The engineering aspect of the SRE role. 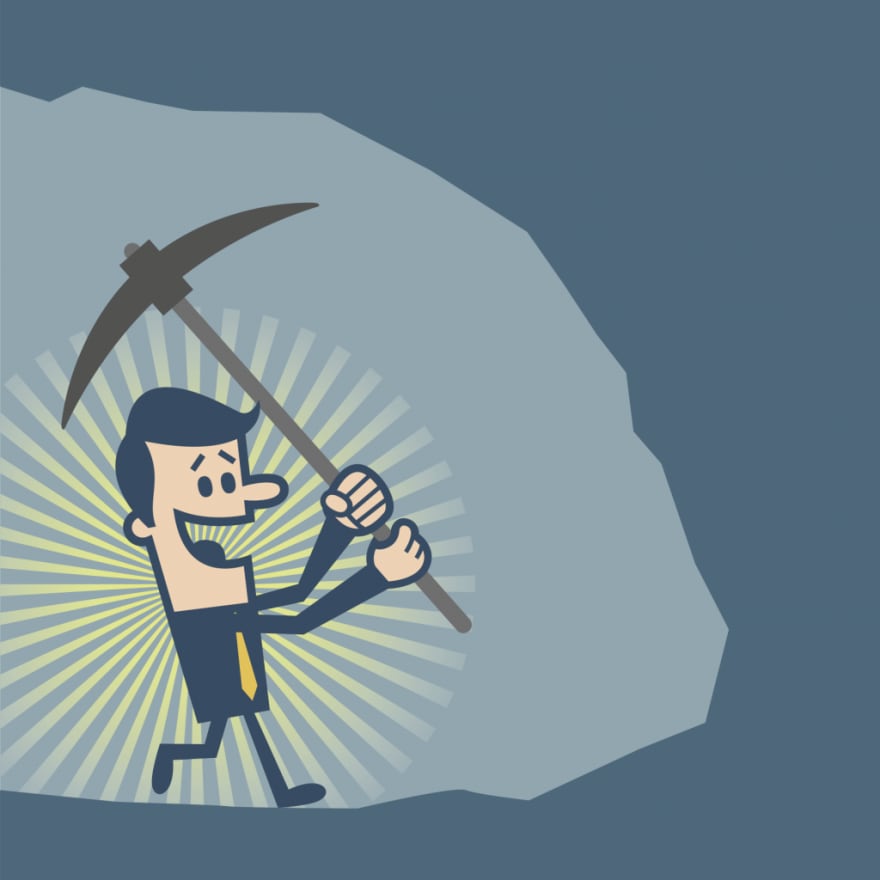 And automation doesn't stop at automating a software build and some acceptance tests. Their automation includes CI/CD and infrastructure creation and patching, as well as monitoring, alerting, and automating responses to certain incidents.

In Google's SRE book, this is also referred to as eliminating toil:

Toil is the kind of work tied to running a production service that tends to be manual, repetitive, automatable, tactical, devoid of enduring value, and that scales linearly as a service grows.

But why do we focus so much on reducing toil?

Not only does reducing toil make the processes repeatable and automated, but it also increases the amount of time SREs have to build tools and investigate infrastructure changes that further improve site reliability.

In summary, the less toil there is, the more time and resources are dedicated to making sure your software ecosystem runs reliably and the faster you can deliver business value.

With the popularity of distributed systems, there's a greater need for increased monitoring.

It's not enough that your application is up and running. We also need to ensure that infrastructure works properly and that all our other internal dependencies are accessible and functioning.

Additionally, business functions of the application should have proper monitoring to validate they're working properly.

For this portion of the job, SREs can use a product like Scalyr to monitor and alert on any potential issues. This allows them to monitor the system in real time as well as track long-term trends that may indicate reduced reliability.

In addition to monitoring infrastructure and their own services, they also make themselves accessible to development teams for consultation and troubleshooting.

Typically SREs rotate the on-call role based on a schedule that allows other SREs to focus on engineering while also not causing burnout for the on-call engineer. On-call rotations vary from a couple days in a row to a week or more.

When a high-priority page triggers, the engineer will investigate and diagnose the issue. The SRE might also pull in additional engineers or software developers to resolve the issue.

Depending on the system's SLA, they may all need to work together to solve the issue in a matter of minutes. For low-priority issues, the SRE typically handles them during business hours.

And that's great news for the engineers who don't like to jump out of bed at 3 a.m. for every little thing that happens.

An important part of the SRE role involves managing incidents.

Now you may say this is no different than the on-call responsibility. You find a problem and then fix it. How hard could it be?

When an outage occurs, for example, there could be dozens of ways to diagnose and attempt to resolve the issue.

Therefore, to manage the incident properly, someone must monitor and facilitate the actions of all involved. And that requires clearly defined roles.

Though not all companies include these Google-recommended incident roles, we should at least consider them. These roles include the following:

Now that we've lived through an incident and resolved it in the sections above, we're ready for the postmortem.

Typically, an SRE facilitates or participates in these postmortems.

A postmortem brings together all relevant parties for analysis of the incident. The goal is to analyze what occurred during the incident and find the root cause. The participants also determine how the incident can be prevented or fixed in the future.

Some of the items that come out of a postmortem are listed below:

Another responsibility of the SRE requires tracking outages. This eventually helps in identifying long-term trends and assists with creating reasonable SLOs and SLAs.

One use of tracking includes monitoring low-priority incidents. These incidents may not cause real issues for consumers, but looking at the long-term trends and timing can help isolate and resolve pesky bugs that don't seem to have a root cause.

Work With SRE and Development Teams

In addition to supporting development teams during on call, SREs also provide consulting and troubleshooting.

This assists both other SRE teams and software development teams that struggle with operational or reliability issues.

In this scenario, the SRE will assess current issues and determine which can be improved with automation or engineering effort. The SRE may also suggest solutions to reliability problems.

And perhaps most importantly, the SRE will drive changes to team processes. These changes will ensure that site reliability engineering enhances the team's ability to deliver value.

When you hear that a service has attained or is striving toward an uptime of 99.99 percent, you're talking about service level objectives (SLO). Service level indicators (SLI) measure these objectives.

In other words, the SLI is an agreement on how the SLO will be measured.

SREs assist with these by providing data for historical service performance. They also help provide realistic objectives for the future and might advise on proper SLAs for customers.

The SRE then works to make sure your application meets, though does not exceed, the stated SLO.

Now you may think that it's odd to not work to exceed an SLO. However, it would be a waste of resources to make something more reliable than it needs to be.

And SREs balance the needs of the customer with the goals of the services provided.

In this post, we've discussed various activities that site reliability engineers participate in. Although these activities are done by many SREs, they aren't set in stone. 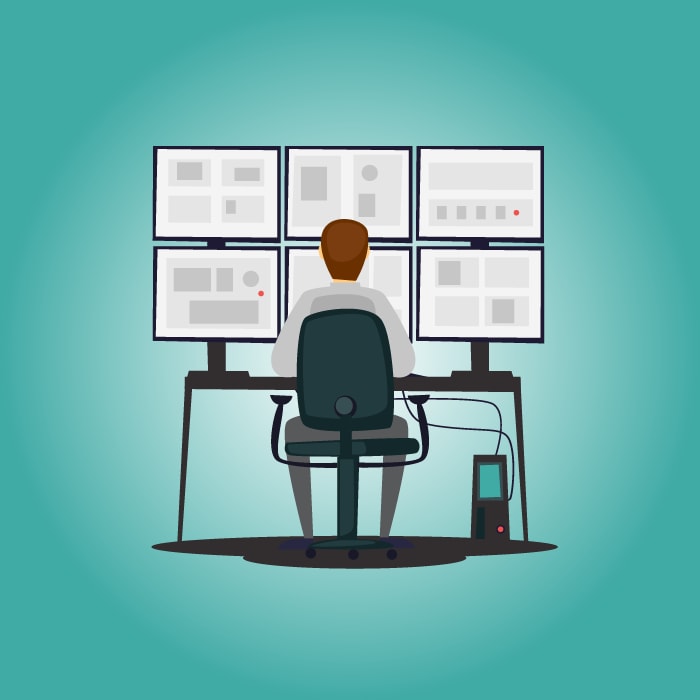 Companies do vary their SRE roles and responsibilities based on need. In general, companies that are at different points in the SRE journey may have different needs.

For example, a newer company may need SRE support in getting general outages under control. And most energy goes toward that base level of reliability.

However, other companies that are further along in the journey may have eliminated company-wide outages. They may spend more time on improving or validating service metrics that are business related.

For example, your pizza shop application may need new monitoring on its pizza recommendations once the site's general availability is stable and reliable.

Should You Become a SRE?

You should consider becoming a SRE if you have a solid foundation in automation.

If the answer for any of the questions above was "Yes," then this role is for you.

There is no better way to stay in touch with the most recent developments in the DevOps world. You'd also be able to increase your knowledge and skills in areas that are currently in high-demand.

As we discussed, SREs spend time on both technical and process-oriented responsibilities.

They do more than an operation or system administration team. They employ their engineering skills to automate and reduce the manual intervention necessary for administration tasks.

Additionally, they work with other engineering teams to provide proper monitoring, incident response, and management.

Over time, these functions improve the reliability and maintenance costs of your distributed systems.

And finally, they spread the culture of site reliability engineering through your organization so that all teams learn to make decisions with reliability in mind.

How to Install Hyper Terminal for MacBook

What is the right AWS Kubernetes distribution for you?