For this article we will be covering Leetcode's '743. Network Delay Time' question. An Advanced Graph question. 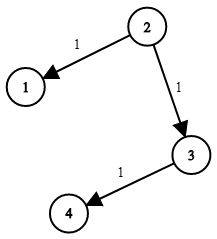 This Question is rated Medium. Which is I would say is accurate if you're familiar with Dijkstra's Algorithm or Bellman-Ford's Algorithm or any other path finding algorithm. Most people will study this algorithm in Higher Education. But if you're like me, not having attending higher education mean't I hadn't the slightest clue about Path Finding Algorithms in a Graph. For me I found this question impossible to solve until I read up that it was solved by Dijkstra's Algorithm.

We're given a graph and we're asked to to traverse the entire graph and hit all nodes using the shortest path. Which sounds a lot like Kruskal's Algorithm, except we're not creating a Minimum Spanning Tree but a Shortest Path between k and all the other nodes.

How do you think Google Maps knows the shortest distance between your house and your friend's house? Shortest Path algorithms like Dijkstra's Algorithm or Bellman-Ford's Algorithm are used to find the shortest path between two locations.

Which is exactly what we're going to do. Finding the shortest path between k and all the other nodes.

We're going to use Dijkstra's Algorithm to find the shortest path between k and all the other nodes.

Firstly, we will generate ourselves a Adjacent List (Node -> [Edge, Cost]). We do this so we know all the connection ands costs in the graph. From here, we generate a empty Minumum Priority Queue and we add the first node to the queue at the cost of 0, as we start here.

We will then, use a while loop to keep looping until the queue is empty, where we will pop off the min-heap which will always give us the next shortest possible path. With this node, we will then keep adding that new nodes edges to the min-heap and update the cost of the node.

Each time we move a node, we update the global time variable. Where if the time has increased relative to {k} we increase it by the cost of the edge.

Exploring Yew, the rust-based frontend framework as a Vue Developer