For this article we will be covering Leetcode's '53. Maximum Subarray' question. This question is a classic problem. It's a Greedy Algorithm problem.

Given an integer array nu`ms, find the contiguous subarray (containing at least one number) which has the largest sum and return its sum.
A subarray is a contiguous part of an array. 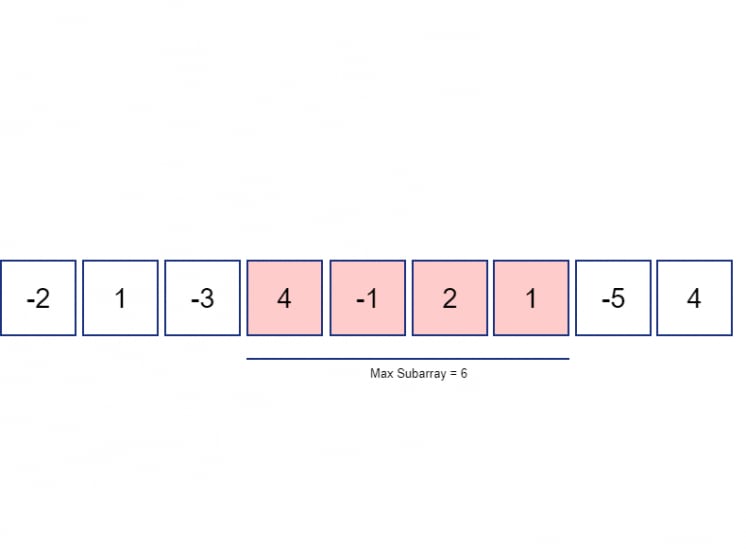 Recommended Knowledge (Or what you're about to learn)

All the while we're always keep track on if the new max sum array is greater than the current max sum. We repeat this process for every number in the array.

Can this be improved?
Well, by the big O notation, NO! But we can use a Divide and Conquer technique to improve the speed but that'll use linear memory.