This game was made for js13kGames, a JavaScript coding competition for HTML5 Game Developers. The fun part is the file size limit set to 13 kilobytes. Theme for 2019 was back.

Since I enjoy play multiplayer and competitive games, the initial idea was to create a multiplayer online 1vs1 tactical game, inspired by Teamfight Tactics 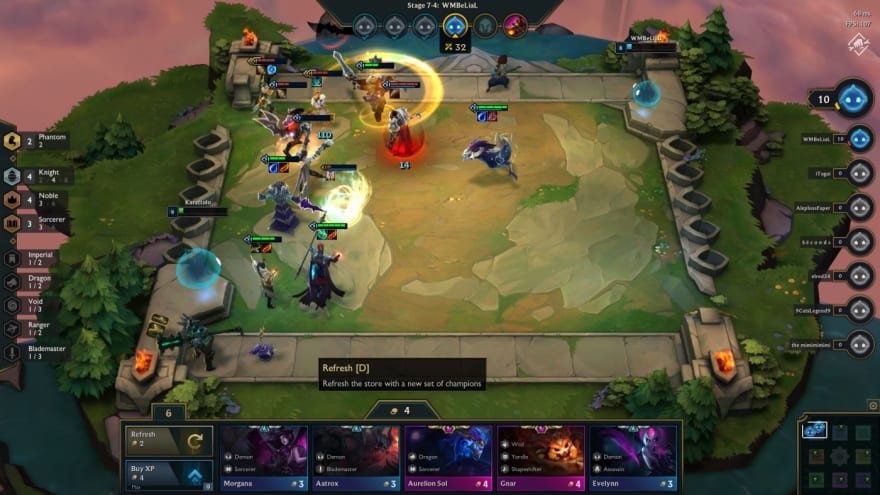 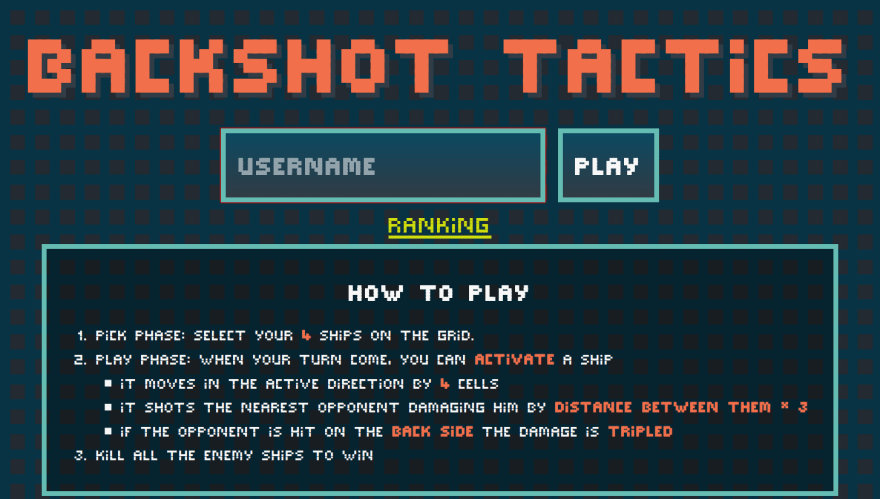 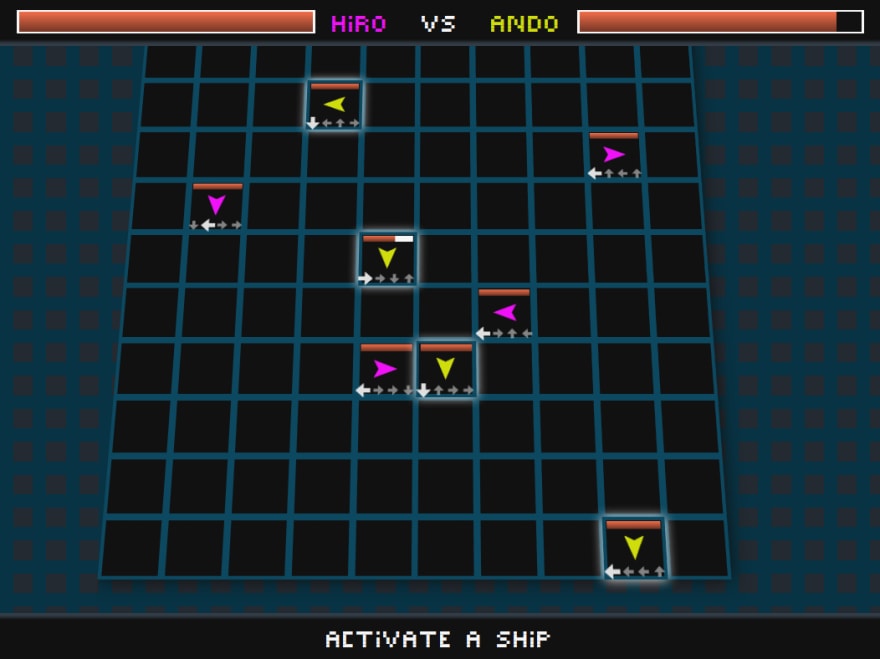 It was way too complex to do everything in 13kb and in the spare time I had, so I started removing features from the initial idea:

With less features I could write a prototype in almost 6 hours, and I demonstrated it in Berlin at the JS13kGames 2019 hackday alongside with other awesome devs 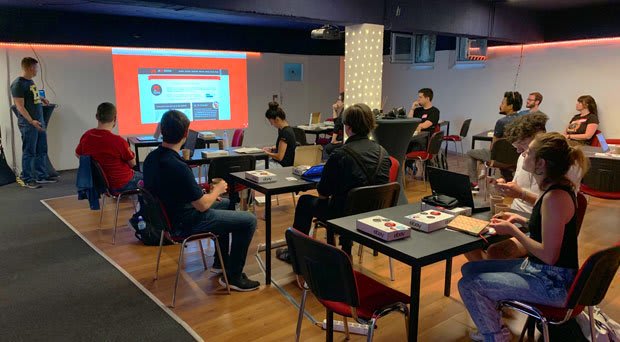 In the initial prototype two players had just to pick their characters at the beginning and then they were fighting automatically, I've found it boring and probably complex for players to understand what's going on.

So I've changed the gameplay: It became a turn based game, each turn the player chose the character to activate and he moves in a predefined direction then he attacks an opponent.

Other changes I made:

Then I polished the UI, added mobile support, and added a ranking based on the Elo rating system 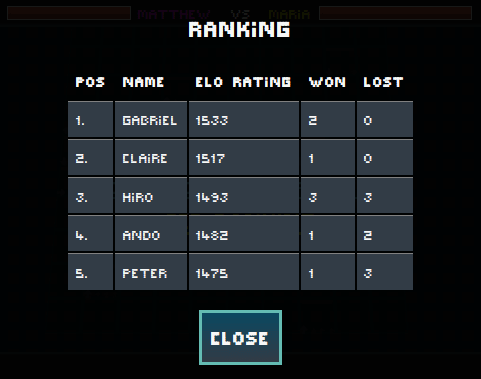 First time I am using storage in #js13k server category. Building an elo rating system for the game en.wikipedia.org/wiki/Elo_ratin…

Then the final rules became clear

13kb (zipped) seems not much space, but it is a lot if you don't use assets and libraries (or just very small ones like those listed here) there is lot of room to write code. That's why for my game there was no images, only a font and an external library to make sound effects (jsfxr).

Here listed all the game files in the submitted version (minified, unzipped): 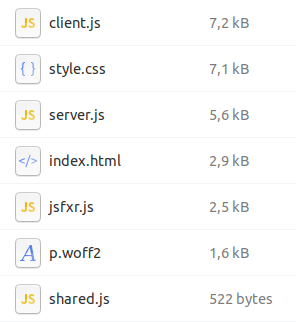 I wanted make a game easy to play but hard to master, it's easy to start playing the game, you have just to click on ships, you can do it without thinking, you can also win plying like this. But it's hard to master, only with practice you can understand which ships are better to pick and which moves to do.

Also I wanted make a game without randomness during the game.
There is an initial random setup when the ships and directions are created and placed on the field before the game starts, but then the game is completely drove by player choices. (only in one case there is randomness involved: when two or more ships are at same distance, the one to shot is chosen randomly, but I plan to remove this behaviour and pick the ship with less HP instead)

The game was made for Desktop, Mobile and Server categories using the js13kServer sandbox, it works on Firefox, Chrome, Safari, Opera, and probably on all modern browsers.

Web Sockets are used to send events between the two clients and the server who manage the Game logic.

The client is HTML, CSS and JS based, no canvas involved, I already used this approach in my previous game Spacefield League.

Client side all the dimensions are relative to the viewport, so the interface scales well on all kind of screens, thanks to viewport relative units, rem units, percentages and CSS custom properties.
All animations are made via CSS transitions.

Ships are DIVs clipped via clip-path

There is a single Game class who manage the game state.
There are also some tests to be sure the game logic is working

The result was so good and unexpected 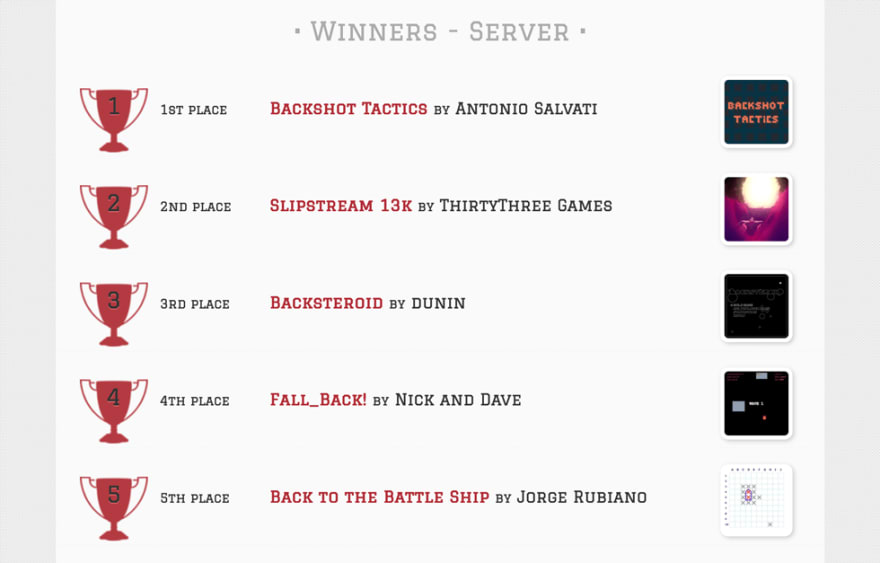 Antonio Salvati 🦊
Hello, I am Antonio and I live in Milan Italy 🏠 I am a developer 👷 who enjoy build web apps 🌍 Sometimes I build small videogames 👾 I also like time traveling 🕰️
Music Monday — What are you listening to? (Dance Edition)
#watercooler #discuss #music
My VS Code setup
#vscode #productivity #javascript #webdev
What was your win this week?
#discuss #weeklyretro

Once suspended, salvan13 will not be able to comment or publish posts until their suspension is removed.

Once unsuspended, salvan13 will be able to comment and publish posts again.

Once unpublished, all posts by salvan13 will become hidden and only accessible to themselves.

If salvan13 is not suspended, they can still re-publish their posts from their dashboard.

Once unpublished, this post will become invisible to the public and only accessible to Antonio Salvati 🦊.

Thanks for keeping DEV Community 👩‍💻👨‍💻 safe. Here is what you can do to flag salvan13:

Unflagging salvan13 will restore default visibility to their posts.