Recently I came across a number of people being worried about 5G. They weren't tech-savy or tech-literate.

Realising how dangerous it could be — when certain platforms can influence essentially a large portion of our community without being held accountable. Since no one can really moderate the entire internet. 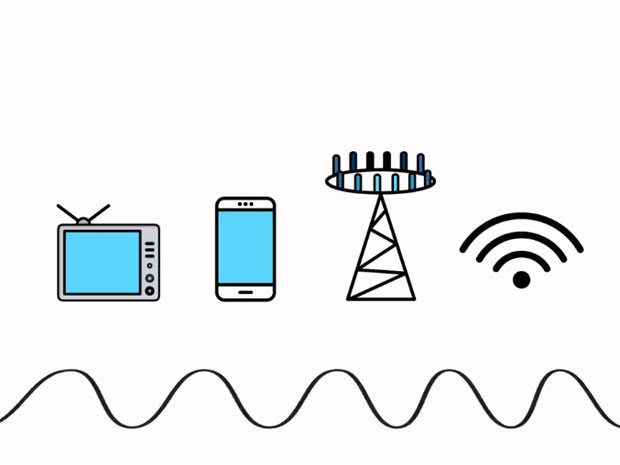 I know the majority of people aren't super-familiar with tech. Nor we can expect everyone to go out of their way to gather the right information and get it verified.

Diving deeper into this matter, I googled about 5G and health concerns regarding the usage of the technology.

I came across two of the most talked points

What is harmful for us?
Answer : Ionizing radiation

Do millimeter waves fall under the category of ionizing radiation?
Answer : No

Millimeter waves, visible light and others such as radio waves are non-ionizing radition.

Why is ionizing radiation bad for us?

The reason is simple and quite scary.
Ionizing radiation can break molecular bonds. Which means it can cause cancer. Its bad stuff and we don't want that in our phones.

So millimeter waves are gucci?

Hold up, no.. well not entirely. Non-ionizing radiation which is essentially electromagnetic energy produces heat, and as far as we know heat can have negative side effects.

I found one interesting thing in the above linked research paper, SAR values.

The SAR is a quantitative measure of RF power absorbed in a living body. It is a function of the distributions of the electric field and tissue properties (mass density and conductivity) throughout the exposed tissue

I knew that I remember reading about "SAR" on my mobile phone. And I tried to find the co-relation. Turns out you can check your phone's SAR value by dialing *#07# on your phone/dialler pad.

Go ahead and check your phone's SAR value too and if its over the limit I suggest you look for a new one.

Coming to my scientific conclusion, I don't find enough evidence to convince myself that 5G is after our lives.

So I can see how this might seem a little scary. Apparently 5G waves can't travel long distances. So naturally we need more transmission devices overall. That means a good amount of these devices which emit radiation (not bad radiation but still) could be exposed to people than 3G and 4G services.

But.. Carriers don't intend to deploy these devices everywhere. Maybe deploying millions of small devices all over the country or (the world potentially) seems like a small maintenance nightmare.

Some carriers are using low-band frequencies which are generally used to broadcast TV signal. Others are using a combination of mid-band (which delivers 5G) and millimeter-wave tech in select few locations.

Deploying a massive number of millimeter-wave hardware will be time-consuming and expensive than just utilising existing network infrastructure.

Rest easy 5G is not going to kill us

Hope you enjoyed this article. Educate people around you and trust our scientists and engineers who are working very hard to make this world a better place :D

How to create a simple testimonial carousel with Splide.js

TIL: Fixing horizontal scrolls due to full bleed blocks without overflow: hidden

Moving a static HTML element into a dynamically created element with JavaScript.

Sakshat
Striving to be better, aiming to be the best.
TIL: Browsers have their own task managers!!!
#webperf #webdev #todayilearned
Free stuff for devs? Hmm...
#computerscience #todayisearched