This series is a summary of Oracle's JVM troubleshooting course which gives an overview on JVM memory management, Hotspot VM's garbage collection options, various memory errors and how to troubleshoot them.

In this post (part 1), we will have a look at how JVM manages memory and its different garbage collectors.

You can find Part 2 here: 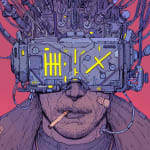 The JVM provides automatic memory management to free the programmer from manually managing memory. New objects are allocated on heap memory. A root set consists of pointers to external memory, static variables, threads, JNI references and internal JVM structures. Objects directly reachable from the root set must be kept in heap. Objects reachable from any of the reachable objects must also be in heap. This group of objects are the only ones which can be used by a program. The unreachable objects (garbage) are removed using a process called garbage collection (GC). Reachable objects are compacted i.e moved to contiguous space in heap. This is important as otherwise, the heap will become fragmented.

When the JVM starts, it requests some memory from the OS. This memory is divided into various spaces.

Memory spaces in JVM prior to JDK 8

The JVM has different garbage collection methods for different generations of objects. Some of them are described below:

These are the option flags passed to JVM for specifying which GC to use:

Minor GC or How young generation is collected:

Can you remember how many project you have worked on as a programmer ?

Once suspended, rrampage will not be able to comment or publish posts until their suspension is removed.

Once unsuspended, rrampage will be able to comment and publish posts again.

Once unpublished, all posts by rrampage will become hidden and only accessible to themselves.

If rrampage is not suspended, they can still re-publish their posts from their dashboard.

Once unpublished, this post will become invisible to the public and only accessible to Raunak Ramakrishnan.