In this short beginner friendly series, I will be documenting a path to run .core api project and angular 7 app in a docker container instead of running and deploying as 2 separate apps. The objective of this series is not the code but is to get familiarize with docker and how we can build a container with 2 application that talk to each other.

Create an API application in .Net Core that provides API to access basic information about countries.

Create an UI application in Angular that uses countries API to get the data and display it on the UI.

Here in this scenario, there are few challenges.

This looks like a great use case for Docker. In this process, we will be creating a docker file for each of these apps. This will help us to work on these apps individually. In the end, will create one docker compose file that will tie both of them together in case where we need to run it as ONE application.

In short, this will be the end result. 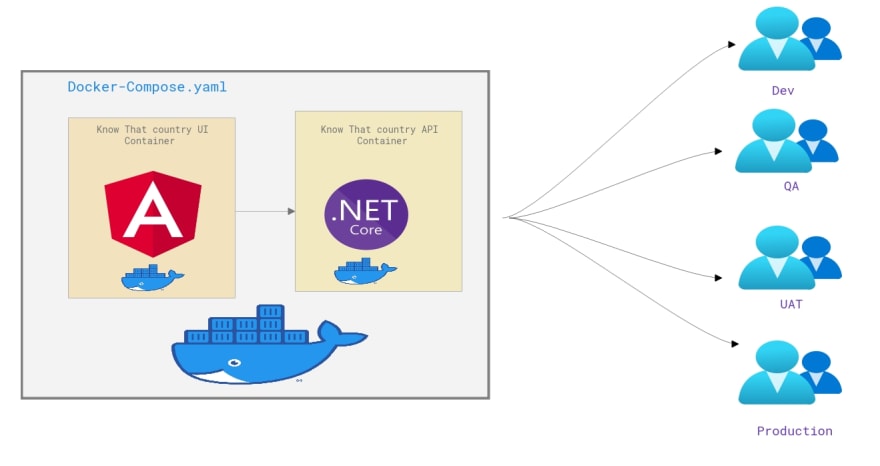 and the folder structure will be as below. 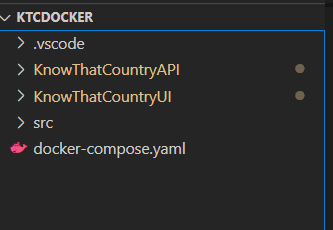 That’s the introduction. Thank you for reading. Will see you in part 2:
“F5” + “NG Serve” to docker compose up — Part 2 — The dotnet core API service and docker