Docker is an open-source containerization platform used to build, test, manage, and deploy applications in a cloud-based environment.

Docker provides a way to package an application into a "container," which can be run from any machine that has the Docker software installed. It makes it easy for you to run an application across different machines or environments. 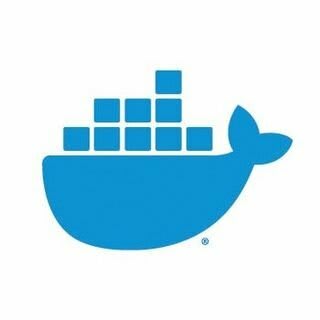 As organizations shift toward cloud-native and hybrid development, Docker is rapidly becoming the preferred tool for building and sharing containerized apps.

New to Docker? You're in luck! This blog post will help you understand what Docker is, and what problems it solves. How Docker differs from virtual environments and the benefits of using Docker in development, containerization, and its advantages.

Knowing these concepts will make Docker much clearer to get started.

Docker was first released in 2013 and has since become one of the most popular tools for developers. The idea for Docker came about when Solomon Hykes, the creator of Docker, was working on a project at dotCloud, a cloud hosting provider.

The project required him to use many different virtual machines, each with different versions of the same software. This was difficult to manage and ended up being very time-consuming.

To make his life easier, Solomon created a tool that would enable him to package an application and its dependencies into a single container.

This way, he could easily move the application between different machines without having to worry about compatibility issues.

Docker makes it easy for developers to create, deploy, and run applications in a consistent environment, without the need to worry about differences between machines.

Docker has since gained popularity and saw more support from commercial companies such as Amazon and Microsoft, further bolstering its credibility in the container management market.

How Did it Become so Popular?

Docker became popular because it offered a way to package an application with all its dependencies into a “container”.

The containers are portable and can be run on any machine that has the Docker runtime installed. It also provided a way to share these containers using Docker Hub, which is like GitHub but for Docker images.

In the past, developing and deploying software applications has been a time-consuming and error-prone process.
This is because each application has its dependencies and configurations, which can often conflict with other applications.

Each line of code, libraries, and dependencies is connected to one another–meaning that each layer of the application is built on top of each other which often creates a series of problems.

In traditional methods, code is developed in a specific computing environment which, when transferred to a new location, often results in bugs and errors.

One of the most likely problems developers complain about is the "it works on my machine" problem. With Docker, developers can collaborate on projects without fear of breaking each other's code.

Imagine you are part of a developer's team and you are working on a Javascript application that requires PostgreSQL and Redis for messaging.

You'll need to install these services directly on your operating system. For any developer within your team to deploy the app, they must install binaries of these services, configure them, and run them locally.

Installation may look very different depending on which operating system is used and may involve many steps that need to be performed, and perhaps something could turn out wrong.

This process can be frustrating, and costly, and you may have some difficulty scaling and deploying applications.

Deploying and packaging apps in a reliable and repeatable way has always been a pain point.

According to Rob Vettor and Steve “ardalis” in , Architecting Cloud-Native .NET Apps for Azure, some of the problems you could face using this architecture include:

Due to this, many organizations have shifted to adopting a cloud-native approach to building containerized applications.

Containerization eliminates these problems by bundling the application code together with the related configuration files and dependencies, making it easy to deploy and run in any environment.

Containerization is a type of virtualization that allows you to run multiple applications on a single server. This can be extremely beneficial for businesses, as it can help to save on server costs and increase efficiency.

Containerization has many benefits, but one of the most important is that it eliminates the "it works on my machine" problem.

This is because the container includes everything needed to run the application, so it will work the same in any environment. This is a huge benefit for software developers, as it makes it much easier to develop and test applications.

If you're looking for a way to improve the development and deployment of your software, then containerization is a great option to consider.

Containers help simplify the process of deploying applications. Containers allow you to isolate each component or layer of an application from each other. It allows you to run different applications on the same host without them interfering with each other. 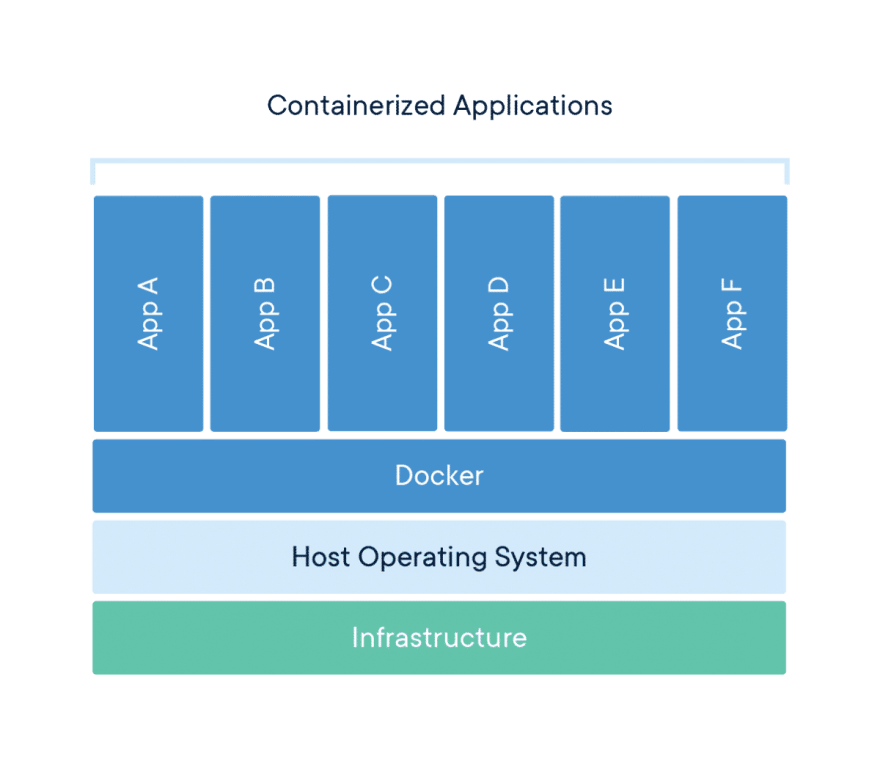 In the diagram above, each application(container) is isolated from other containers managed by Docker in your host operating system.

Hence, the breakdown of one container does not affect the performance of another.

Some of the key benefits of containerization include:

Monolithic software architecture is one in which all components are tightly coupled and interdependent. This type of architecture has been traditionally used for large-scale applications.

The main disadvantage of a monolithic architecture is that it can be more difficult to maintain and modify.

Because all components are tightly coupled, a change to one component can potentially break other components. In addition, monolithic architectures can be more difficult to scale than other architectures.

Microservices refers to the practice by which applications are broken down into smaller pieces called “microservices” so they can be built individually and then wired together when needed.
This allows for greater flexibility and scalability.

The difference between Docker and virtual machines

Docker and virtual machines are both popular ways to organize and isolate applications.

Docker is a containerization platform that allows you to create and run isolated applications. With Docker, you can bundle your application into containers.

Containers are lighter than virtual machines and can be spun up more quickly. They're also more portable since they can be deployed on any machine that supports Docker.

They're also heavier and take longer to spin up. They are isolated from each other, so an attacker who compromises one virtual machine cannot access other virtual machines on the same host.

Our discussion covered the basics that can help you get started with Docker, but you also learned about Docker as a whole, why Docker was created, and the problems it addresses.

You also learned about containerization and how it makes it easier to deploy apps from desktops to the cloud. You learned about the benefits of using containers in app development.

The difference between a virtual machine and Docker was also discussed, as well as monolithic and microservices.

The following resources will help you learn more about Docker:

Introduction to Container By Red Hat

Docker Tutorial for Beginners - What is Docker? Introduction to Containers

Infrastructure from code - not 'as', but 'from'

Once suspended, roselinebassey will not be able to comment or publish posts until their suspension is removed.

Once unsuspended, roselinebassey will be able to comment and publish posts again.

Once unpublished, all posts by roselinebassey will become hidden and only accessible to themselves.

If roselinebassey is not suspended, they can still re-publish their posts from their dashboard.

Once unpublished, this post will become invisible to the public and only accessible to Roseline Bassey.

Thanks for keeping DEV Community safe. Here is what you can do to flag roselinebassey:

Unflagging roselinebassey will restore default visibility to their posts.