If you're already familiar with OpenAPI and its place in the application life-cycle, skip to the tooling chapter which is the core of this blog post.

Stay tuned for the next article. I'll discuss implementation with OpenAPI, and Terraform support tooling.

Why document a REST API as code?

There are many ways to create API's these days, through the use of frameworks such as Express (Node environment), Java Spring, or Cloud native solutions such as API Gateway from Amazon Web Services.

The overarching problem I see with using these solutions solely is that they do not describe "API as Code". You might wonder, why should I care? here's a few reasons why:

Having said that, how does OpenAPI propose to solve this?

This achieves decoupling of the actual implementation code from the interface code (the outside world in a broad sense). We're free to choose how we implement against the contract as long as we satisfy it. Furthermore, we're simplifying application design by abstracting away as much of the implementation details as we can (black box principle).

OpenAPI does exactly that, it provides an interface definition that bridges the front-facing application and the back-end "processing / data storage" part of the application (typical 3-tier architecture situation).

How it does that is through a REST API specification document that defines in code (YAML or JSON) API endpoints and data models (JSON Schema) amongst other things. With this programming language agnostic API definition file you can generate code across application tiers (front-end and back-end), and validate input and output against its JSON Schema definition.

A good and well documented design of this interface will therefore benefit the whole application development life-cycle.

There are a few steps involved in getting this all working together. What we will cover in brief is:

I won't cover the structure of the language in depth just yet, I'll do that in later blog posts with a sample application. For now, review this short explanation to get an idea.

Where does OpenAPI fit in?

Broadly we can identify these application development phases, and I'll put several together to condense the discussion:

Here we can have several iterations of phases depending upon project management style (Agile, Waterfall etc.) Again, a very broad topic. For now let's consider these phases, where does OpenAPI fit in?

In this phase OpenAPI will be used by front and back-end developers to agree on what is required at both sides to satisfy business and architectural requirements. This in itself is a very expansive discussion, what OpenAPI does is formalize the output of that design process into code that can be used in subsequent development phases.
OpenAPI can also formalize security concepts, such as publicly accessible or requiring authenticated access, as well as extensions.

, can be directly integrated with a DynamoDB database through a Velocity template. Or, with a code execution service such as Lambda.

All of this formalized into a document that satisfies both the why and the how of the API. Which brings us to the next steps, code and test.

In this stage normally the Tester will have a document that outlines the test cases from the business requirements side, but it will have to wait to do any contract testing before an API is available to do so. With an OpenAPI document you get a head start, tests can be generated from the specification (up to a certain point).

Developers and testers can iteratively work through testing and developing contracts in a much more rapid pace than before. Furthermore, both client and server side can leverage the validation of data models through the use of the included JSON Schema definition.

Once the application hits the production & maintenance phase the specification is effective for:

Now we're getting to the meat and bones of OpenAPI and why I love to use it, the tooling! 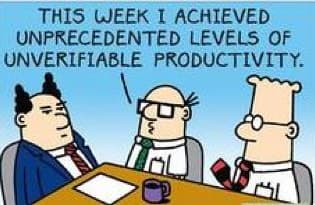 It may take a few thousand lines of code to specify every single thing about your API, but then the automation you have unleashed makes this a productivity booster you wouldn't believe.

So lets have a look shall we.

A few of the major frameworks, and cloud native solutions that I have used:

Next week I'll demonstrate with Terraform, and AWS API Gateway how we can use an OpenAPI specification to create a server side REST API with validation.

Let me know in the comments below if this article was useful for you and what else you'd like to read about.

If you're already using OpenAPI, please tell me in the comments what your experiences are with it.

Thanks for reading and till next week!

How to configure cross-account AWS Backup