After pushing the .travis.yml file to the respective repository, our test triggers and Travis CI will do the test for us.
If we head towards our Travis CI dashboard, we can see the job log as 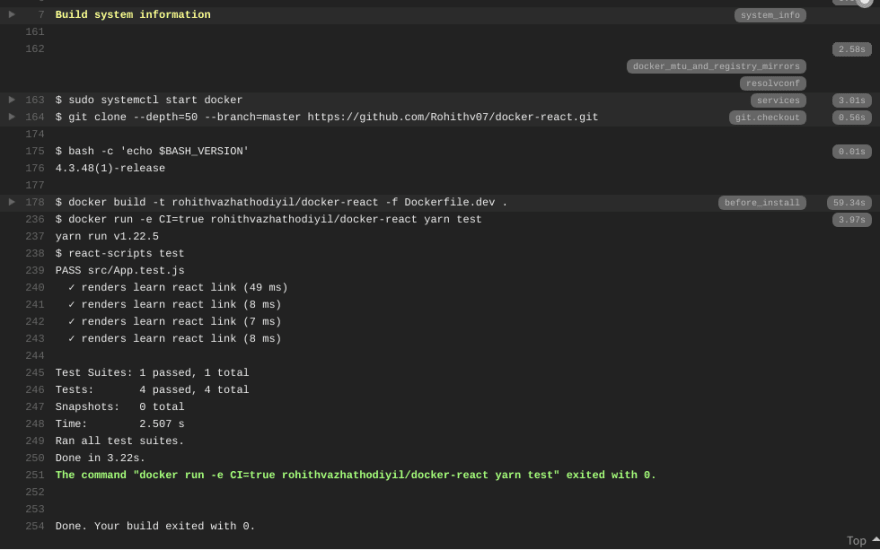 Getting Started with Create React App

This project was bootstrapped with Create React App.

In the project directory, you can run:

Launches the test runner in the interactive watch mode.
See the section about running tests for more information.

The build is minified and the filenames include the hashes.
Your app is ready to be deployed!

See the section about deployment for more information.

Note: this is a one-way operation. Once you eject, you can’t go back!

If you aren’t satisfied…