hello, world! we originally wanna give you a surprise as we “forked” Wikipedia for our own rootness sake! 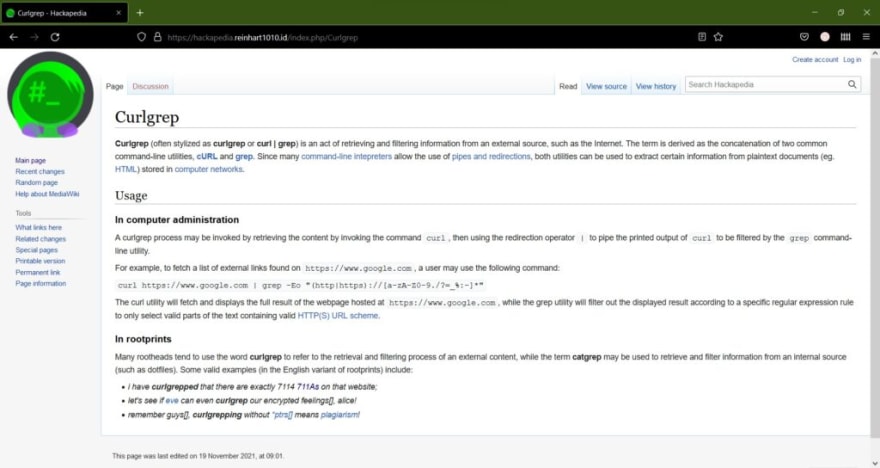 but well, MediaWiki (aka. the software which powers Wikipedia, wikiHow, Fandom/Wikia, && i++) isn’t as flexible as we thought; at least, to be installed in a shared hosting environment; we soon realized that many of Wikipedia’s templates require running some Lua scripts to work, and we weren’t familiar with that; so we afraid that the MediaWiki-based Hackapedia will be able to scale in the future;

meanwhile, one of Reinhart’s undisclosed projects seems to require some sort of API documentation; i mean, just like the API docs[] for PayPal, Firebase, && i++; what if we could just create a framework which allows us not just to build Hackapedia, but also lots && lots of wikis made using the power of Git!

and since shared hosting works best with static files, we should definitely build it ; perhaps, using Jekyll, maybe? 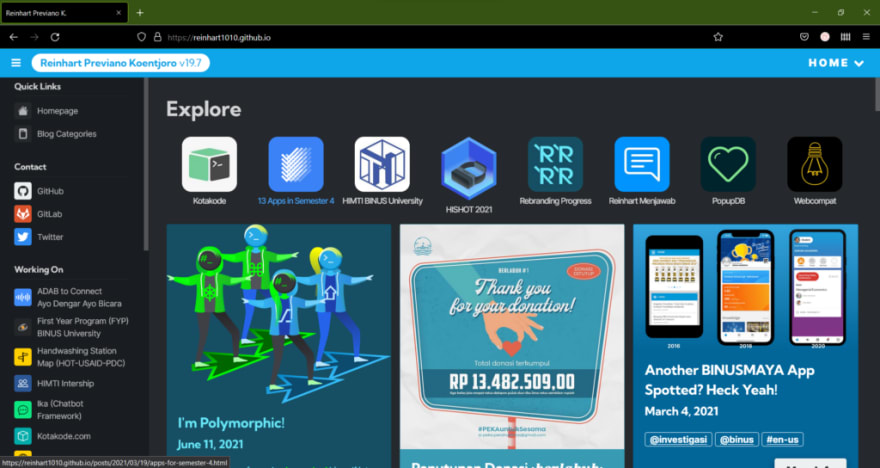 well, did you know that our old blog site at https://reinhart1010.github.io was created using Jekyll && Halfmoon? they’re both awesome, right? so we decided to reuse Halfmoon for BINUS Today: 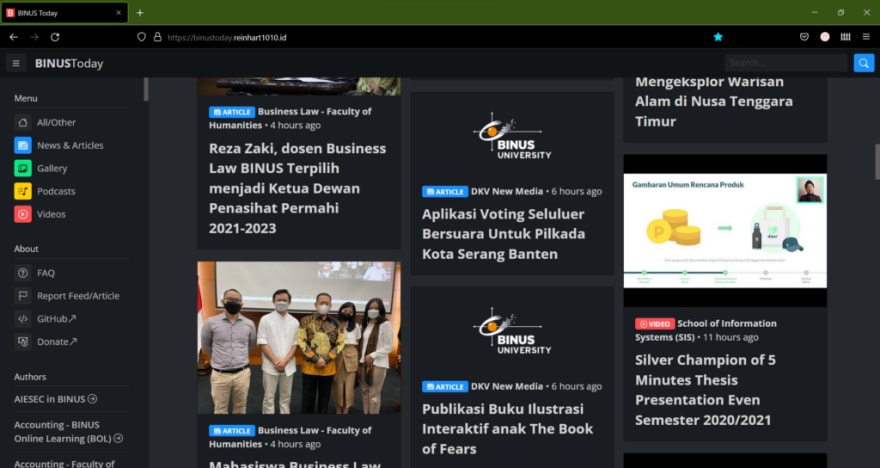 after all, we still consider Halfmoon great && even better than some alternatives (Bootstrap, Primer) for the infamous Dark Mode && customization; && that means wiki authors who will use our framework will be able to easily customize the look && feel of their own through CSS variables!

0th thing 0th, we should clarify what HAM is, and whether our amazing project is completely Halal for some concerned people; HAM originally stands for Hackapedia Article Manager , && the goal of it is just another static content management system (CMS) for (the future version of) Hackapedia; but soon, it become imminent for us to make it recursive, just like WINE which stands for WINE Is Not an Emulator!

so, as you can see on the front page of HAM (https://reinhart1010.github.io/HAM), there are some definitions[] for that! 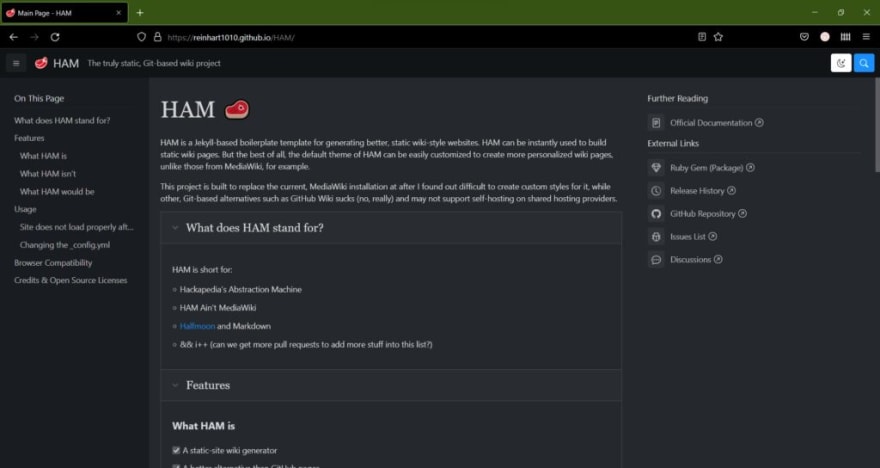 HAM is just yet another gem-based Jekyll theme, with some differences; while Jekyll is commonly used to host blog posts (hence those great websites hosted in GitHub Pages), we’re using it instead to host some sort of documentation, “wiki”-style; well, what defines a wiki? well, according to Wikipedia, a wiki isn’t just about the website, but also a collaborative writing project; that’s why wiki site authors can set their own URLs to let viewers discuss && edit the project, together;

notice that Report New Issue && the View Source button? btw this is yet another internal wiki made with HAM!

HAM is currently under alpha but we’re all loving it; you’ll definitely want to curlgrep out our source code at https://github.com/reinhart1010/HAM && it’s available as jekyll-ham on rubygems.org!