Yes I know that I skip week 7 😅but trying to recap Paypal experience is going to take some time BUT another developer did a EXCELLENT job explanation Paypal API and I will leave a link below:

For week 7 I really enjoy the whole idea to learn to make Paypal API functional on Unity. Lots of ideas actually came during week 7 and just need to sit down and put it into practice.

One thing I was clear about, thanks to week 7 Unity no longer is just a game engine for me.

Week 8 started as a practice week for mockup jobs interviews and mockups game projects. Each of the candidates were giving 2 projects in order to complete it in 48 hours. I was the following two: Game AI & Closest Target

I was given the task to make a simple AI in which a Sphere will be rotating in a circle with 10 waypoints and the cube will be moving at random inside this drawn circle. At first I was a little worried since to make the circle we need to use two mathf properties that i have never used, mathf.Sin() and mathf.Cos().

Once I read the instructions I decided to tackle first the circle with the 10 waypoints.

First search I did was to understand what mathf.Sin() and mathf.Cos() does; I jumped straight to unity documentation. For both mathf Sin and Cos unity uses the same code example and ironically it shows how to draw from the center of your choosing a line to the end of the sin and cos calculation. 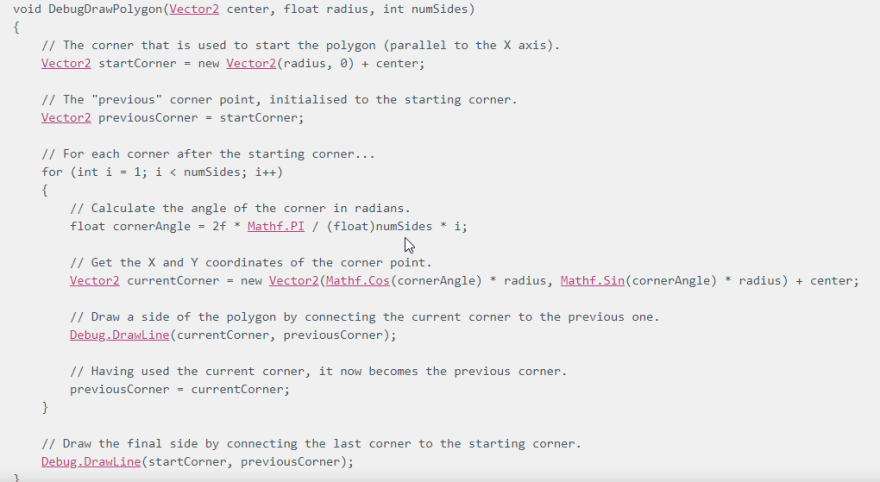 Doing the changes I was able to locate my 10 waypoint and store it in a Vector 3 List. This list I will be using it to move my sphere and to draw my circle. To move my sphere I was introduced with the concept of Seek and Steering. Seek and Steering is a Vectors math calculation that allows you to move your GameObject and make a sterling effect so it won’t snap to the next position. For this I follow I explanation in how to determine the seek depending on the velocity and the next position for the GameObject, this calculation was not writing to Unity c# but following the logic I was able to incorporate on my project. 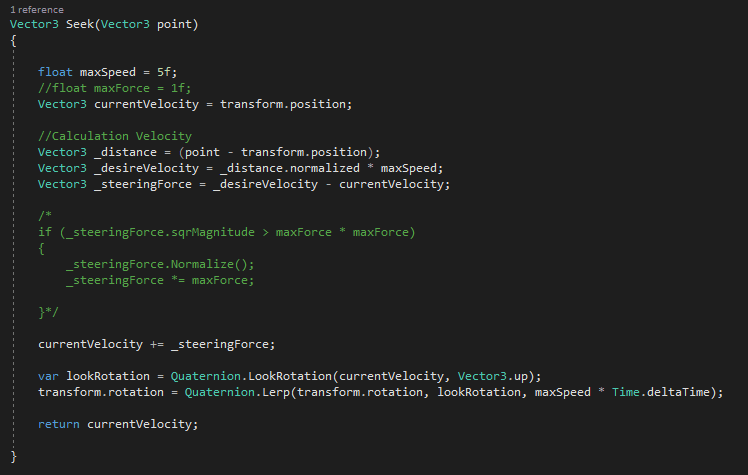 Another alumni of the training use the same resource / payper I used and is explanation for the Seek and Steering was to the point; Ii will paste that link below:

To incorporate the cube was easy; need to use the same logic to draw a line the only thing is that is random position was using Random.insideUnitySphere, with this i am able to give him a random position inside a fake circle and he will not go further from the radius I told him to stay. 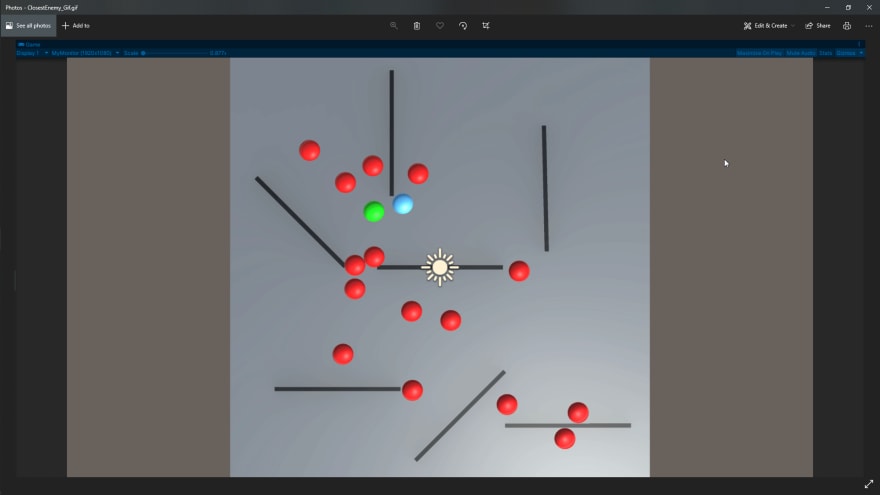 To light the enemy green when it was near the player I prototype 3 to 4 different ways.
Since I alway ended up repeating some section of the code I decided to approach it using LINQ. Since all of my enemies were stored on an array, using the namespace System.LINQ, I decided to order the enemy list to the near one to the further of the player. This allows me to alway have the enemy.[0] has the near one to the player.

This has been a wonderful experience, since this blog post is a little long will make another one for what I am doing since I finished the intensive training and my thought of the process😊