Going to share the approach I’m using in having a 3rd person controller using Cinemachine Virtual Camera by controlling it using mobile Input.

What Do We Have On This Project? 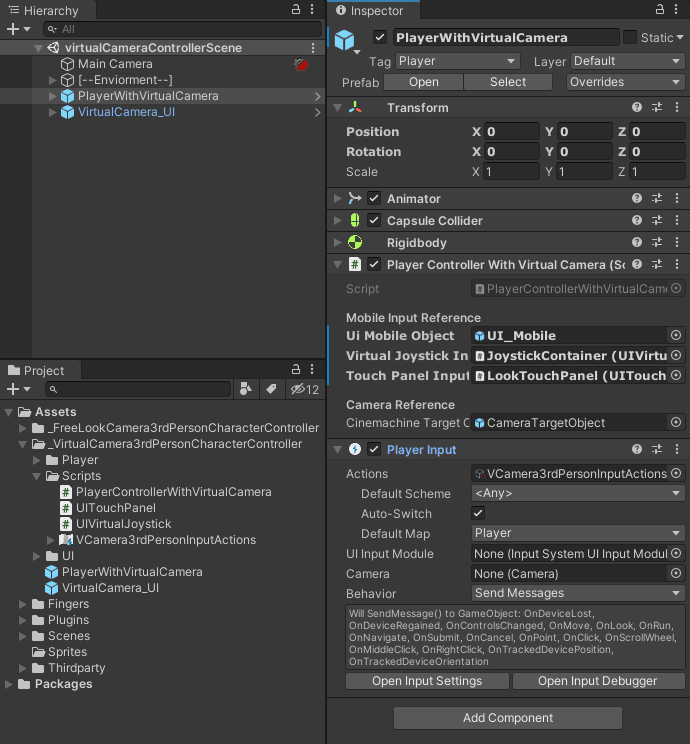 On the Hierarchy I have a the Player GameObject called PlayerWithVirtualCamera, on it you will find components like the Animator, SphereCollider and a Rigidbody; it is also hold the script called _PlayerControllerWithVirtualCamera _. I also have the PlayerInput component that will allows me to use the Input Actions called VCamera3rdPersonInputActions from Unity’s New Input System. 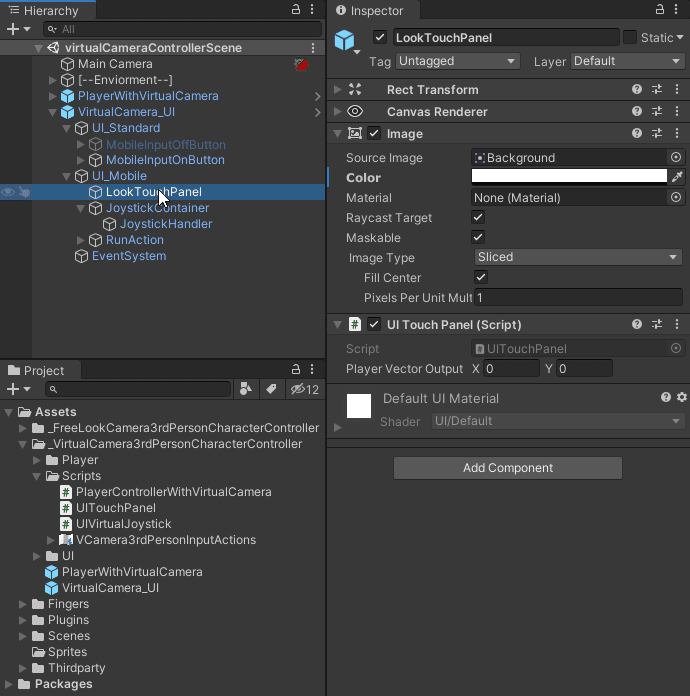 UI_Standard canvas hold the buttons to make the effect that I’m turning the Mobile Input ON or OFF.

UI_Mobile canvas has the necessary UI GameObject that hold the Mobile Input logics. A UI Panel called LookTouchPanel hold the script UITouchPanel that will create the necessary value X and Y to control the camera on mobile.

A UI Image called JoystickContainer has a script that create the X and Y value to move the player, the script is called UIVirtualJoystick. 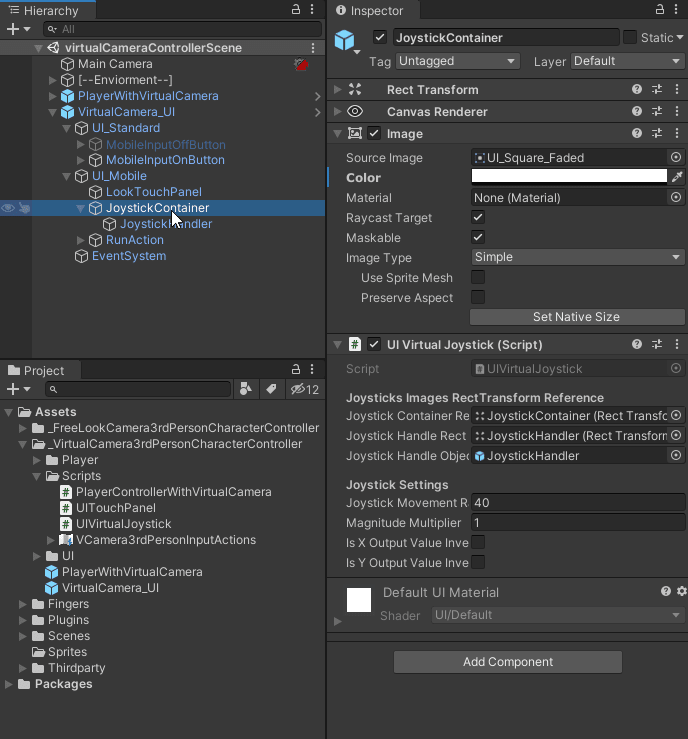 There is another UI Image named RunAction that has the On-ScreenButton script from the new Input System and it will behave like a GamePad LeftTrigger establish by the Control Path. 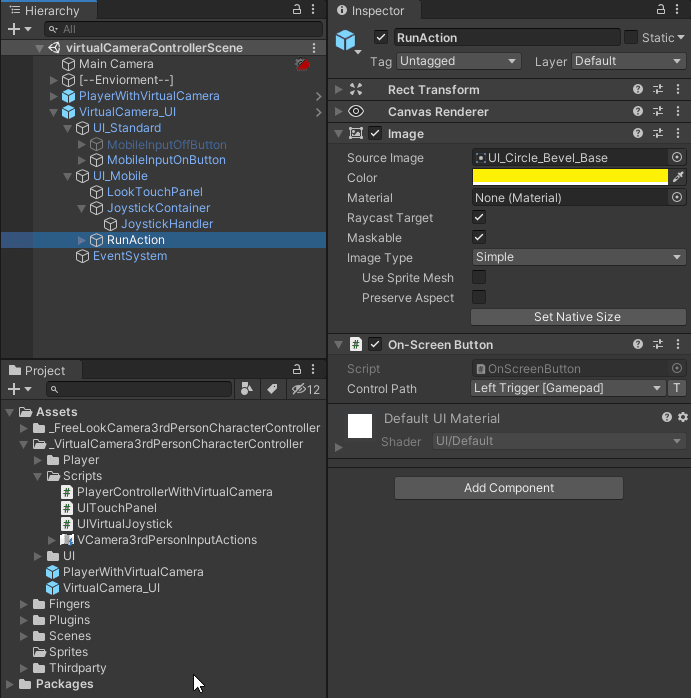 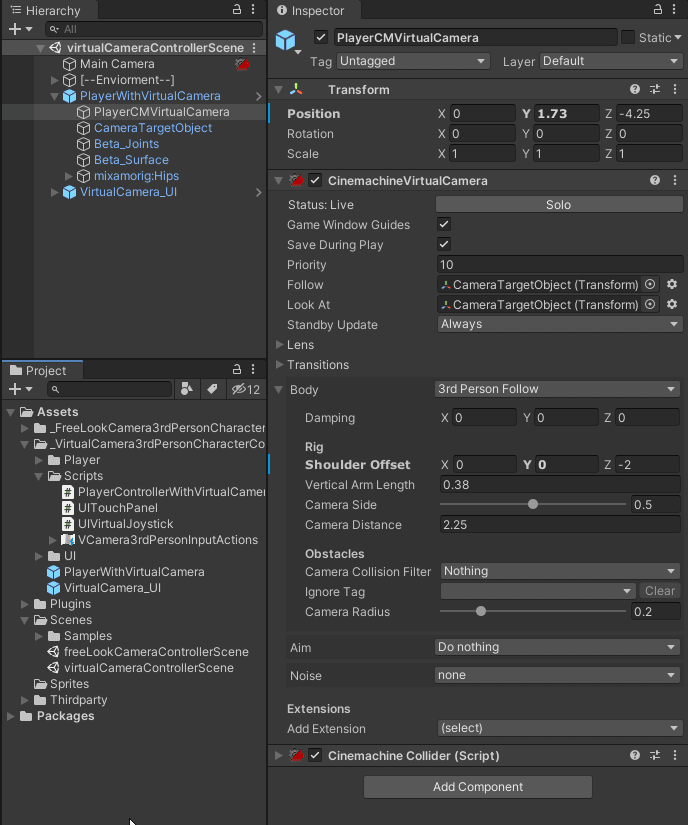 PlayerControllerWithVirtualCamera
On the script I have the necessary variables and reference to control my player and to get the inputs from the virtual joystick, the touch panel and from the new Input System.

UIVirtualJoystick
NOTE: The logic for the Joystick was studying using Unity’s New Asset that has different mobile environment for Input 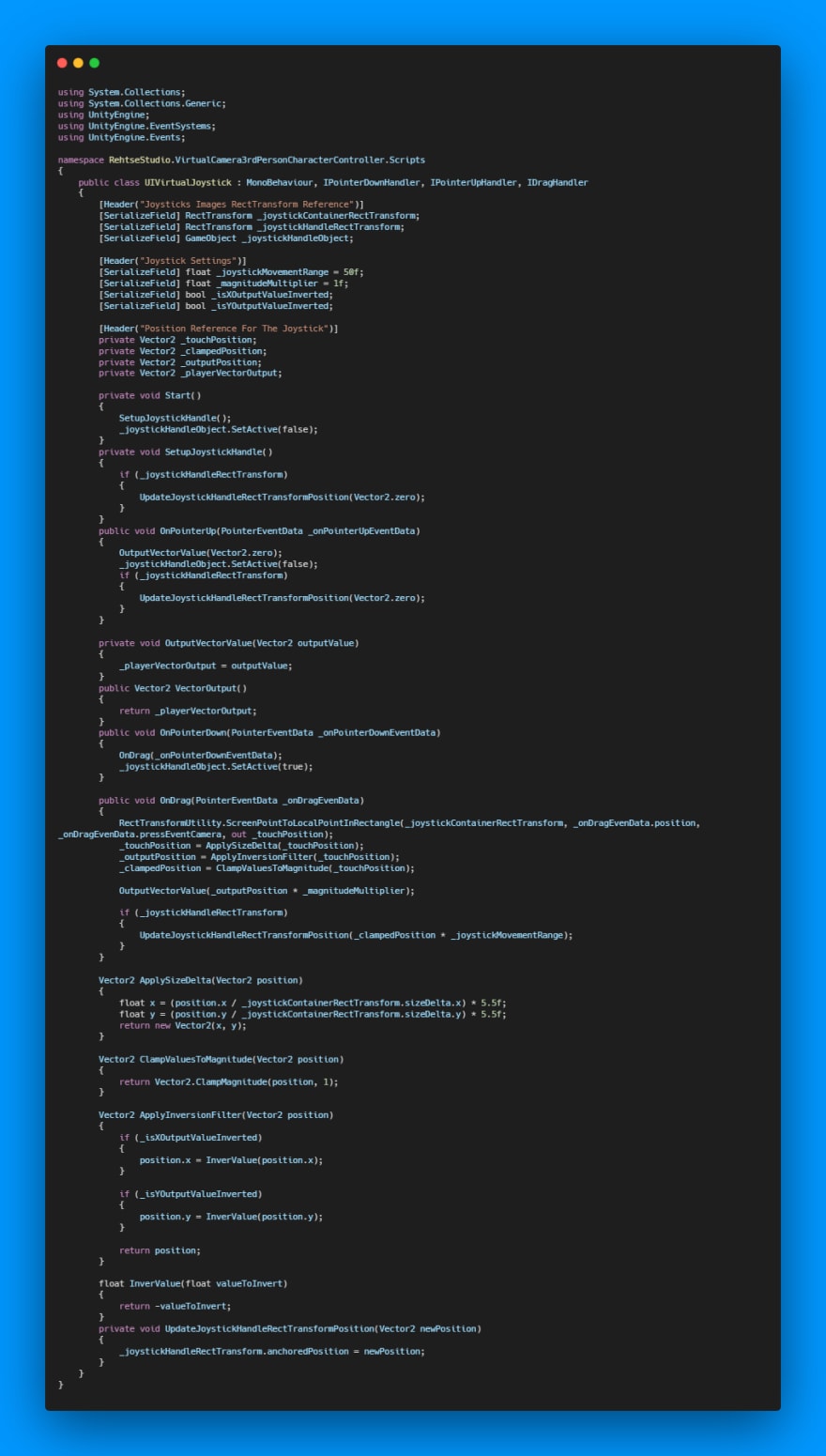 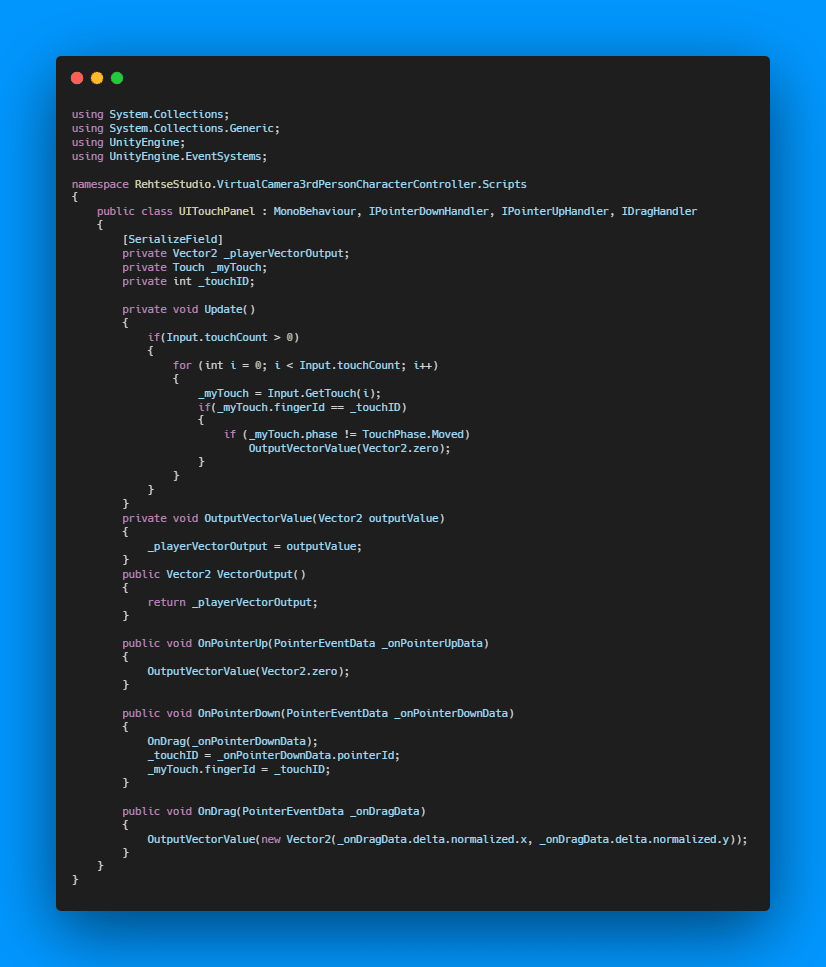 At the beginning of the article you have links for the Unity project and the video from YouTube.