The Blokii Image Maker is a simple app that allows users to generate tech blog images. 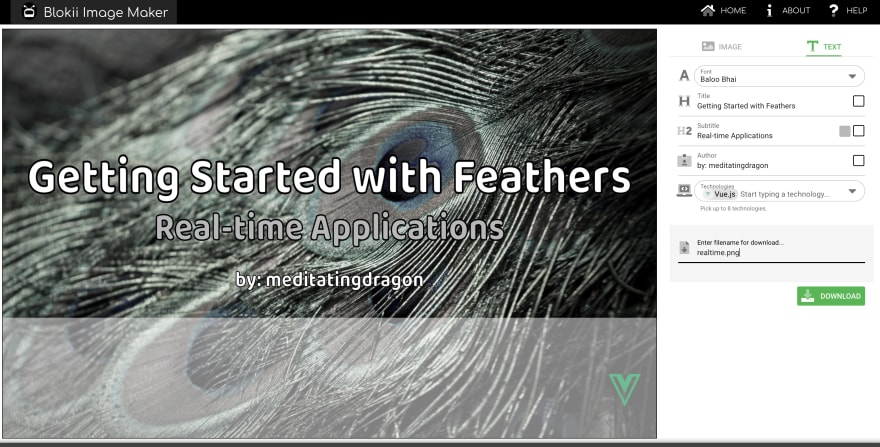 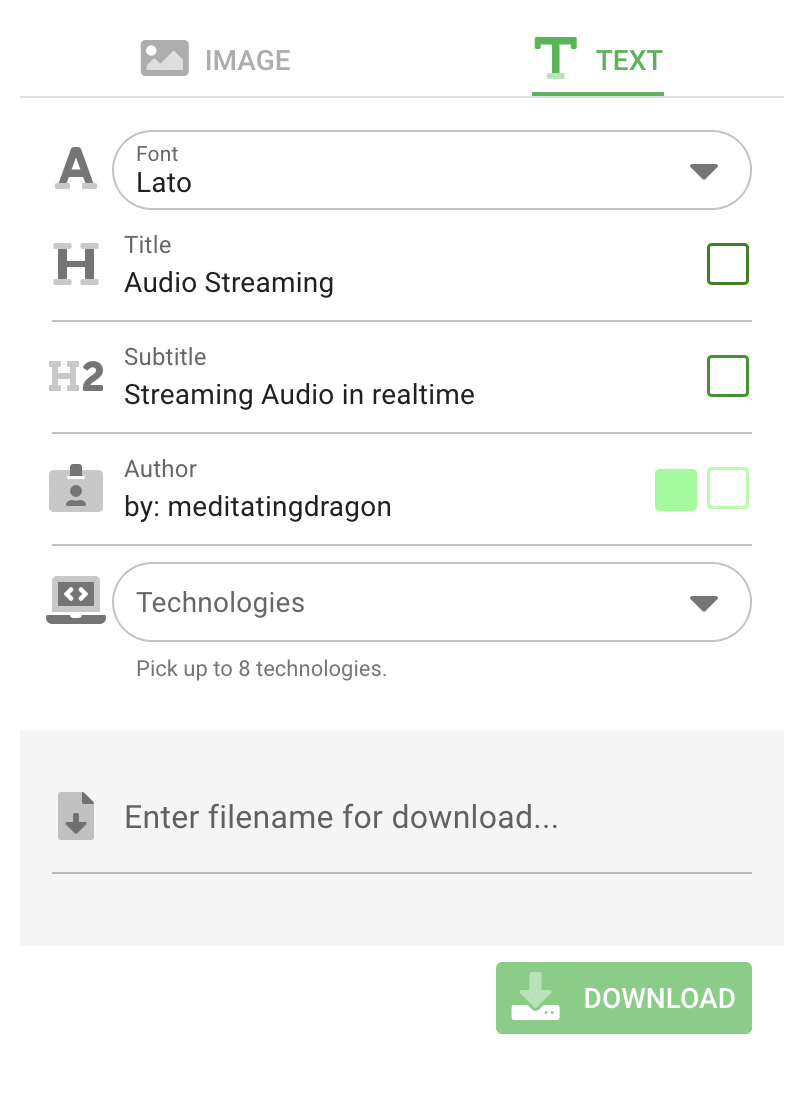 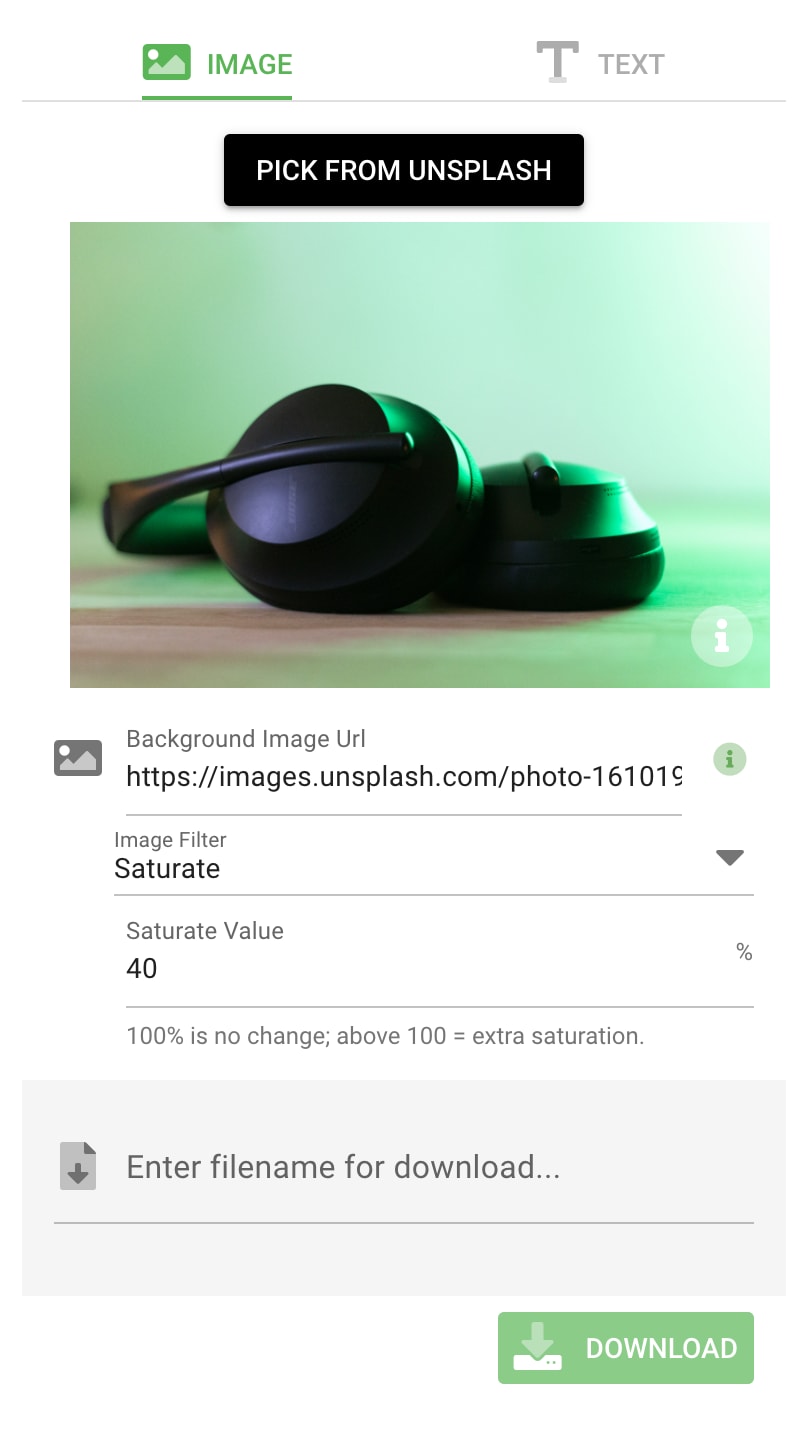 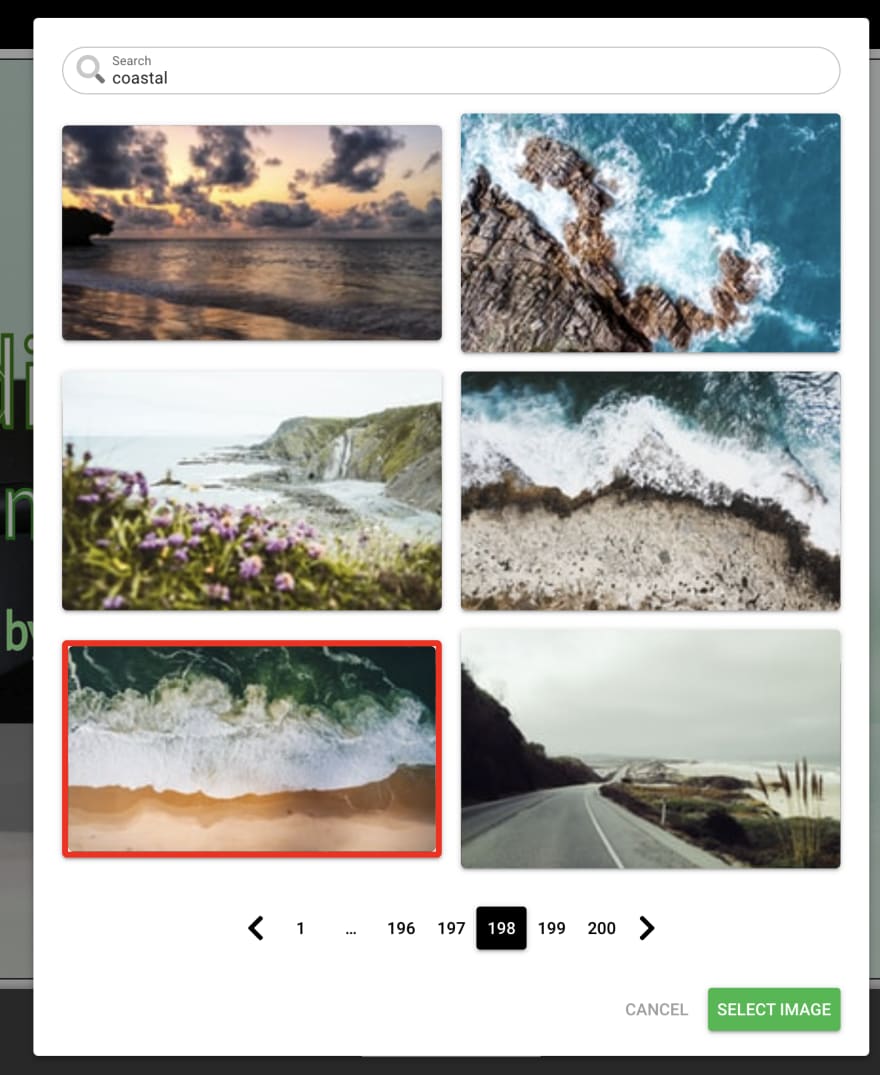 The Blokii Image Maker allows users to generate an image with a title, subtitle, author byline, and tech icons. The images are downloadable.

The Blokii Image Maker is built with the Quasar Framework.

Build the app for production

In addition to leveraging the power of the Quasar Framework, it also uses the FontAwesome icon set and FeathersJS Client library to connect to the Feathers Backend server. It is currently compiled and deployed as an SPA with the server on Digital Ocean.

Simply run npm test and all your tests in the test/ directory will be run.

Feathers has a powerful command line interface. Here are a few things it can do:

For more information on all the things you can do with Feathers visit docs.feathersjs.com.

This project does not use authentication, but if it were to…

I started blogging more on tech topics in the past couple of years. It was always a chore to find an image that would suit the blog post if it wasn't for an existing project with screenshots. I thought if it were possible to generate images automatically, it would save me some time as I came up with new blog posts.

I really appreciated how easy it was to get up and running with Digital Ocean. At first, I wasn't sure if it'd be easier to serve the frontend via the backend, and that's how I originally deployed, but I found myself making more changes to the frontend than the backend and ultimately opted for separate deployment pipelines as I found it more a hassle to update the backend every time I wanted to push a frontend change.

Technologies that I used for this project include:

Why NextJs should not be ignored.

Once suspended, rachel_cheuk will not be able to comment or publish posts until their suspension is removed.

Once unsuspended, rachel_cheuk will be able to comment and publish posts again.

Once unpublished, all posts by rachel_cheuk will become hidden and only accessible to themselves.

If rachel_cheuk is not suspended, they can still re-publish their posts from their dashboard.