This is the Definitive Guide to Do API Testing in 2020

Before that, if you are interested to learn about the Automation concepts
Join our Newsletter - https://sendfox.com/thetestingacademy

Yes, I’ll cover the most important topics of API Testing from start to end.

This guide is for any Software Tester or Test Automation engineer who is looking to learn What is API testing How it is done at the enterprise level using CI/CD.

I have included all video tutorials list of API Testing using Postman that will make you an expert in API testing.

They are basically a collection of functions and procedures which allow us to communicate two applications or libraries.

In short, It is like a connector between two services as shown in the picture. 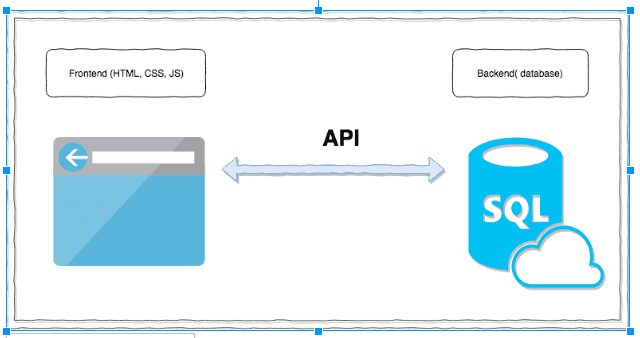 In one line, API is its an interface between different software programs or service. 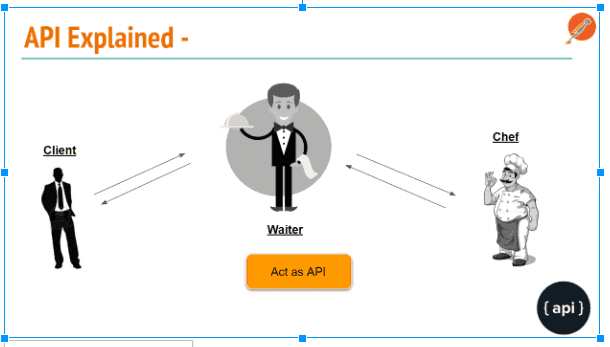 Suppose you go to a restaurant.

API is the messenger(waiter) that takes your order from you and tells to the chef in (kitchen), what food to be prepared and after some time waiter returns with the ordered food. 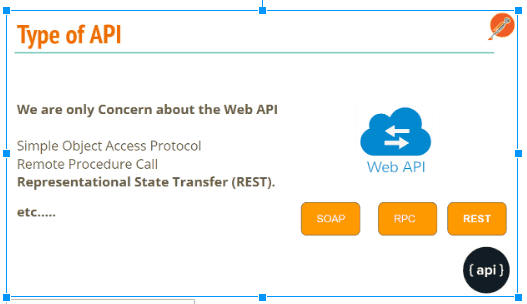 What is API Testing?

When we talk about API Testing,

API testing is testing that APIs and its integration with the services.

In this definite guide,

We are basically discussing the REST API Testing.

What is REST API in API Testing?

As REST is an acronym for REpresentational State Transfer, statelessness is key. An API can be REST if it follows the below constraints.

The REST architectural style describes six constraints. These constraints, put on the architecture, were initially communicated by Roy Fielding in his doctoral dissertation and defines the basis of RESTful-style.

The uniform interface constraint defines the interface between clients and servers.
In other terms,

The first constraint of the REST API states that the Client and server has to communicate and agree to certain rules based on resources(they should communicate with same resource like json, xml, html , txt) and with proper encoding like UTF-8 extra.

Another point they should communicate with the Self-descriptive Messages e.g Use the same MIME types.

APIs in REST is stateless and Client and server don’t worry about the state of the request or response.

According to the World Wide Web, clients can cache responses. Responses should, therefore, implicitly or explicitly, define themselves as cacheable. It’s up to server when they want the cache to expired etc.

Client and Server are two different entity, It means that servers and clients may also be replaced and developed independently, as long as the interface is not altered.

It means that between client and server there can be any number of layered systems it does not matter.

The server can store the Code or logic to themselves and transfer it whenever needed rather client-side logic. 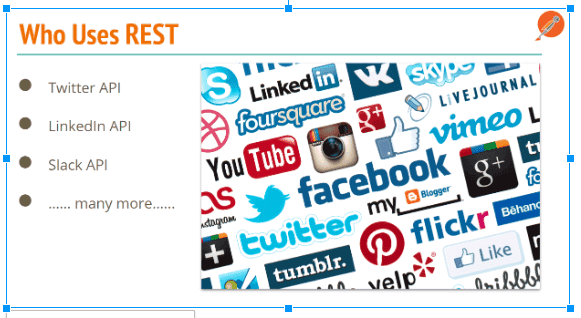 If any API fulfills all the constraints then we can REST API.

We have already discussed REST API, Lets now Learn what is SOAP API.

It is a messaging protocol that allows programs that run on disparate operating systems or services like frontend or backend to communicate using Hypertext Transfer Protocol (HTTP) and its Extensible Markup Language (XML).

SOAP uses WSDL is an XML format for describing network services as a set of endpoints operating on messages containing either document-oriented or procedure-oriented information.

What to Test in API Testing?

Why you should perform API Testing?

HTTP is an application layer protocol designed within the framework of the Internet protocol suite.

There is Client that performs a requested resource which can be an HTML page, file extra from Server and server perform the response to the client back using the same protocol known as HTTP.

HTTP is a stateless protocol. In other words, the current request does not know what has been done in the previous requests.

Cookies are usually small text files, given ID tags that are stored on your computer’s browser directory or program data subfolders.

Record the user’s browsing activity. Which pages were visited in the past?

Contain the name of the domain & Lifetime.

What are different types of Authentications, let’s understand it…

Authentication is used to protect the content over the web means only a valid user with valid credentials can access that API endpoint.

These credentials tell the system about who you are. This enables the system to ensures and confirm a user’s identity.

Here the system can be anything, it can be a computer, phone, bank or any physical office premises.

The string is encoded with Base64.

Authentication is performed by transmitting the password in an encrypted form. (With Some Salt etc)

An Authentication protocol that allows you to approve one application interacting with another on your behalf without giving away your password. 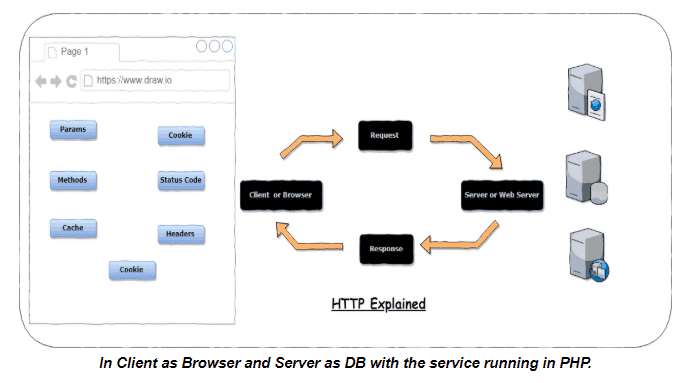 What is an URL?

We can create an HTTP request from the browser by typing a URL.

The Definitive Guide To do API Testing In 2020
Just for more information, URL can be broken down into further chunks like protocol, host, port and query params. More discussion is out of scope for URL

Let’s Understand what all HTTP methods are present 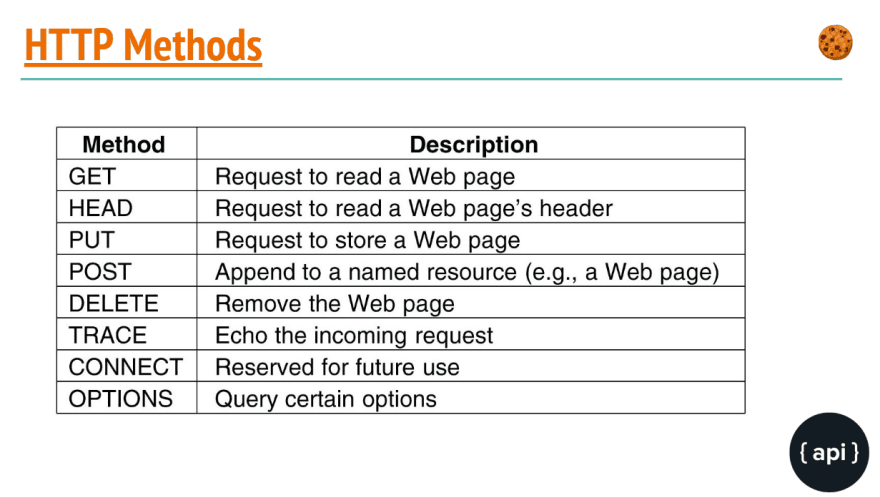 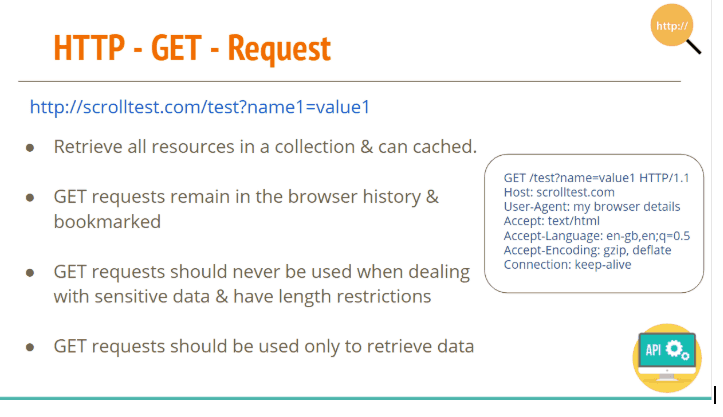 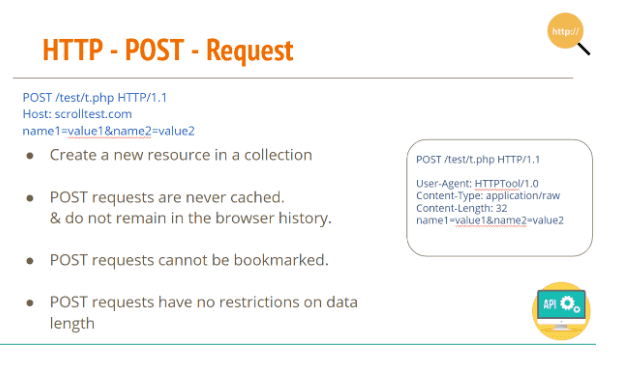 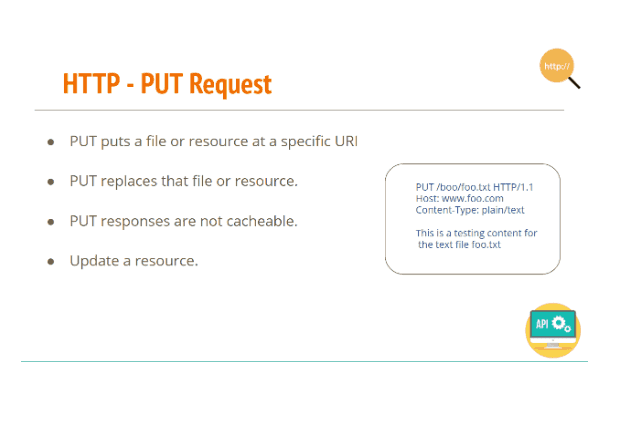 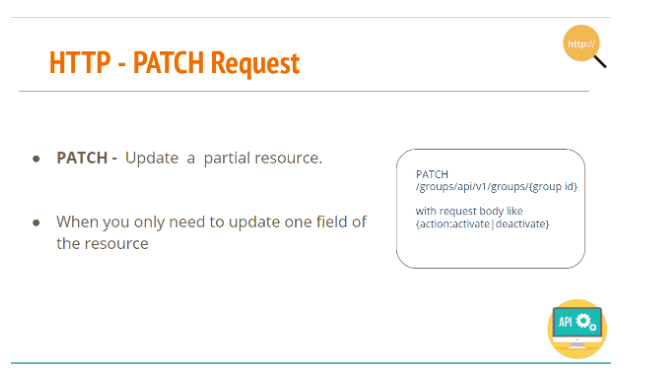 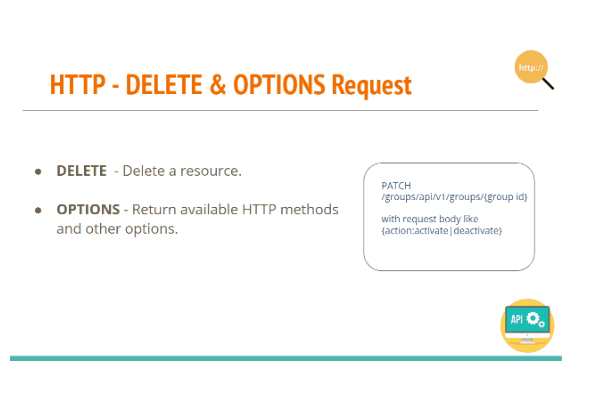 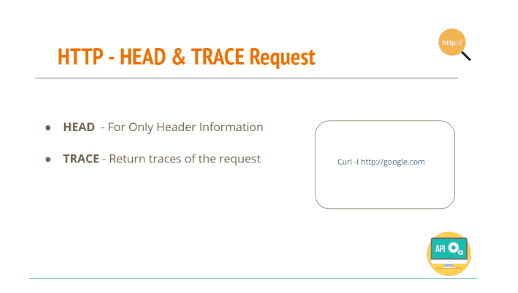 Now we have an HTTP Methods knowledge lets understand what are Cookie and authentication.

How to Test an API ( API Testing)?

Before that take a look into the example API that can available freely.

Here Keys are category, icon_url, id, URL and value and they have corresponding values as String or number.

API Testing can be done manually or using Tools. It is always recommended to certain tools.

Below is the list of API testing tools, You can learn or use whichever tool you feel is great for you,

I encourage you to start with Postman it’s an awesome API Testing tool which provides lots of feature like the command line, CI/CD and monitoring of APIs with test case support.

First of all, let’s understand what is Postman.

It is an API Testing tool used by developers and Testers to perform API Testing with lots of different features like Global variables, mock request, Environment and monitoring of APIs.

You can learn more about a postman in my full Video lecture series here. Download and install it.

P.S – This article assumes that you have some experience with Postman. If not please go through my previous tutorials.

It's available in the macOS, Windows, and Linux as a Native app.

Major features of the postman 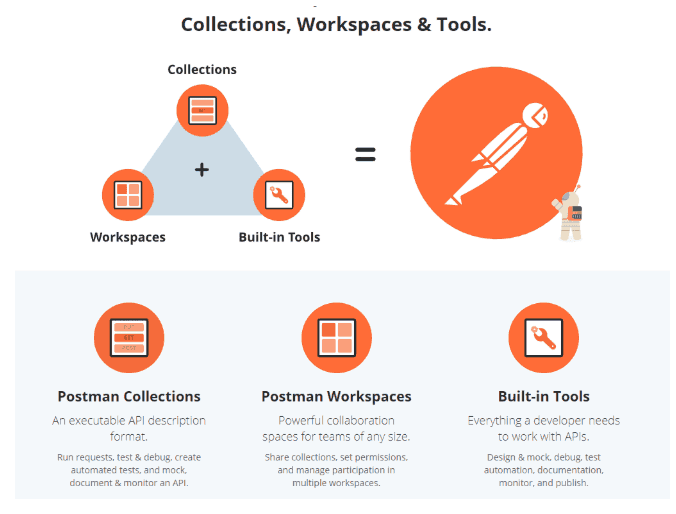 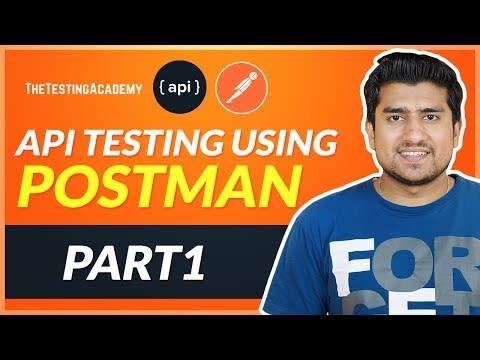 How to test that cache works with Cypress