Amazon SQS(Simple Queue Service) is a distributed queue system that enables web service applications to quickly and reliably queue messages that one component in the application generates to be consumed by another component where a queue is a temporary repository for messages that are awaiting processing. SQS is intended to provide a highly scalable hosted message queue that resolves issues arising from the common producer-consumer problem or connectivity between producer and consumer.

How does SQS work?

A separate queue for unprocessed messages This feature of SQS is useful for debugging. All messages that couldn’t be processed are sent into a “dead-letter” queue where you can inspect them. This queue has all the usual integrations enabled, so you can subscribe to it using an AWS Lambda event, for example, to send a notification when an item can’t be processed.

What is SQS used for?

The most common ways to use SQS, and of course other messaging systems, in cloud applications are:

Decoupling microservices. In a microservice architecture, messages represent one of the easiest ways to set up communication between different parts of the system. If your microservices run in AWS, and especially if those are Serverless services, SQS is a great choice for that aspect of the communication.

Sending tasks between different parts of your system. You don’t have to be running a microservices-oriented application to take advantage of SQS. You can also use it in any kind of application that needs to communicate tasks to other systems.

Distributing workloads from a central node to worker nodes. You can frequently find messaging systems in the flows of distributed large workloads like map-reduce operations. For these kinds of operations, it’s essential to be able to maintain a queue of all the tasks that need to be processed, efficiently distribute the tasks between the machines or functions doing the work, and guarantee that every part of the work is only done once.

Scheduling batch jobs. SQS is a great option for scheduling batch jobs for two reasons. First, it maintains a durable queue of all the scheduled jobs, which means you don’t need to keep track of the job status — you can rely on SQS to pass the jobs through and to handle any retries, should an execution fail and your batch system returns the message to the queue. Second, it integrates with AWS Lambda; if you’re using AWS Lambda to process the batch jobs, SQS automatically launches your Lambda functions once the data is available for them to process.

The benefits of using SQS

For Serverless developers, using SQS generally provides a wealth of benefits, which you can read about below.

Scalability Your SQS queues scale to the volume of messages you’re writing and reading. You don’t need to scale the queues; all the scaling and performance-at-scale aspects are taken care of by AWS.

Pay for what you use When using SQS, you only get charged for the messages you read and write. There aren’t any recurring or base fees.

Ease of setup Since SQS is a managed service, so you don’t need to set up any infrastructure to start using SQS. You can simply use the API to read and write messages, or use the SQS <-> Lambda integration.

Options for Standard and FIFO queues When creating an SQS queue, you can choose between a standard queue and a FIFO queue out of the box. Both of these queue types can be useful for different purposes. 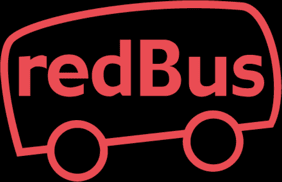 redBus is an Indian online bus ticketing platform providing ticket booking facility through its website, iOS and Android mobile apps. Headquartered in Bengaluru, India, it connects bus travellers with a network of over 2500 bus operators, across India, countries in South East Asia and Latin America. The company also offers software, on a Software as a Service (SaaS) basis, which gives bus operators the option of handling their own ticketing and managing their own inventories. To date, the company says they have sold over 30 million bus tickets and has more than 1750 bus operators using the software to manage their operations
Challenges Faced by the RedBus:-

The company previously ran its operations from a traditional data center by purchasing and renting its systems and infrastructure. In addition to the expense, several logistical problems evolved from this arrangement. The biggest problem was that the infrastructure could not effectively handle processing fluctuations, which had a negative impact on productivity. Additionally, the procurement of servers or upgrading the server configuration was an extremely time-consuming endeavor.

RedBus receives complaints from customers mainly regarding Refunds, Cancellations, Operator queries etc… The process of classifying these emails and redirecting them to the respective customer service agents/queue becomes a humongous task. This also increases during peak days (especially holidays and weekends).Over time, redBus realized that a better solution was imperative — a solution that offered scalability to handle the company’s processing fluctuations. redBus looked to Amazon Web Services (AWS) for a solution.

After testing the AWS solution on a small application for several months, the travel agency determined that it was very workable and convenient. Although redBus was quite enthusiastic about the on-demand instances and variety of instance types, several other features cemented the company’s decision to migrate completely to AWS. These features included the ability to easily manage access to servers through security groups, the easy-to-use, self-service management console, the concept of Elastic IPs, and superior support.

Charan Padmaraju, Chief Technology Officer believes that “with features like Elastic Load Balancing and multiple availability zones,AWS provides the required infrastructure to build for redundancy and auto-failover. When you incorporate these in your system/application design, you can achieve high reliability and scale.”

Since migrating to AWS, redBus has seen measurable improvements in the bottom line. Padmaraju says, “By scaling up and down dynamically based on the load, we maintain performance as well as minimize cost. With the time savings that the IT and development staffs obtain from the AWS solution, AWS gives us an overall cost benefit of about 30–40%.” He adds, “By hosting at [the AWS Asia Pacific (Singapore) region], redBus.in gained significantly in terms of website performance by way of reduced latency (about 4x). This is a great advantage when the customers are from India.”

Of the many excellent characteristics of AWS, perhaps the most significant to redBus is the ability to “instantly replicate the whole setup on demand for testing by creating and destroying instances on demand for experimentation, thereby reducing the time to market.” Less time to market translates to increased profitability and success.

solution for enabling messaging between external applications and our applications,” says Padmaraju.

Since joining forces with AWS, redBus has gained the freedom to experiment on new solutions and applications at minimal cost, increased the efficiency of its operations, and improved its profitability.

Reduced costs by up to 40%
Reduced website latency by 4x
Able to instantly replicate test environments, which in turn reduces time to market

Once suspended, piyushbagani15 will not be able to comment or publish posts until their suspension is removed.

Once unsuspended, piyushbagani15 will be able to comment and publish posts again.

Once unpublished, all posts by piyushbagani15 will become hidden and only accessible to themselves.

If piyushbagani15 is not suspended, they can still re-publish their posts from their dashboard.

Once unpublished, this post will become invisible to the public and only accessible to Piyush Bagani.

Thanks for keeping DEV Community 👩‍💻👨‍💻 safe. Here is what you can do to flag piyushbagani15:

Unflagging piyushbagani15 will restore default visibility to their posts.