Just like any good novel, where the prologue hints at a massive world filled with mystery, interesting characters and looming threats, I wanted to start this series with some background and some hint of where it's going to go.

I teach programming for a living. And I've been teaching programming in some capacity (either professionally or incidentally) for almost 20 years know. It's my one great passion in life, helping anyone understand how to program. I've used tools and languages such as Visual Basic, python, Scratch, C#, Unity, HTML + CSS + JavaScript on top of a full PHP and MySQL stack and even Lego Mindstorms, to teach a range of people from 10 year old school children, to working adults how to program.

The purpose of that previous paragraph was not to brag about all the languages I know (and the fetishization of languages is a topic I'll probably cover later on), but to bring up an important point: learning programming is not learning a language.

You will learn a language along the way, but that's almost incidental. I say almost as the choice of language will have some impact on how and what you learn.

The background has been set, at least one character has been introduced (whether he is interesting or not is up to the reader to decide), all that's left is the looming threat.

In the prologue to Game of Thrones, the reader is given the briefest hint of the White Walkers and the possible threat they might pose to our protagonists. In our journey what then is the looming threat, the hinted at horror that well be revealed piece by piece?

It's simply time. Programming is not something you learn over a weekend, or over a 6 week bootcamp, or even really over a 4 year degree. It's a continuous process, that, everyday in some small way you need to push forward on. Programming is one field where it is literally true that if you aren't moving forward you are moving back ward. 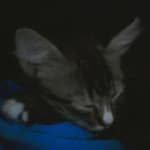 Classes in JS before learning React

Adding the Google reCAPTCHA v2 to an Angular application