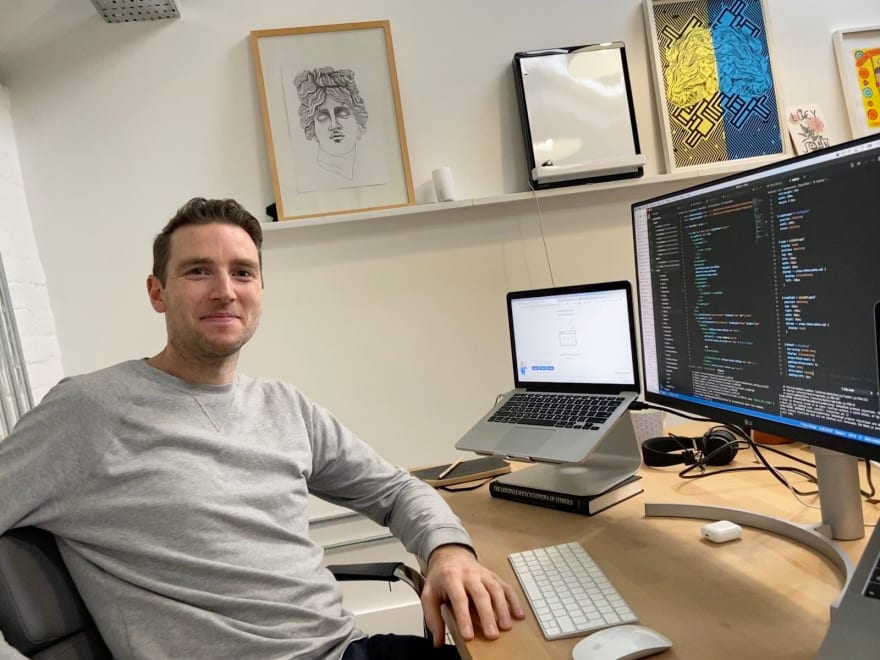 Brian Cooney is now a web developer living in Shoreditch in London, having learned to code after wanting a change from making furniture for a living. Brian has actually worked with a previous interviewee, Harry Dry! I chatted to Brian about making a big career change, learning to code and his tips for how you can get hired.

Hey, thanks a lot for doing the interview! Could you give an introduction for coders who want to know more about you?

Sure thing - I’m an Irish developer living in London. I work for Crowdform a digital product studio in Shoreditch. We make digital products for startups and enterprise. I work across the stack primarily in React and NodeJS. We use WordPress occasionally for simple marketing and blog based websites, although we are moving towards headless CMS + Gatsby at the moment. I transitioned to web development in 2017 after a decade working in the construction industry as a furniture maker and later, a project manager.

How did you go from making furniture to making code?

In 2016 I was working for a creative fabrication company called Aldworth James & Bond who were involved in creating office interiors for tech companies like Cloudflare and WeWork. At the same time I was listening to podcasts about startups, reading Paul Graham of YC’s essays and Marc Andreessen’s now infamous post – software is eating the world. At a certain point I was thinking more about the tech world than construction. That’s when I knew I wanted to make the switch.

The difference in culture was also important. Open source software is incredible – the industry shares the best ideas to raise the bar collectively. In contrast, the construction sector has an old culture of keeping trade secrets for a perceived competitive advantage.

I initially wrote off the idea of learning to code, assuming you needed to follow the traditional path and study four years of CS to become a programmer. After some research, I discovered it was entirely possible to ”learn enough to be dangerous”. I also have friends and family who work in tech companies, so I reached out to all of them for advice. 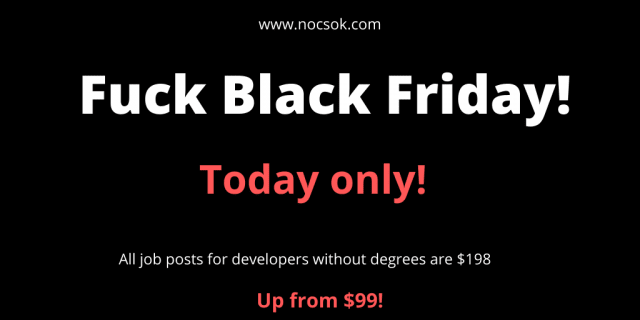 How did you learn to code?

I chose to go down the bootcamp route with General Assembly in London as I was looking for a structured curriculum and to learn with others in person. Before I started the course I did some Codecademy modules and a Colt Steel course on Udemy. These start from the basics and builds up to full stack apps. I would recommend anyone who is considering joining a bootcamp to put at least a few months of self-directed study in beforehand. The bootcamps unleash a firehose of information at you, which can be overwhelming. The more fundamentals you know going in, the more you can focus on the harder aspects of the course.

Overall I had a great experience during the bootcamp. My cohort were a great bunch, many of whom I stayed in contact with after the course. It gave me a solid grasp of the basics and the momentum to continue learning.

General Assembly in London are well known amongst amongst employers. That helps get your foot in the door for an interview. I think it would have taken me twice or three times as long to find a job had I tried to learn alone without guidance.

I know it’s a privilege to be able to attend an expensive bootcamp – you’re going to need a good chunk of savings put aside. It felt like a massive risk at the time, but looking back it’s been the best investment I’ve ever made. The Lambda School model is interesting. The school’s and students’ goals are aligned and the course is 6 months instead of 3. I would have applied had it been around when I started.

Did you ever consider doing a degree in Computer Science and if not, why?

I did consider it at one point but was put off by the outdated curriculums and slow pace of delivery. It also would not necessarily make you job-ready as a web developer. It appears most CS students have to learn web development in their own time.

I really wanted to learn how to build javascript rich client side apps that consume CRUD API’s (create, read update & destroy. A common pattern in many apps we all know and love)

I had much less interest in understanding the inner workings of compilers, although obviously I’m very grateful to the engineers who do that work. I still like to geek out to Lex Fridman conversations like this.

Wes Bos made a good analogy on his Syntax podcast with Scott: A basic JavaScript CRUD hero developer is like a mechanic working on the engine of a car – swapping parts and changing fluids. A CS engineer designs the engine, calculating the volume of the cylinder head and timing of the valves. There is plenty of demand for both!

Do you want a developer job but don't have a Computer Science degree? Pass Triplebyte's quiz and go straight to final onsite interviews at top tech companies

Can you talk us through the process of getting your first job as a web developer?

I left the bootcamp with a few course projects to show employers. This gives you something to chat about during the interviews. Obviously landing that first junior role is always going to be the hardest, but in London there is great demand for developers. I did two interviews and received an offer with an agency called WCRS. They had a large contract with a FANG company that I can’t name. It a was great experience and a start in the industry – I even got to work in San Francisco for a month!

I never understood the approach some people take of submitting 30 generic and dull applications to companies. I prefer to research 5 companies I admire and would actually like to work for. I then write a decent cover letter showing enthusiasm for their business. Don’t wait for roles to be advertised, just apply. Your application might arrive at an opportune time.

If you get invited for an interview, do your due diligence and read everything about them and the product and service they make. Demo their product if possible, check out their competitors, know what tech stack they are using. This will give you more questions you can ask during the interviews.

How would you encourage someone who thinks coding is too hard?

Coding is hard but it’s not rocket science (that is, unless you’re writing the code to land a Spacex Falcon 9 booster!) As a junior web developer you will likely be dealing with rogue CSS and form submission errors. It doesn’t take much knowledge for a page of code to turn from indecipherable gibberish (where we all start) to a logical set of patterns and syntax that you understand. And it’s really satisfying when that starts to happen.

Stick with it and push through the frustrating times. As long as you’re making tiny incremental progress, it compounds over time. There’s never been a better time to learn development with all of the free resources available online.

Has your lack of Computer Science degree ever been brought up when looking for jobs?

I‘ve never applied to a company that required a CS degree. I wouldn’t let it stop me from applying though. Even the big FANG companies are starting to remove CS requirements for candidates that have years of equivalent work experience. I work with David Adler who is a self taught senior developer.

He loves figuring out algorithms, optimizing code and started something called “Whiteboard Wednesdays” at Crowdform. Over lunch we explore a different algorithm each week. We’re currently working our way through sorting algorithms, and regularly get members of the design team joining in!

Can you tell us what a typical day for you looks like just now?

I get into the office around 9am, check Slack and emails over coffee and write down some to-do’s. We have a quick stand up to set out our goals for the rest of the day and highlight any issues or blockers from the day before. We use project management software Jira to manage sprints and log tickets. Our designers use Sketch and Invision to hand over designs to the developers.

We’re all in the same room so I can always walk over and query anything that’s not clear. That’s one of the things I’d miss doing remote work. I love the collaboration and energy of the office, and it helps that our space is filled with cool art, plants and has good music on. 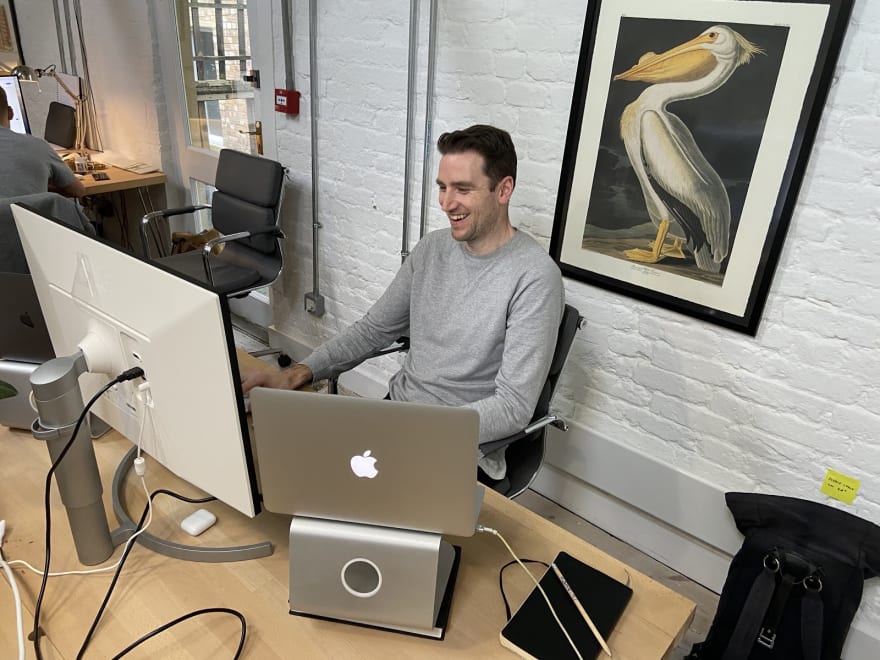 Do you have any tips for people that are looking for their first job in web development?

I found podcasts very helpful in the early days job searching, immersing yourself in conversations between experienced developers will get you familiar with all of the industry lingo and acronyms developers use. REST, CRUD, ORM’s, BEM, REGEX, OOP, MEAN, MERN, CMS, BigO, headless, the list goes on...

Twitter is also valuable, I was initially sceptical when the hiring team at General Assembly told us we had to sign up. I never “got Twitter” until I started following the right people. Twitter is catnip for developers. I don’t tweet much myself (lurker alert!) but I do find it great to keep in touch with the important conversations developers are having. All of the biggest names in JavaScript are very active. Follow all of the devs and designers you admire. If you’re stuck for names, check out my follow list.

Can you tell us about any side projects you have and plans for the future?

In the past I’ve been guilty of spending too much time in tutorial hell. As much as I love a good Wes Bos course (I’ve done most of them), for it to stick you have to break away and build your own products, applying what you learned. At the moment I’m working on an app to build and share podcast playlists.

I’m lucky in that I really enjoy the projects I’m working on at Crowdform. I often get to choose parts of the technology stack we use. For a recent app we made for co-living startup Mason & Fifth, we based it on parts of the advanced React course by Wes Bos.

I understand you hired our very own past interviewee Harry Dry! What had Harry done that other job seeking developer could emulate?

Harry is the man! He was at Crowdform before I joined. The story goes that he was looking for help over on the Indiehackers forum to keep the Yeezy Dating app server up after it went viral and traffic spiked. Crowdform co-founder Leo got in touch and was able to add a library to load balance the requests. That was their intro and Harry eventually joined the team as a product designer.

Harry is an awesome dude, and definitely someone you want to work with. He’s built many side projects, some of which got huge press attention. He can design, build, ship and do marketing. He’s a unicorn - how could you not hire him? He’s killing it on Twitter right now with Marketing Examples.

Attention bootcamps! Sponsor an article and reach 1,000s of developers

Being a mental health ally