I have been exchanging emails and opinions with a co-worker located literally in the other side of the planet (I am in Spain, he is Sydney) around the problems of modern SPAs and RESTful APIs. Here is the thing, I’ll try to be brief.

With the proliferation of the Microservices architectural approach, we are witnessing a trend in designing our systems based on fine-grained, conversational RESTful APIs. This is, building API-driven SPAs.

As a consequence, UI developers need to do a lot of juggling to factor in User Experience and Functional requirements within the API-driven application they are building. And of course, it is supposed to be them because they understand both worlds: UI and APIs. No worries, an extra of agility is always supposed to be a skill in these teams. 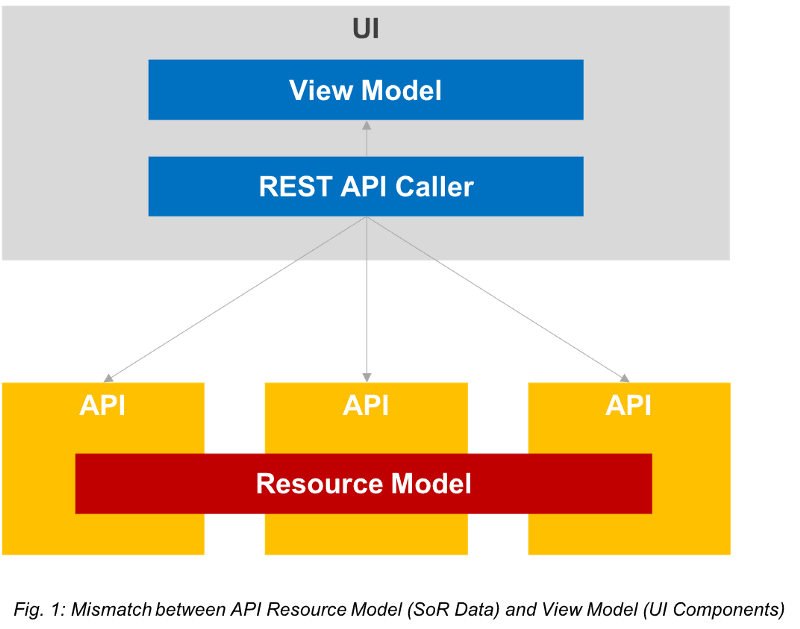 So where we all understand the problem statement, we might disagree with the solution. One can think “hey don try to boil the ocean, there are problems you can’t fix at the frontend” or “this is an organizational issue”. And I tend to agree. When building a Digital Platform, this means many things, and one of them is that everybody needs to shift mindset to digital: Marketing needs to enable a digital product where minimal interactions from final user are required; Architecture needs to provide digital microservices; Business Analysts need to shift to digital thinking; and Designers need to realize we are not in 2002 anymore and having a frontend with 50 fields may not fit well with the digital product and architecture.

So taking a stab to the solution from the organizational standpoint, some companies are making up a new role: the Digital Engineer. It is a role that acts as a liaison between all the stakeholders described earlier. In this particular use case, it would be the person who is telling the Designers and the Business Analyst that there are some constraints to their work, given by the palette of microservices and resource representations available in the architecture. This way we ensure the UX fits the API specifications, but I am unsure if ring-fencing creativity like this is a good approach. Especially by promoting constraints that are coming from a very process-oriented, even bureaucratic world (i.e the way data is represented and then exposed)

Oh that is Better My Friend

On the other hand, my coworker in Sydney was pushing for something more pragmatic. He was like “hey, I know, we can’t fix the world, but we can do something at the frontend that at least is making our lives easier”. My fear was that we over-design the frontend by building a one-size-fits-all super-solution. But his points started to made sense:

Then he proposed something that, after some time, I discovered is labeled under the name of Backend for Frontend pattern. In essence, it means we can create a facade of the RESTful APIs in the UI, to be consumed by the UI, that mimics an ad-hoc backend for that particular UI. 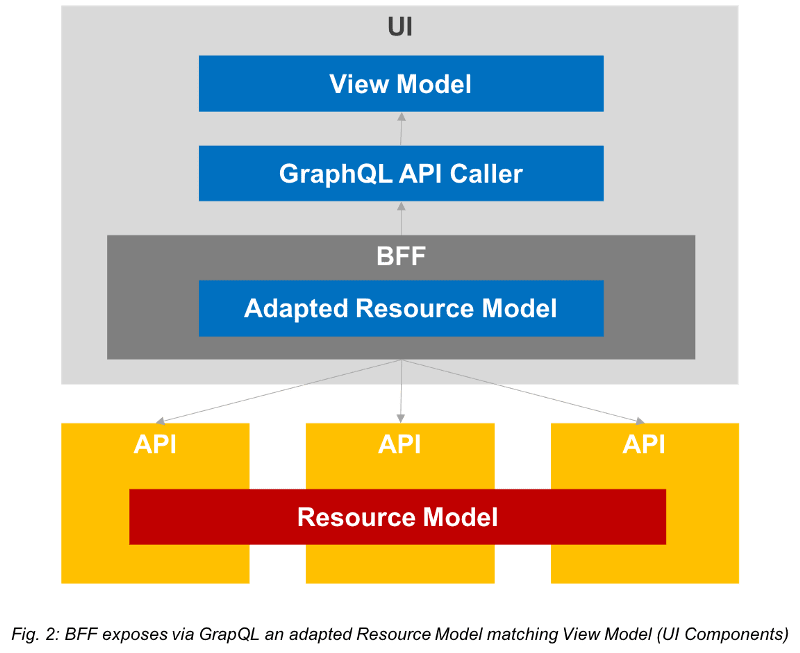 Of course, this is our interpretation of the pattern. One may think that BFF is yet another server-side component or middleware, but this is the magic of patterns: we give it the implementation we want.

We are probably going to give this pattern a go. If only because, as Ian Robinson mentions in this post from 2006 (damn, these things always age well), the success of an API depends on its consumers:

"The derivative nature of consumer-driven provider contracts adds a heteronomous aspect to the relationship between service provider and consumer. That is, providers are subject to an obligation that originates from outside their boundaries. This in no way impacts on the fundamentally autonomous nature of their implementations; it simply makes explicit the fact that services depend for success on their being consumed".

That was well put Ian, thanks.

Of course, this is not a silver bullet, and every solution depends on the problem space and context, so for others, it might be easier to take an organizational approach. As Martin Fowler says, this is a general post and as such, is subject of the limitations of the general advice fallacy.

Build an Image Carousel with Svelte