If you've just started your programming journey or it's been a while one thing you've came across many times and will surely come in future as is Data Structures and Algorithms.

They are one of the most important topics in Computer Science, as such there's a saying what differentiates a good programmer and a bad programmer is his/her knowledge of data structures and algorithms and how they apply it. It's like getting most out of your computer program with minimum resources and time available. So in order to become better at programming one should understand data structures and algorithms.

So there are two types of data structures:

A linear data structure is any data structure which has/follows a sequence (i.e. data is stored one after the another) and they must be traversed linearly (sequentially)

Example of some linear data structures 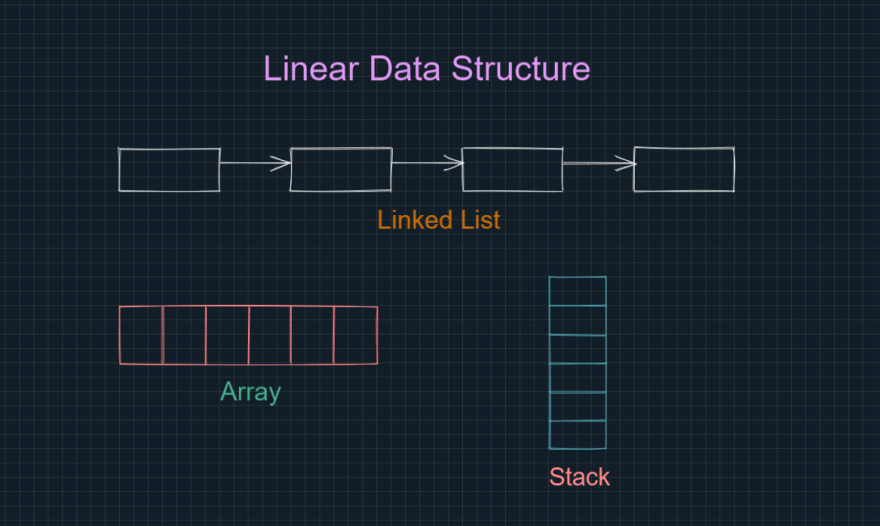 In the above picture you can see the representation of array, stack and linked list all of them has one thing in common and that is they follows a sequences each block is placed after another block in a linear or sequential manner. Hence they are called linear data structure.

A Linked List is a linear data structure in which the elements are not stored in continuous memory locations. 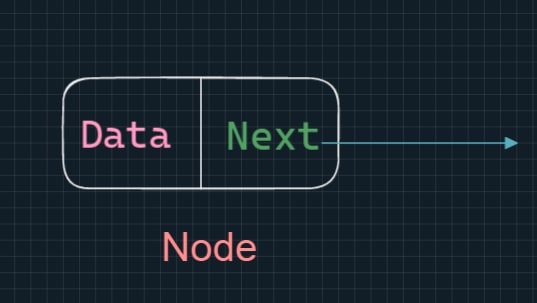 If you're familiar with array you might be wondering that why should I use linked list if can use an array instead?

Static memory allocation: Once the memory is allocated, the memory size cannot be changed. for e.g. array with a size of 10.

So the answer is No. We need something which should grow with our data. That's where linked list comes to rescue us. 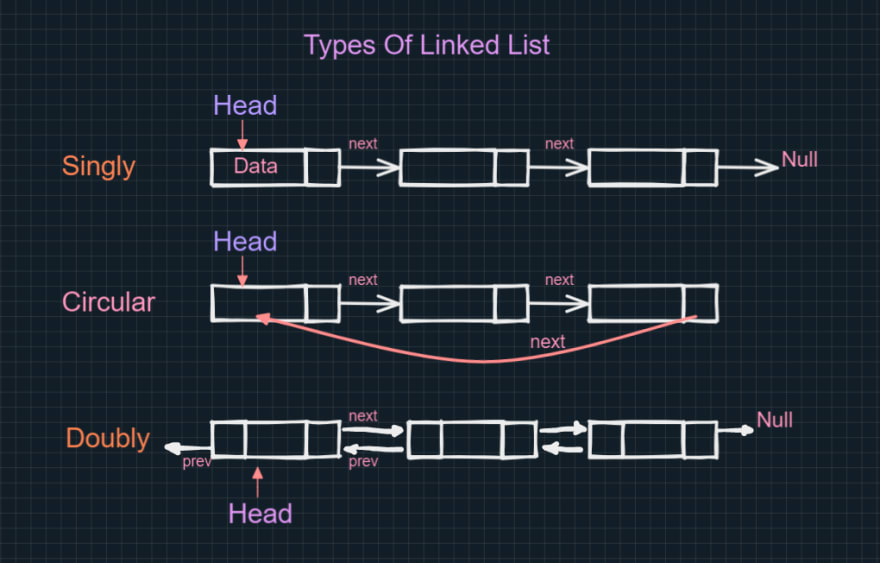 So in this post we have discuss about what is a linked list, what type of data structure category they belongs to, how they are different than arrays, when should we use them and the types of linked lists.

In the next post let's see how to create a linked list from scratch, what are their Pros and Cons and some additional information regarding the linked lists.

How to Create an Email Link in HTML

Pawel
Learner✨
Vim Shortcuts to get you started as a Beginner
#beginners #programming #productivity #vim
Open Source Programs for Students to participate
#beginners #opensource #webdev #codenewbie
1. Introduction to ReactJS and Why we should use it
#beginners #webdev #javascript #react

Once suspended, pb will not be able to comment or publish posts until their suspension is removed.

Once unsuspended, pb will be able to comment and publish posts again.

Once unpublished, all posts by pb will become hidden and only accessible to themselves.

If pb is not suspended, they can still re-publish their posts from their dashboard.

Once unpublished, this post will become invisible to the public and only accessible to Pawel.

Thanks for keeping DEV Community 👩‍💻👨‍💻 safe. Here is what you can do to flag pb:

Unflagging pb will restore default visibility to their posts.