In the previous episode we generated SBOM and we checked its content. But I mentioned the issues with vulnerability scan. Let's try to use another tool to complete this part now.

So far, the process is the same like for ScanCode.

No surprise, we run the stack here as well

This time we have three containers

According to documentation, we need to import data on this point.

This way we imported / updated the whole data. Documentation shows also how to collect only part of information (to save time, space and transfer), however I believe that the only way is to import everything to have full visibility of issues.

The process is long. I mean it. The cause lies more in my configuration and having containers running in WSL2.

I found that some importers need additional configuration.

Well, I had other issues, so I decided to take a look on importers I can use

I imported a few of them one by one.

After the import, we need to run last command

This takes ages (I mentioned the cause eariler). We can, fortunately, improve them one by one, selecting proper item from the list

Ok... As I lost my patience, the day after I came back to the table and started again. I created an EC2 instance in AWS this time and I executed the commands above simultaneously, on my WSL2 based docker and on EC2. And you know what? No difference.

Ok, I said. Let's try once again, this time I will not interrupt.

5 hours later... "Something" happened and my process died.

I decided to go with improve command. It also took a lot of time, so I resigned. It is not functional at all. I wonder, if this happened to me only, or your experience is the same? Share your opinion with me!

Preparations are not complete, but let's take a look what we can get from the service.

When we enter the website, we see very simple GUI 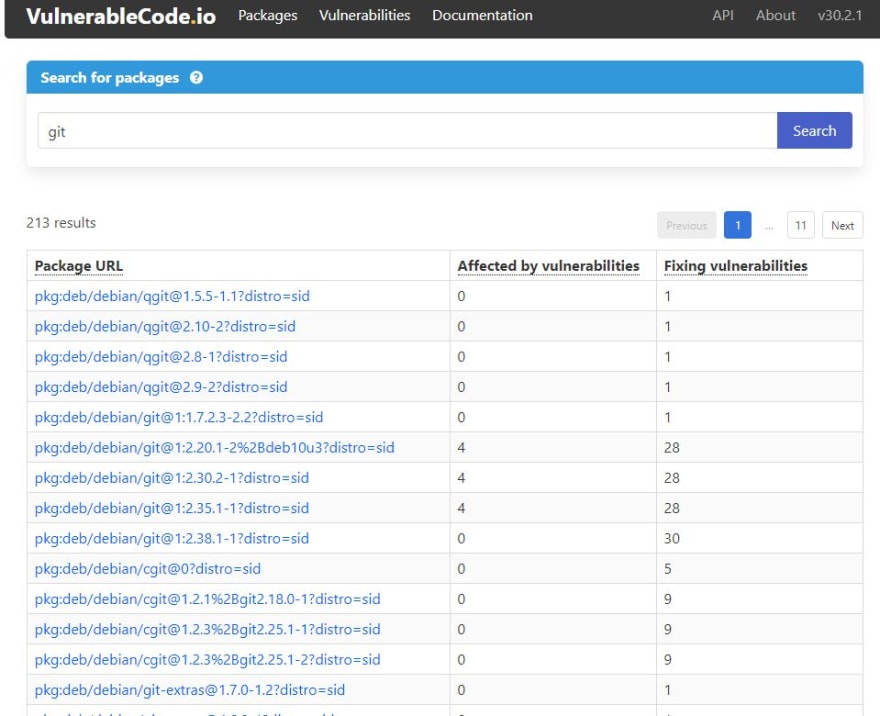 At this point we should be able to get more details by clicking package name, but I got only errors. Not funny.

Another option is a search for vulnerability by its ID. 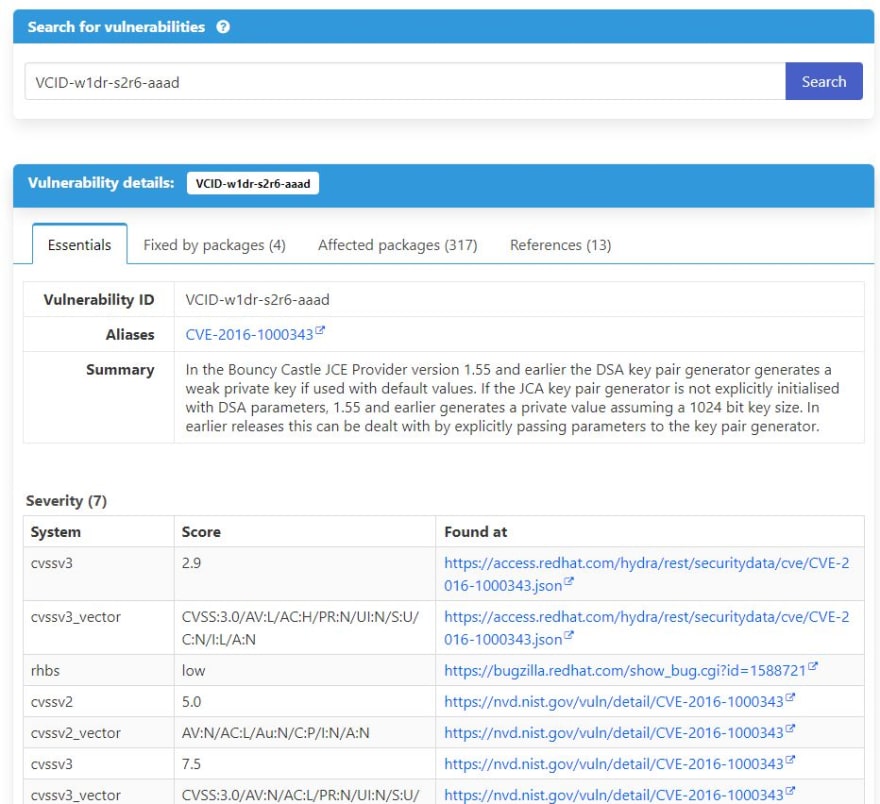 We have some data there.

A few more words about the collecting data. I said the process took good part of the day. I would say, around 10 hours and wasn't finished. It is totally dissapointing. I checked the performance a few times and this part is also dissapointing. Here is a performance snapshot 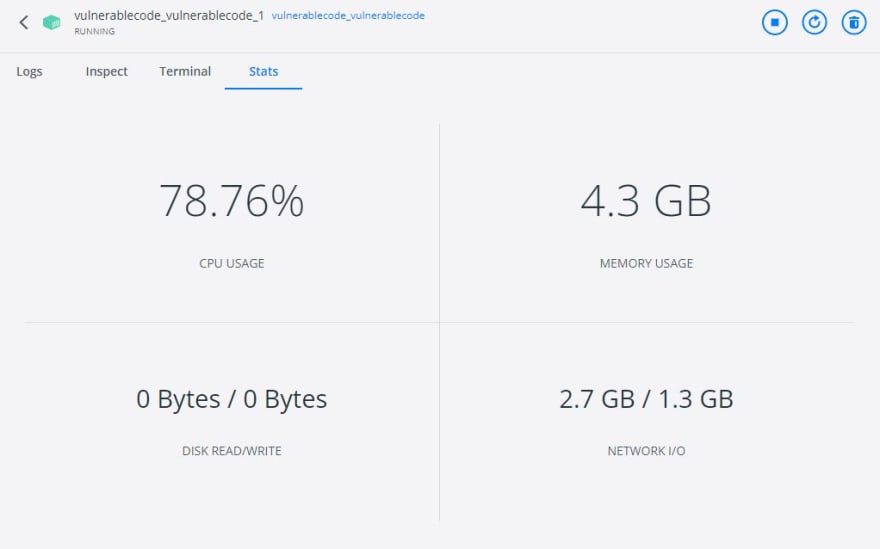 I don't like this tool. It is very uneffective, does not add any value to the chain. And most importantly, I have no idea if the collecting process can work effectivelly or not. What I observed is useless.

The general idea of this tool is quite ok. If it can be incorporated with ScanCode (by the way, both of the tools are part of the suit on AboutCode) and serve as service providing details about vulnerabilitites - I go with it. Right now, as I can see, it is not the missing tool (which I mentioned in previous episode).

To be clear, this tool doesn't generate any SBOMs, it is not its function. I didn't spent much time on it, my approach is to find reasonable, quickly implementable and easy tool to add to CI/CD processes.

The project is quite young. The current version is 0.1. So, hopefully, it will work better soon :)

Cover image by Suzy from Pixabay

Cyber-Security and the Game Theory.

Once suspended, pawelpiwosz will not be able to comment or publish posts until their suspension is removed.

Once unsuspended, pawelpiwosz will be able to comment and publish posts again.

Once unpublished, all posts by pawelpiwosz will become hidden and only accessible to themselves.

If pawelpiwosz is not suspended, they can still re-publish their posts from their dashboard.

Once unpublished, this post will become invisible to the public and only accessible to Paweł Piwosz.

Thanks for keeping DEV Community 👩‍💻👨‍💻 safe. Here is what you can do to flag pawelpiwosz:

Unflagging pawelpiwosz will restore default visibility to their posts.