Data Science is the one of the most popular fields across the world. In Data science, the most useful concept is Statistics.

Statistics provides the means to analysis of data and summarize to numeric data. It is a branch of applied mathematics that involves the collecting, description, analysis, interpretation, and presentation of data. The mathematical theories behind statistics rely heavily on differential and integral calculus, linear algebra, and probability theory.

Descriptive statistics is summarized in the data at certain number like mean, median etc. to make the understanding of the data easier.

Inferential statistics is used to interpret the meaning of Descriptive Statistics.

In these article, I will be sharing the most commonly used statistical concepts in data science.

In statistics, central tendency is a value of probability distributions. It is also called a center or location of the distribution.

In other words, central of tendency give the summary of the data as an output of one value.

Mean is defined as the ratio of the sum of all the observations in the data to the total number of observations. This is also known as average. Thus, mean is a number around which the entire data set is spread 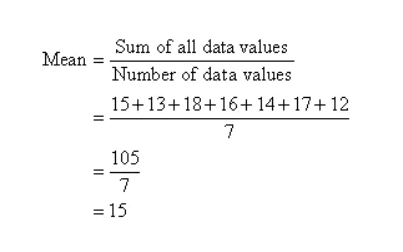 The median of a finite list of numbers is the "middle" number, when those numbers are listed in order from smallest to greatest. 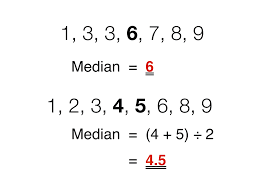 Mode is the most frequently occurred value in the dataset.

Example: Let's say in a class contains 10 students having different height's. Some are shorter, taller and most of them have same average. Using normal distribution for these example

Example: Let's say we have to find the average age of the population in a particular city containing more than 1,000,000 population. It's so hard, and calculated the average by visiting each one of them. To avoid this situation, we will be using sample, where we will be collecting information of 10% population in that city. The average going to be our age. Which is estimated as average of our population.

Variance is a measure of the variation among values. It is calculated by adding up the squared differences of each value and the mean, and then dividing the sum by the number of samples. 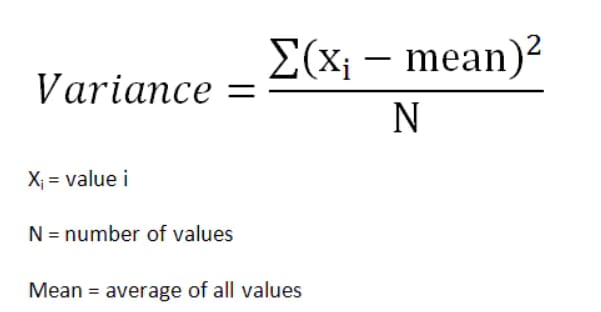 Lets us first calculate the mean.

Standard deviation is the square root of variance. 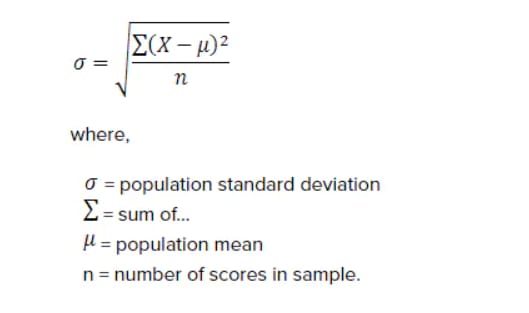 now calculate the standard deviation for the above example

The bayes theorem is used to calculate the conditional probability, which is nothing but the probability of an event occurring based on prior knowledge of conditions that might be related to the event.

Terminologies of the Bayesian Theorem

Covariance is a quantitative measure that represents how much the variations of two variables match each other. To be more specific, covariance compares two variables in terms of the deviations from their mean (or expected) value. The figure below shows some values of the random variables X and Y. The orange dot represents the mean of these variables. The values change similarly with respect to the mean value of the variables. Thus, there is positive covariance between X and Y. 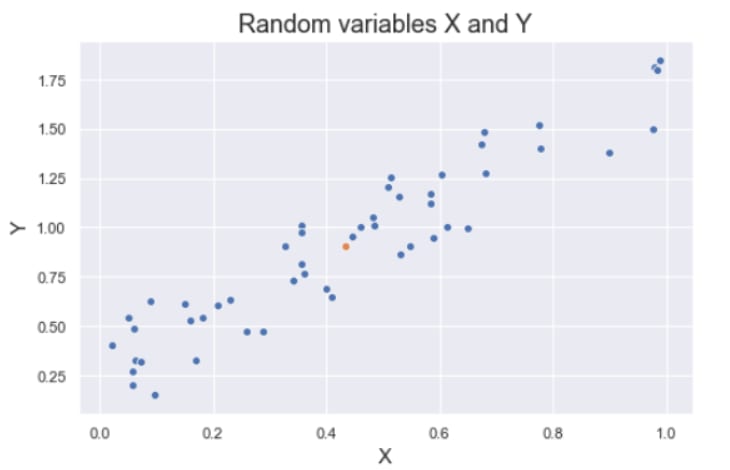 The formula for covariance of two random variables

Note: The covariance of a variable with itself is the variance of that variable. Correlation is a normalization of covariance by the standard deviation of each variable.

where σ is the standard deviation.

The Central Limit Theorem is the basis for a lot of statistics. It is a simple concept and easily understand

Consider, we were given a dataset. We don't know which type of distribution type is, whether it is a normal, binomial, uniform etc. What we want to do is collect some random samples from the dataset and calculate its mean. 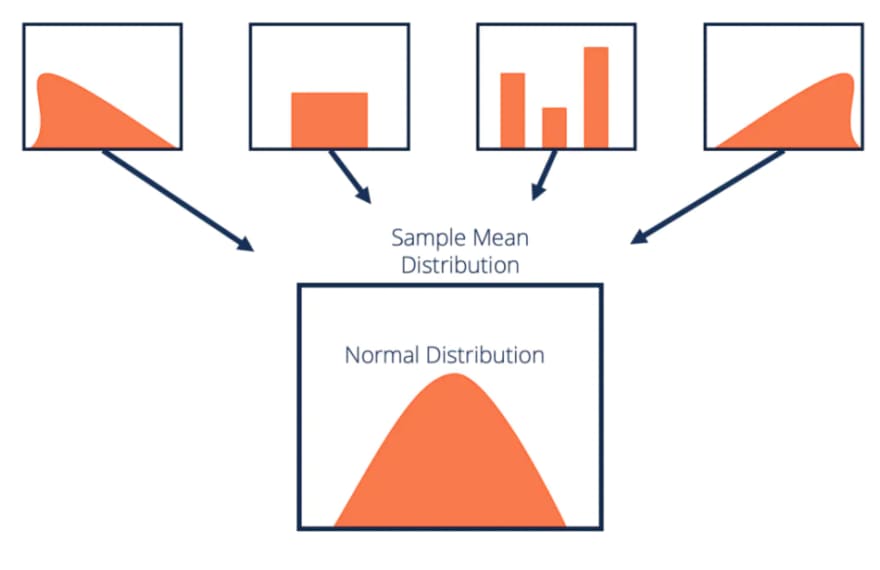 A p-value is a measure of the probability that an observed difference could have occurred just by random chance.

Note:The lower the p-value, the greater the statistical significance of the observed difference.

A p-value doesn’t prove anything. It’s simply a way to use
surprise as a basis for making a reasonable decision - Cassie
Kozyrkov

The expected value of a random variable is the weighted average of all possible values of the variable. The weight here means the probability of the random variable taking a specific value.

The expected value is calculated differently for discrete and continuous random variables. 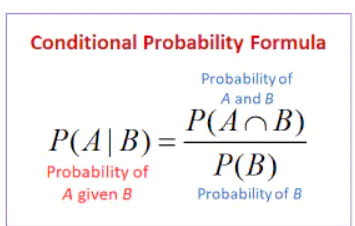