Welcome back to Part 4 of our 5-part series on 'How we moved from Artifactory and saved $200k p.a'.

If you are just joining we recommend jumping back to the beginning and starting from there.

The following steps were performed in readiness:

We spent a considerable amount of our time budget on the planning and preparation stages. This served us well.

To facilitate the process, we set about creating a preparation checklist that was intended to give all impacted products and teams a clear and concise checklist of preparational steps that would (hopefully) heighten awareness in the appropriate areas. The main points this covered were:

However, before we begin looking at these, we need to cover tagging. Artifactory has a useful feature called Property Sets. We decided early (decision log - check) in the process to make wide use of custom properties through Property Sets. Our requirements were principally:

Note: That whilst possible to read a manifest for each Docker image and determine the existence of foreign layers, we were focused on stability and repeatability as well as speed. We wanted to utilise the native tooling as much as possible and felt that determining supported schema/configuration around custom tooling would negatively impact complexity.

The focus for migrations was specific to our end goals and where appropriate we tried to reuse our tools across different package types. Ultimately, the project as a whole needed to be successful once, with many smaller eventual successes along the way. Building effective tooling was critical to the success of the project. We needed to use software to automate as much as we could whilst also allowing us to clearly aggregate the activities we had performed which in turn could be used as means of verification.

Key features such as dry-run mode, debug levels, and the ability to replay/resume from an offset was essential. The sheer volume of different files, paths, conventions/structures meant that we could only analyse so far before we needed to begin. We fully expected the need to debug activities during the migration phase and that these tools would really support us.

Large Network bandwidth and scalable compute resources were top of our platform requirements. The choices taken would drip down into the tooling we created.

As an organisation, we place a strong emphasis on Infrastructure as Code (IaC) so creating processes and workflows around AWS Systems Manager using the AWS CDK is expected. We created stacks that enabled us to scale our migration efforts on demand which included:

Concurrency was an interesting feature. The default was to plan for concurrency, if we run tasks concurrently across our cloud resources then this would accelerate the process, surely? Frustratingly, this was not the case. In the details of AWS CodeArtifact were areas where the order that packages were uploaded is important, particularly npm and Maven. Furthermore, package managers have different ways to determine the latest version, but support for this in AWS CodeArtifact was not universal during our project. We also discovered that there were places where Artifactory supported deprecated features which we happily used, yet AWS CodeArtefact did not. This resulted in us essentially serially migrating packages but utilising the cursor-like features of offset and limits to optimise our efforts.

The migration workers performed the brunt of the migration tasks and were orchestrated through AWS Systems Manager. The (awesome) network throughput enabled by AWS meant we were able to migrate hundreds of GiB of data per hour. This was crucial given that the order that most packages were migrated in was important.

Using property sets that were laboriously set by our engineering teams, the project was able to leverage the excellent Artifactory API as a catalogue/pseudo-state-machine through which, workers could page their way whilst advancing the migration.

In (often long-running) batches, workers would pull packages using the native package managers to the worker’s local storage, then the documented AWS CodeArtifact/ECR/S3 tool was used to push packages to their new location. This is where container images became tricky because pushing and pulling containers needs to be performed on a host running the relevant operating system. Whilst it is documented in the AWS SDK that you pull and push layers as mere blobs, the guidance was that this was only a feature to be used internally which was enough to ward us off.

A handful of CLI tools were authored in Go. These tools provided the brunt of the work where validation and custom logic were applied to transfer the different artefact types under the conditions of the project. AWS SSM documents were used in orchestrating the tools to transition the artefacts to the correct destination repositories via the appropriate worker node fleet. Much credit needs to go to the excellent spf13/cobra commander Go module that was used in these CLIs. 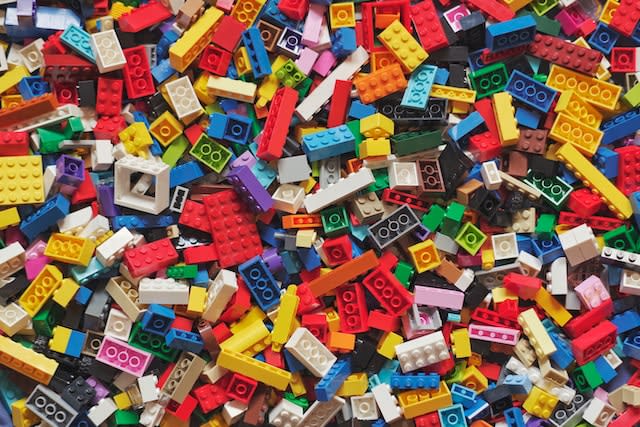 We wrote our tooling to support a ticket-driven approach where teams could raise tickets to work with the implementation team and migrate their product packages in batches, working together to verify successful completion.

This was important in allowing us to progressively work through the migration rather than a whole big-bang event occurring on an agreed date. Such an approach would be simply unworkable, requiring far too much alignment (thousands of pipelines updated in anticipation). Finding a date that would perfectly fit with hundreds of teams would be virtually impossible and crucially what rollback options would we have? Thus we decided this progressive approach would give us greater flexibility and the reassurance to engage team by team, product by product while checking off milestones on the route to completion.

As things panned out, we ended up with a large backlog of migration activities ranging from a few packages to entire release repositories containing hundreds of thousands of artefacts and terabytes of data. The backlog was continually refined and tickets were resolved step by step with the owning teams. The team had overall responsibility for verifying the migration objective had been met before marking the work as complete.

Resolving all migration tickets in the backlog would culminate in disabling write access for all standard users at a key, predetermined date, before swiftly proceeding, after a reasonable holding period, to remove complete access for all users, except system administrators. Any issues experienced along the way would be addressed in isolation, verifying with the team and making updates to our tooling as required.

This was tricky. Reporting on the AWS CodeArtifact side is currently poor (09/2022). CloudWatch metrics are entirely missing but ultimately it was not at all straightforward to aggregate key metrics and statistics in the same way you can with Artifactory.

We had to get creative and had to combine metrics queried from the Artifactory REST API with internal counters residing within our tooling to cross-reference our progress. Through deploying webhooks and using DynamoDB to record the dates when batches of work were undertaken we could replay activities using the DateTime offset to determine any deltas where pipelines were not fully updated and artefacts were still being deployed to Artifactory after the migration activity for the solution artefacts had begun. This worked out well and coupled with a reduction of write access permissions, enabled us to verify the process had worked to a point in time whilst giving us another window to replay the same batches but for a much smaller delta of packages. Significantly, as we advanced through the project, confidence grew as we were replaying actions over and over with consistent results. Testing our tooling was tricky so having the ability to utilise dry-run mode was invaluable.

The migration has now been completed.

Next up, we’ll take a look at whether we’ve reached our goal.

Once suspended, oneadvanced will not be able to comment or publish posts until their suspension is removed.

Once unsuspended, oneadvanced will be able to comment and publish posts again.

Once unpublished, all posts by oneadvanced will become hidden and only accessible to themselves.

If oneadvanced is not suspended, they can still re-publish their posts from their dashboard.

Once unpublished, this post will become invisible to the public and only accessible to Paul Mowat.

Thanks for keeping DEV Community 👩‍💻👨‍💻 safe. Here is what you can do to flag oneadvanced:

Unflagging oneadvanced will restore default visibility to their posts.