My life has been full of work transitions lately, which has caused me to spend quite some time thinking about them. About a month ago the company I was working at was acquired. A few weeks prior to that I had a recruiter reach out to me about an exciting opportunity and I decided to bite, just to see what would happen. After the acquisition I received a job offer and decided to accept, partially because of the acquisition at my current company and partially for other reasons. If you read my last post, If Da Vinci Lived in the 21st Century, you will also know that I just returned from Italy so there is also the transition back to American life.

I don’t want to spend too much time talking about my life story, but I do think that dealing with transitions in life helps to deal with transitions at work. Let me explain a little bit. I was born to immigrant parents and moved around a fair amount growing up, from Ohio to Washington and Minnesota. Honestly, it was miserable. Every time I moved I was devastated all over again. I knew I would have to make new friends and adjust to a new school as well as kiss my old friends goodbye. I always preferred to have an intimate friend group over a large numer of acquaintances, which didn’t make moving any easier. 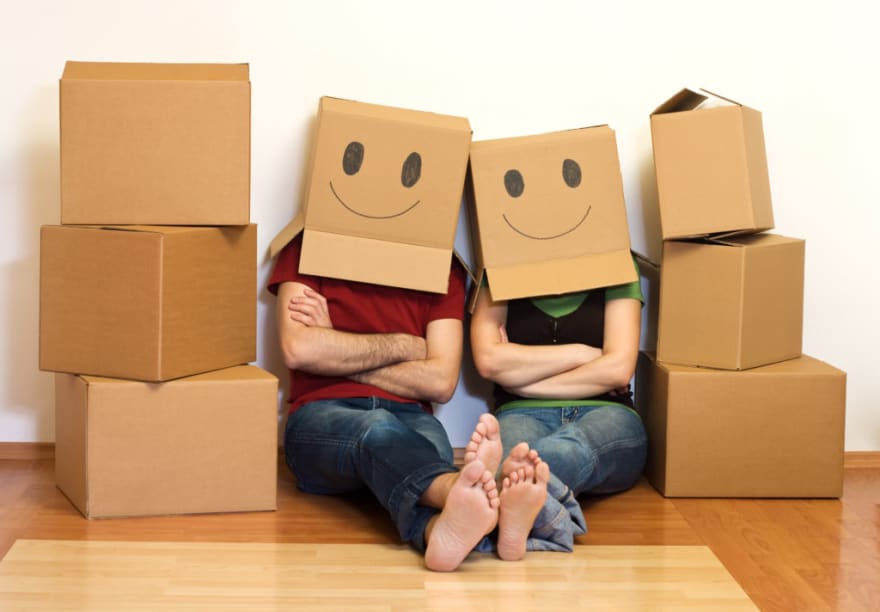 Everything about this picture is a lie. Nobody smiles when they are moving. You are stressed, sweaty, and it sucks.

Not until adulthood did I feel like there were any benefits from an ever-changing tumultous childhood. The biggest benefit is that I’m not nearly as afraid of change as I used to be. Considering the era we live in, where the gig economy rules, my lack of fear about applying, interviewing, and jumping ship to new companies, dealing with work transitions is kind of like my boring superpower. It also prevented me from being lulled into a false sense of security. In tech, as in a number of other industries, acquisitions, mergers, and other forms of change cane come suddenly and unexpectedly.

To be honest, the acqusition of the company that I will shortly be leaving is not the first acquistion I have experienced. There was another acquisition a few years ago that was even more jarring. At that time, the startup I worked at was acquired by a direct competitior. That meant the vast majority of employees were let go the same day of the announcement, turning the office into a ghost town. That experience taught me a lot about working in corporate America. 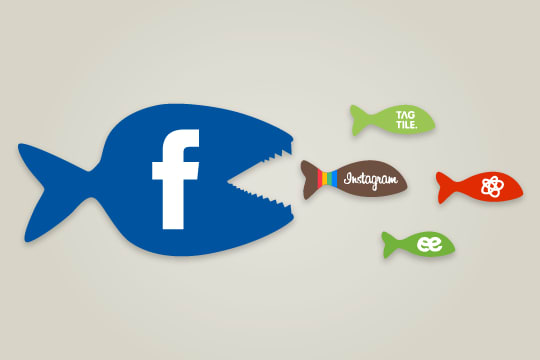 It’s not only big players like Amazon and Facebook that acquire companies, in fact it happens to all sorts of tech companies.

Some of those lessons were harsh, but I don’t regret learning them. One lesson was that you always have to look out for yourself. No matter how guilty you might feel about leaving a company (I, for one, always feel guilty) if it’s not working out for you, you should plan your getaway. Another lesson was that you should always be learning and growing, even if your job feels comfortable. That doesn’t mean that you should be working till 2 am on coding challenges. Just that there should always be something that you are learning. If you’re learning new things at your job, thats perfect. If not, you may want to dedicate an hour or two a week to experiment with some new tools. Or if that sounds too boring, join a group and learn with friends!

There is one more lesson I want to share. Unfortunately, I did not immediately take it to heart. Basically, the lesson was to always run TO something, not AWAY from. Early in my career I moved to a new city and found myself bored out of my mind. I became rather desperate to get out of there. I accepted the job despite seeing quite a few warning signs. Those signs included the company insisting on doing 6 interviews with me, one of the project managers asking me if I was okay with workplace stress and long hours, and a number of other things. Instead of running for the hills screaming, I accepted the offer and ended up leaving after just 6 months. 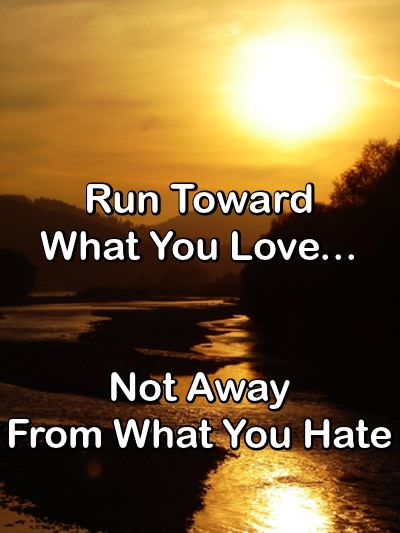 It’s cheesy but its good advice

I don’t blame myself too much for this mistake, and nobody should. We all make mistakes in life as we do in our careers. It was a valuable lesson, and now if I’m not truly excited about a job I do not make the jump. If you are dealing with a difficult transition right now, remember that it is temporary. You will get through it. Don’t be too hard on yourself, and don’t be afraid to ask questions. I was very afraid in my first job. If I didn’t ask questions though, I don’t think I would have learned very much. If change is something that scares you, try taking baby steps first. Do something new on the weekend, go somewhere you’ve never been before. You might even find it thrilling!

I hope that my thoughts and personal experience help to shed some light on going through transitions at work. Nobody likes change, but without it life would be an absolute bore. If you enjoyed this post consider following me on twitter @nadyaprimak. Are you experiencing a work transition right now? Need some advice or just want to vent? Leave your comments below!

The post Dealing with Work Transitions in Tech appeared first on Multimedia Minds.

I am a UI Developer by day, experimental game developer and artist by night. Blogging at www.multimedia-minds.com

So meetup.com is going to charge attendees in future - what's next for event organizers?

So meetup.com is going to charge attendees in future - what's next for event organizers?

Hey, I am new to React and its ecosystem!

How to Become a Back End Web Developer