I have a confession to make: I was on Twitter over the winter holidays when I should have been spending time with my family. What was the trending topic that caught my eye, you might ask? Last minute Christmas gift ideas? Pictures of pets in Santa hats? No, but I wish I could say it was one of those things. Instead, it was about work culture toxicity in tech.

It started with this: 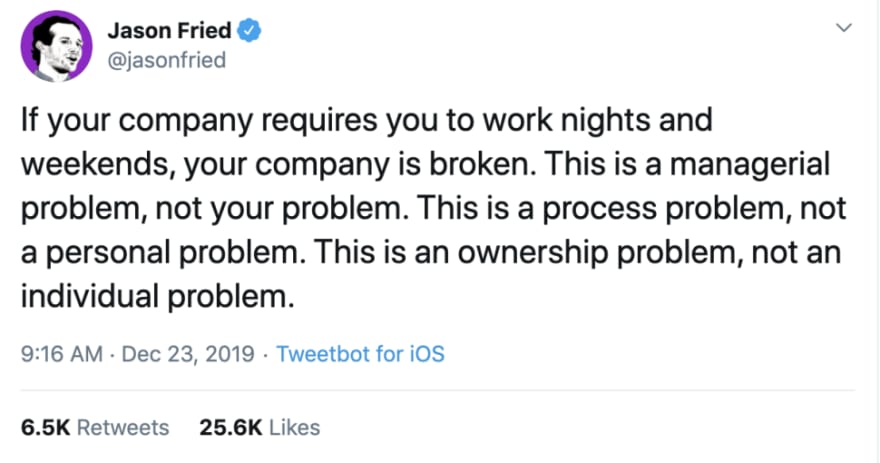 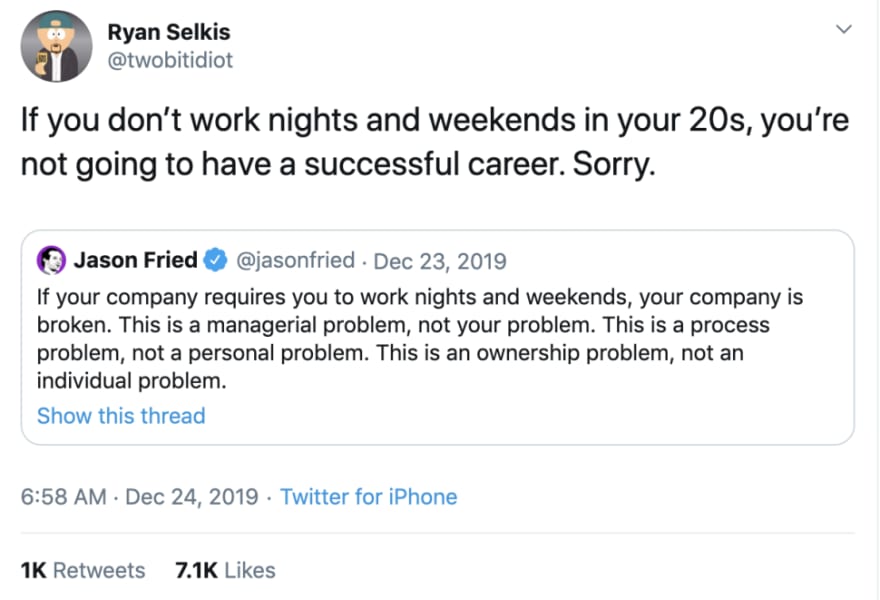 I’m not 100% sure if these were the first tweets to start off the debate about work life balance, but they were major players. The fact that this debate sprung up during the winter holidays. The only significant chunk of time off most Americans get, already says a lot about the toxic work culture we have in this country.

What makes it worse is that tech elevates this capitalist propaganda, glorifying workaholic ism. I’ve encountered many people in the tech industry who share this attitude. They are the last ones to leave the office, and they judge you if you don’t work the standard 9-5 hours. I worked at one company where my coworker was asked by his boss to talk to me about arriving to work earlier. He believed that working later hours was a privilege only seasoned developers ought to have.

At another company I worked at we had an AMA with the CEO and someone asked about working from home. The CEO’s response was “sure you can work from home, but you won’t be working for this company anymore.” Its so common for developers to tout all the unorthodox benefits that working in tech can offer. Often the first benefit that is discussed is work from home, but there are many companies where that is not allowed.

Of course, the above examples are far from the worst ones. In game development working 80+ hour weeks is not uncommon, especially during crunch. It’s also not uncommon in early stage startups. Consulting is another area where workaholics runs rampant. I had a stint at a consulting company that didn’t last long because I saw my coworkers burning out. They were actually suffering physical symptoms for months on end.

There are plenty of companies who abuse their engineers like I described above. They can get away with this abuse a lot more easily when they brainwash engineers. Brainwash them to perpetuate the belief that working weekends and nights is the way to a successful career.

Some engineers believe that they have to work extra long hours because they are making more money than people in other industries. However engineers are not like lawyers. They do not charge their clients by the hour, so working those long hours does not actual equal more pay. Certainly it’s not fair that teachers and social workers make way less money than software engineers. But working longer hours out of guilt does not do anything to make the situation less fair. It also won’t make the company you are working at appreciate you more. If anything, they will just start taking your extra hard work for granted. But don’t take my word for it… here are some more tweets that say it a lot better:

I’m going to end my post with this tweet from the creator of Ruby on Rails. Here he responds to someone who agreed with Ryan Selkis about working long hours. Except he took it even farther by saying workaholic ism = changing the world. If anything exemplifies work culture toxicity in tech, it’s this guys hot take. 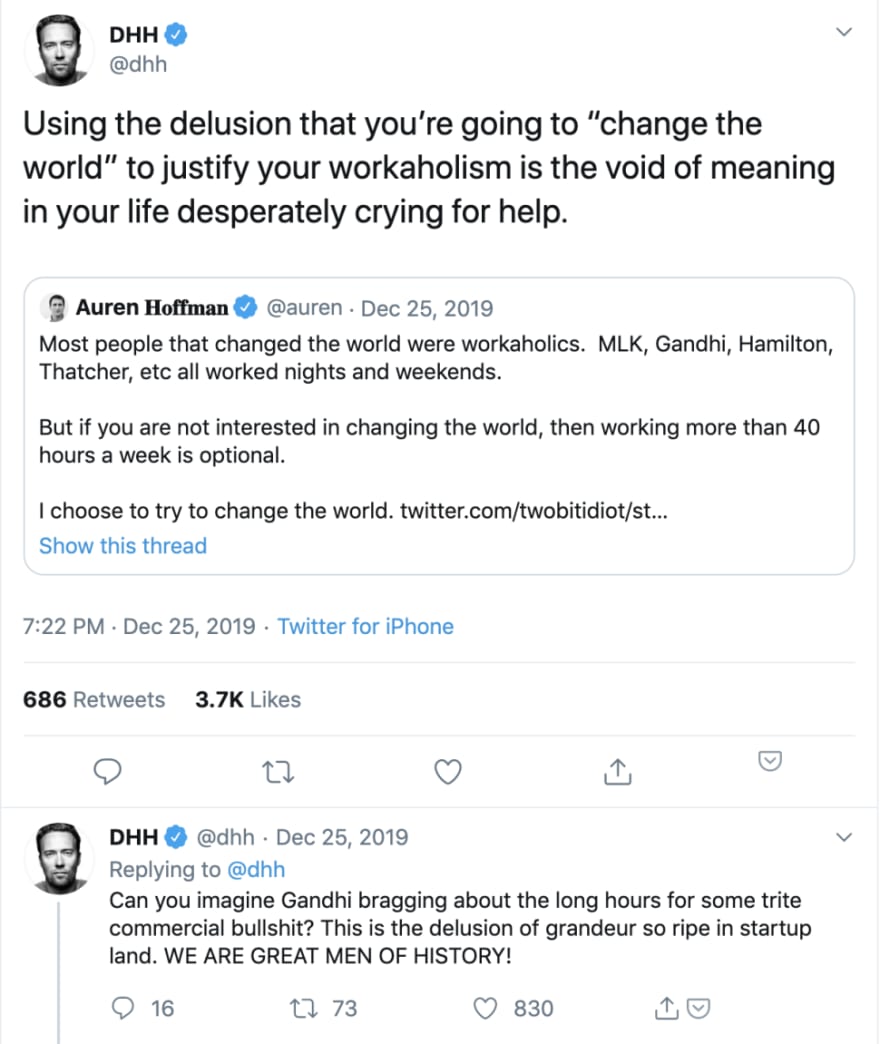 If you enjoyed this article, consider following me on Twitter @nadyaprimak or if you need more tips on breaking into the tech industry, you can read my book “Foot in the Door”in paperback or Kindle now.

Software Engineering is a Loser’s Game

Nadya Primak
Blogging at www.nadyaprimak.com/blog Author of Foot in the Door: My Self Taught Journey Becoming a Software Engineer . Also an indie game dev in my free time.
Your Loudest Engineer is Not a Genius
#developer #programming #career #startup
What is a UI Developer?
#career #javascript #userexperience #codenewbie
How to Become a UI Developer
#career #programming