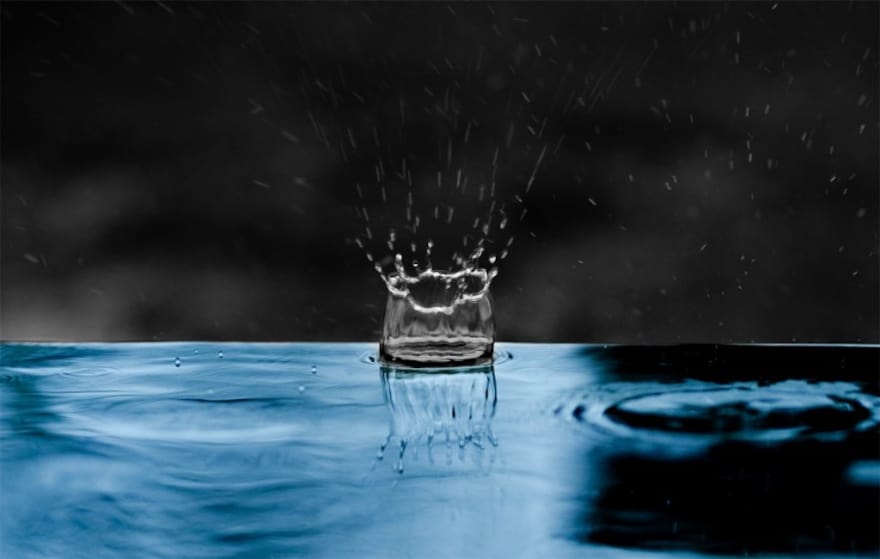 The icon is an important part of your application because it represents your application's brand, and it helps to identify quickly where the app is on your phone. In case you're familiar with creating apps then you will remember that it is a tedious process to create a lot of different size images both for iOS and Android platforms.

Also, the same goes for the so-called splash screen that shows up every time the application starts. Although having a splash screen is not mandatory, it certainly adds up to the feeling of a complete and professional application, which one would certainly want to convey with his application.

Ionic helps tremendously with this by providing a single Ionic CLI command to generate all the needed icon and splash screen sizes for us automatically. Also, Ionic created Photoshop Splash Screen Template, which you can download for free and use as a guideline for creating an icon. However, if you create you project by using ionic start command, as we have, then you'll already have both the icon.png and splash.png files in the resources folder, and you can just edit them.

For when you're creating a branded product having a custom made icon is definitely a must. However, in this case, I'll show you how to use one of the free services to search for a free icon which you can then use in your application (even if your application is a commercial application).

I tend to use IconFinder a lot, and here are the settings which you have to use to filter out the calculator images that are Free (PRICE) and can be used in commercial applications and that don't even require a link back (LICENSE TYPE).

Of course, you can also choose to buy an image if you happen to find one that you like. You can additionally search by format, size, and background. The filters should look like this (or use this prepared link which sets them automatically): 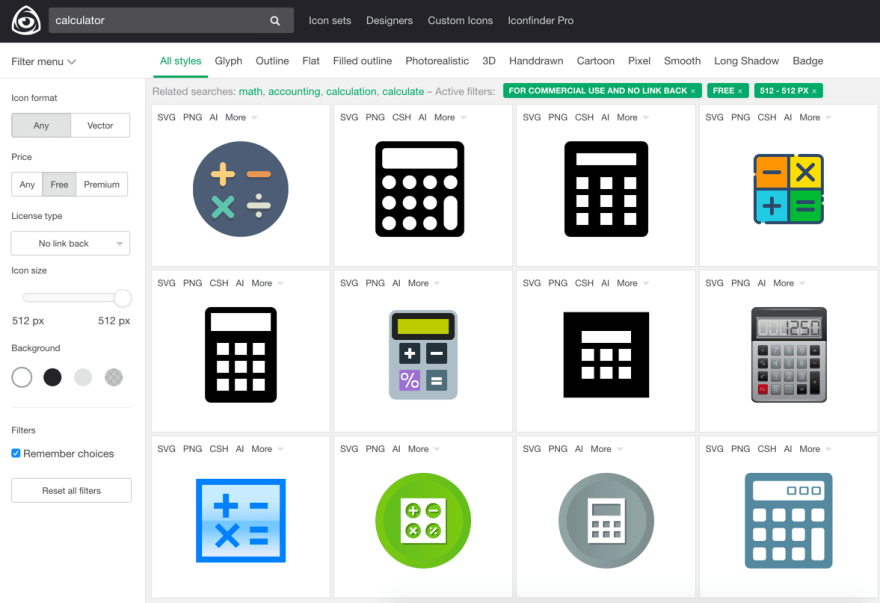 I'm going to use the last one in the first row. Simply click on it, and you should get to the download page that looks like this: 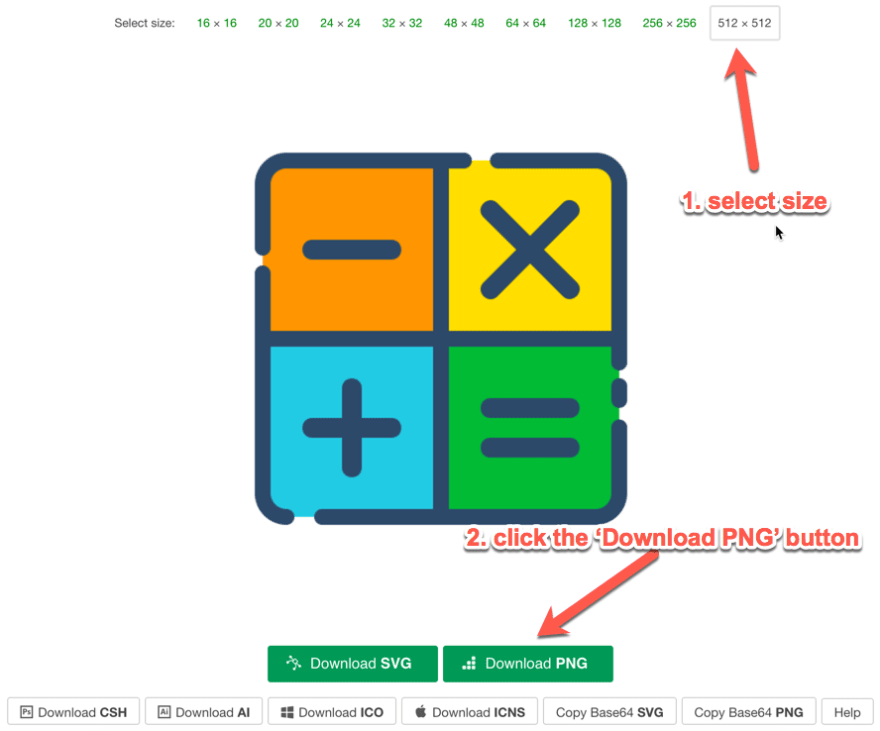 Now, in the resources folder find and open the icon.png file with an image editor of your choice. I'm going to use Gimp in this example as it's free cross-platform image editor available for all the major operating systems (Linux, OS X, Windows). You should see something like this: 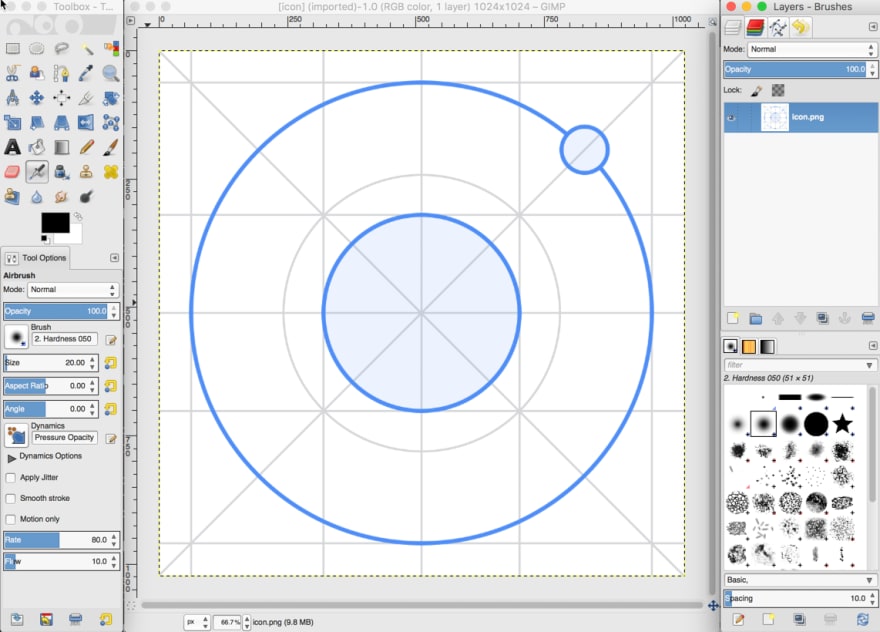 Now we need to do a few steps:

Now save the file by going to File->Overwrite icon.png: 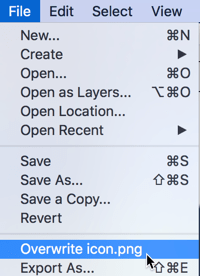 Repeat the process to create the splash screen image and name it (overwrite it as) splash.png. The image I came up with looks like this: 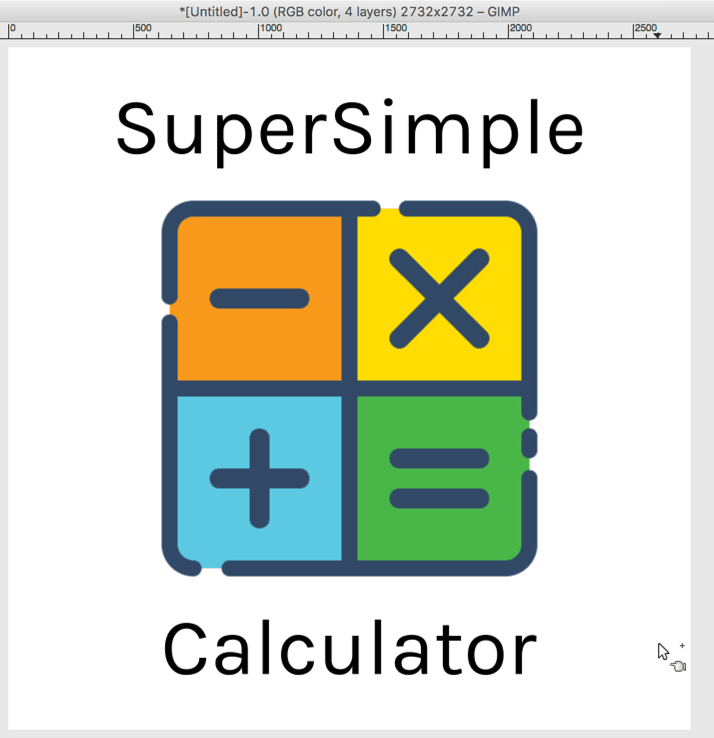 Now that you have both icon.png and splash.png images ready navigate with your Terminal/Command prompt to the root folder of the application and run the following command:

If at this point you get an error like this:

That means that you haven't added any platforms yet to which Ionic should build. Since we're going to build the app for both Apple Store and Android Play Store we're going to use the following two commands:

After this, you can safely run the ionic cordova resources command, and you should get the following output:

From the output, you can see that 48 images were created and hopefully now you realize how much time this saved. All the needed configuration regarding the icons and splash screens was generated by Ionic and placed in the config.xml file.

It's worth noting that you will not see the icon nor the splash screen when using the browser testing or Ionic View testing. Instead, you will only see these once you deploy them to the actual physical device or the emulator.

âš ï¸ You can add an iOS platform if you're developing on a Windows machine, and ionic cordova resources command will generate icons and splash screens for it. However, keep in mind that you will not be able to build the project for iOS on your Windows machine. Instead, you'll need a Mac computer to do so.

Once suspended, nikola will not be able to comment or publish posts until their suspension is removed.

Once unsuspended, nikola will be able to comment and publish posts again.

Once unpublished, all posts by nikola will become hidden and only accessible to themselves.

If nikola is not suspended, they can still re-publish their posts from their dashboard.

Once unpublished, this post will become invisible to the public and only accessible to Nikola Brežnjak.

Thanks for keeping DEV Community 👩‍💻👨‍💻 safe. Here is what you can do to flag nikola:

Unflagging nikola will restore default visibility to their posts.