This is a Basic IoT Project where I have used used my Raspberry Pi to stream data to Microsoft Azure. It will be helpful for beginners who want to know about IoT and Azure.
Suppose you want to get some sensor data and monitor it from anywhere in the world. Azure IoT Hub is a great tool to do this. You can even make your own dataset for ML projects by streaming sensor data to Azure.

Microsoft Azure has some IoT services. IoT Hub is one of them. Here you can stream data from your device such as Raspberry Pi or ESP32. This is really helpful if you are collecting data from sensors and want to monitor your data in the cloud. I already have an Azure Account. Go to this link if you don't already have one.

Go to Azure portal and select IoT Hub. Tap the Create button and it will go to this page 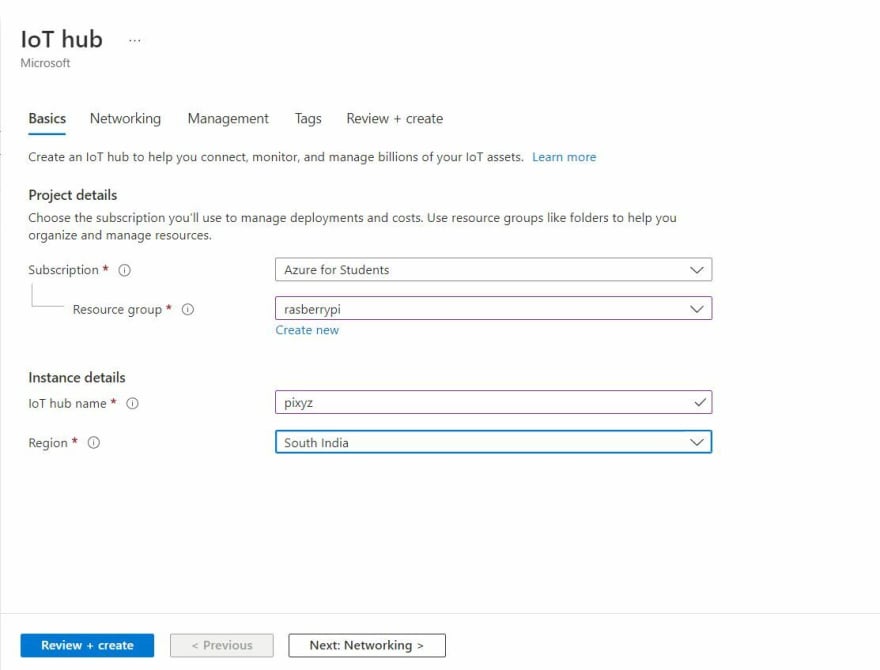 I am using Azure Student Subscription. You can select your own free subscription. Resource group will be empty if you have a new account. I have already created a Resource Group raspberrypi and selected it from dropdown. You have to give a unique name as IoT hub name and Select a region closest to you. In my case I have named it pixyz. 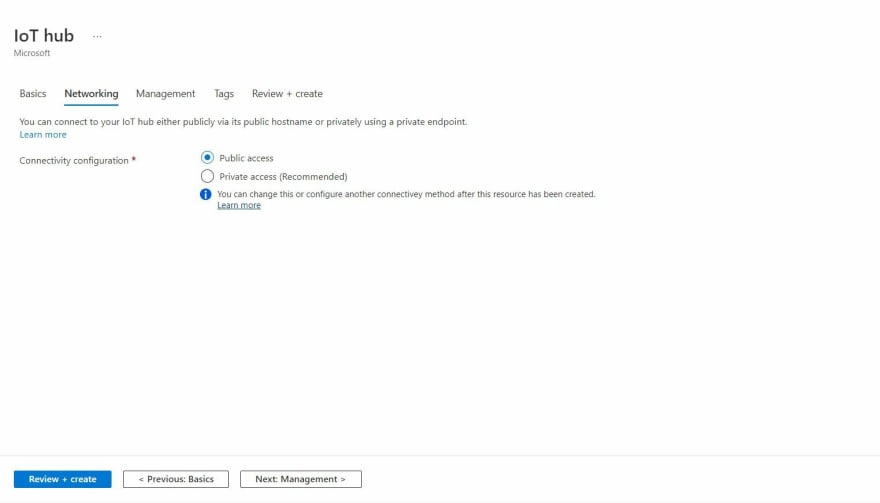 You can leave everything as it is in Networking Tab. 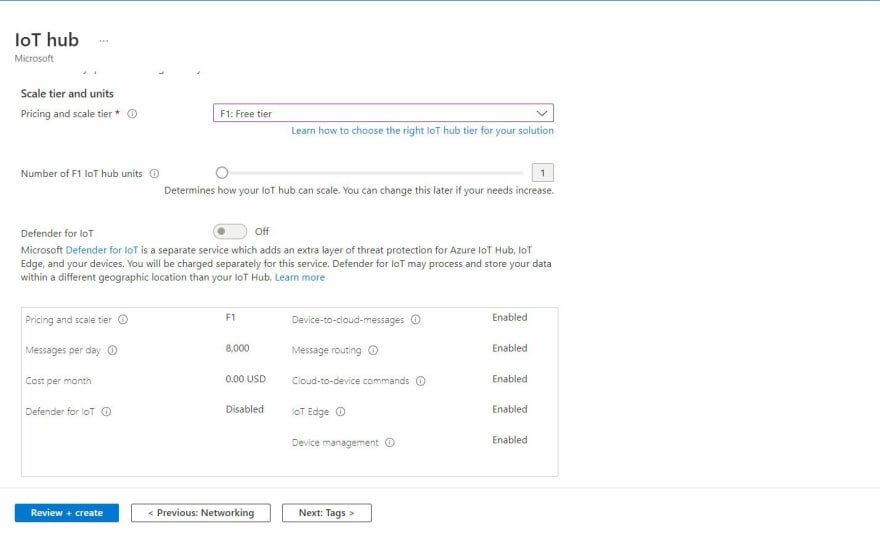 For the Pricing and scale tier select F1:Free Tier from Dropdown. It has a message limit of 8000 per day. It will be enough for this demo. 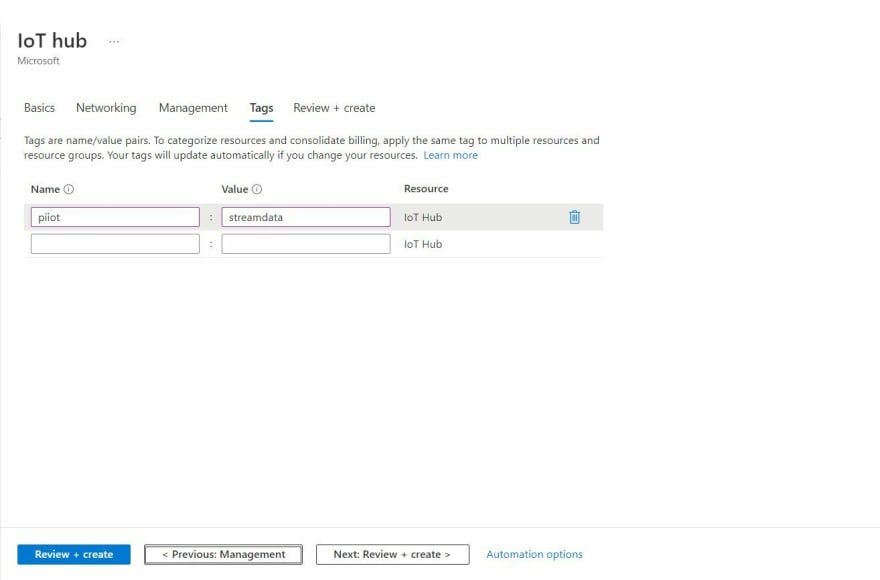 In the Tag section you can give any name and value as tag as you want. 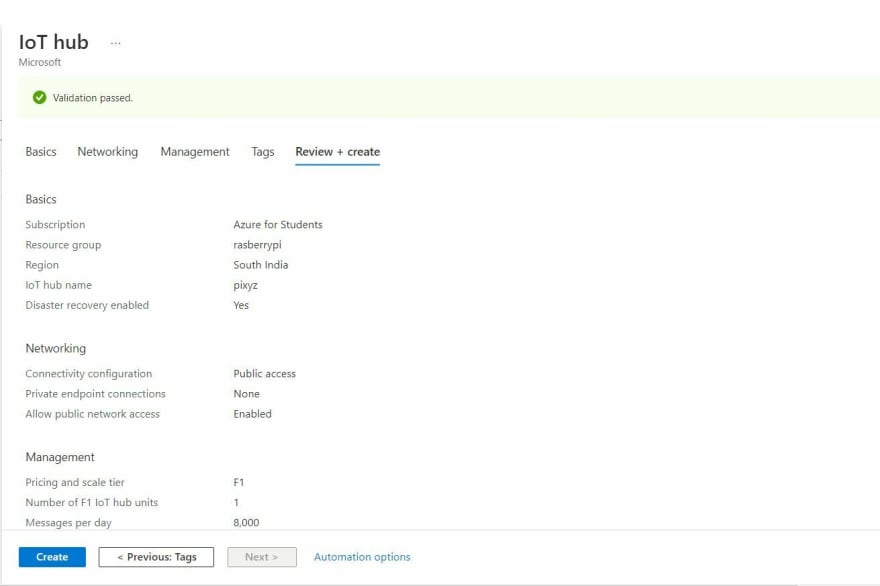 In the Review and Create section it will show Validation Passed if everything is in place. After that Tap the Create Button and it will take some time for deployment.

After successful deployment go to the resource (pixyz) you just created and it will show an overview of the resource. From the left side panel go to Devices and Select Add Device. 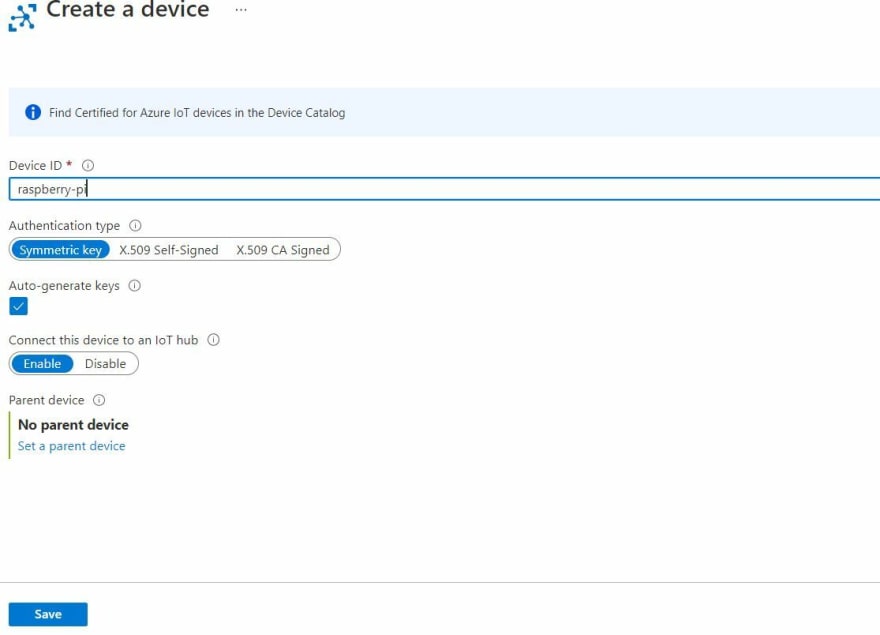 After the device has been added click on the Device Name (raspberry-pi) that you created and it will show you this page. There will be some info about the device. Copy the Primary Connection String and save it in a text file so that you can use it later.

Connecting VS Code to Azure

Now we will use VS Code to connect with Azure IoT Hub. Install VS Code from this link if needed. 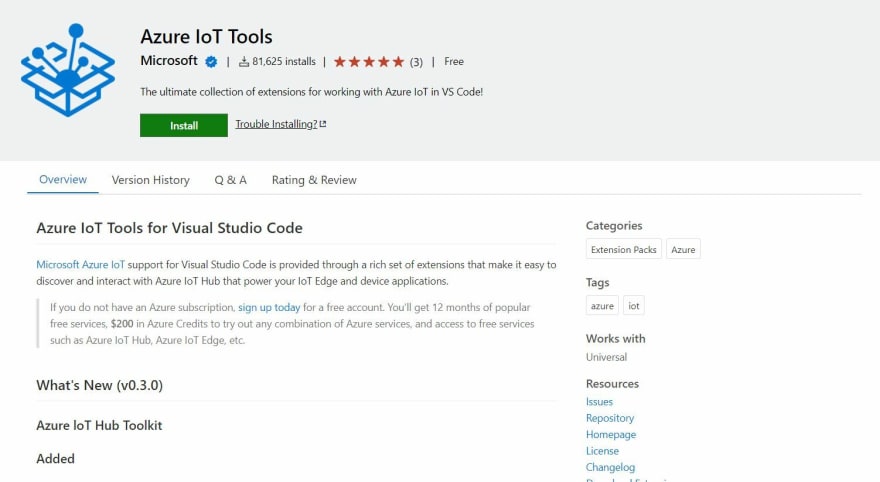 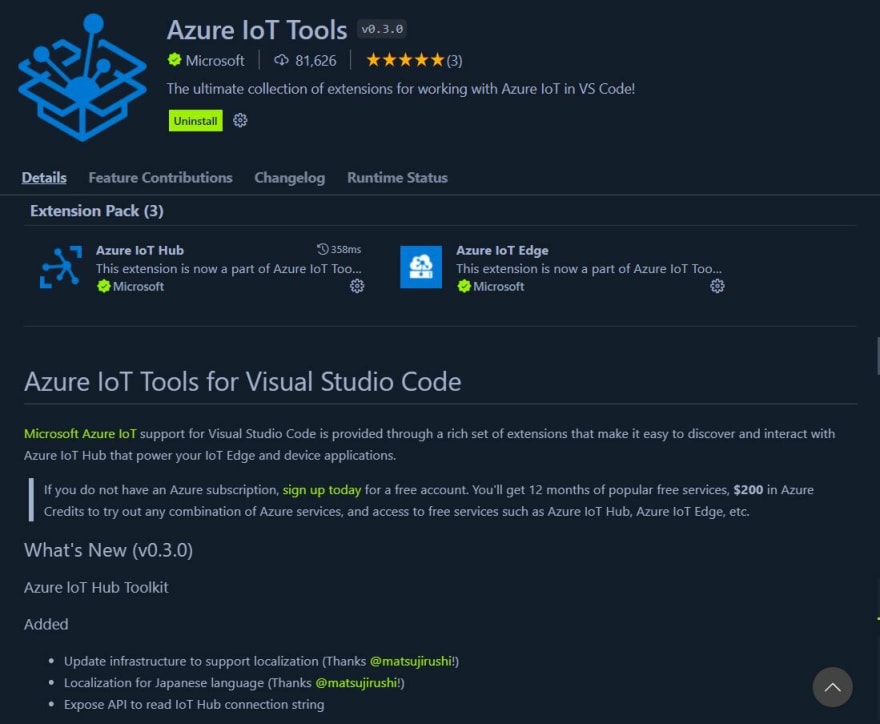 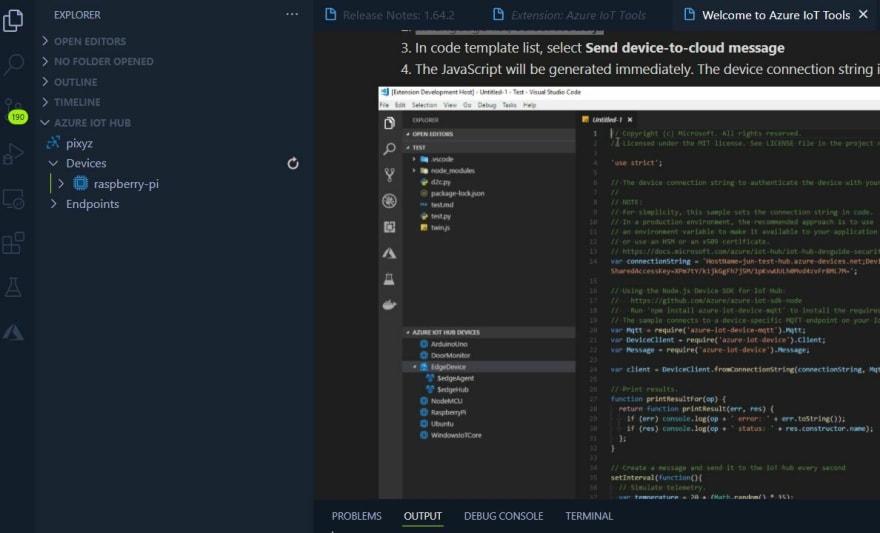 You will Find Azure IoT Hub section in the File Explorer. Select it and you have to authorize your Azure account first. You will see your IoT Hub Devices from VS Code. (Pretty Cool)

Now open Thonny Python IDE and copy the code and save it under any name.

Replace the Connection_String variable with your own Primary_Connection_String that you copied earlier from Azure.
Now Run the python file and Raspberry Pi will start sending messages to Azure IoT Hub. 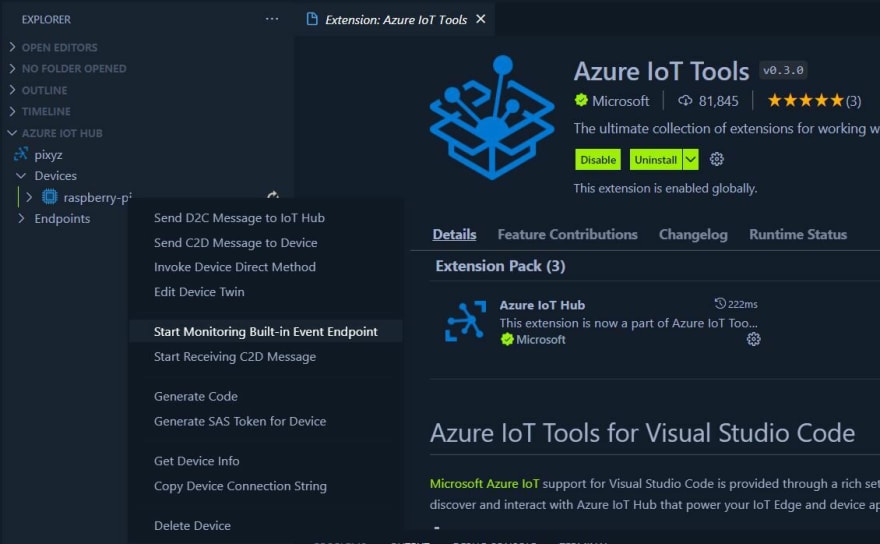 In VS Code Click on Azure IoT Hub from File Explorer and right click on raspberry-pi (You IoT Device Name) and select Start Monitoring built in Endpoint.

Now you will see the messages coming from Raspberry Pi to Azure IoT hub.

An introduction to the magic of jq

Nihal Baig
I am a Web Developer and Robotics enthusiast. I am also interested in Machine Learning.
Getting Started With Angular #1
#webdev #beginners #tutorial #angular
Github copilot is out of beta, would you use it ?
#discuss #programming #productivity #github
Git Commands ( to ease your development 🤗 )
#git #productivity #community #github