Hi guys! How are you? I wanted to do a post about how to create a frontend and fetch data from a backend made it with node js and express.

When I started as a web developer I didn’t understand how that works. I was really lost. I knew that something called the “back-end” was connected with the front-end to give him data, but I didn’t know how it worked.

After a lot of hours invested in learning, I finally understand that now. But, I know that there are a lot of people struggling with that, so I decided to make this simple tutorial.

Okay, if you are a front-end dev, I think you know how to do this, but, to make this tutorial more complete, I’m going to start with it.

To start just use create-react-app.

We delete everything on the App.js file and we add this 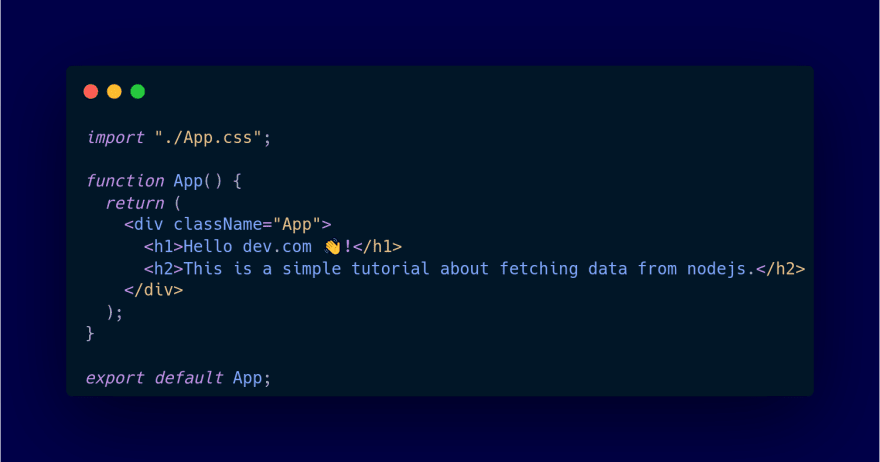 We start the app with

And on the localhost:3000 we are going to have this 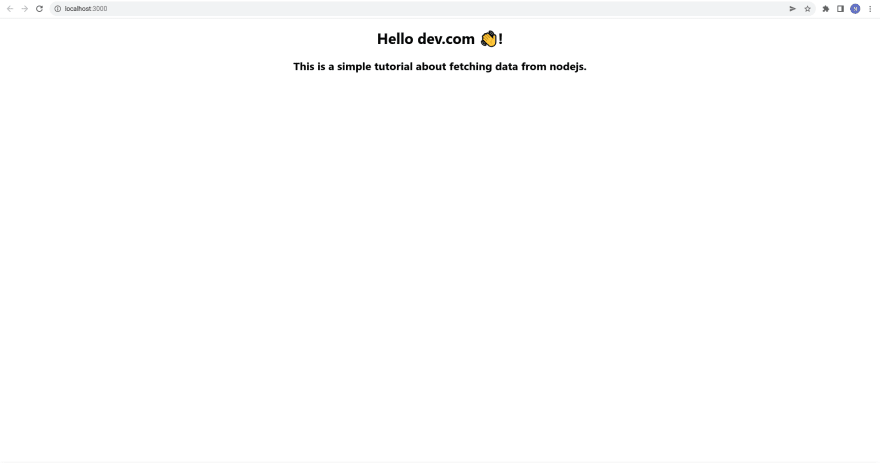 Back-end with node js and Express 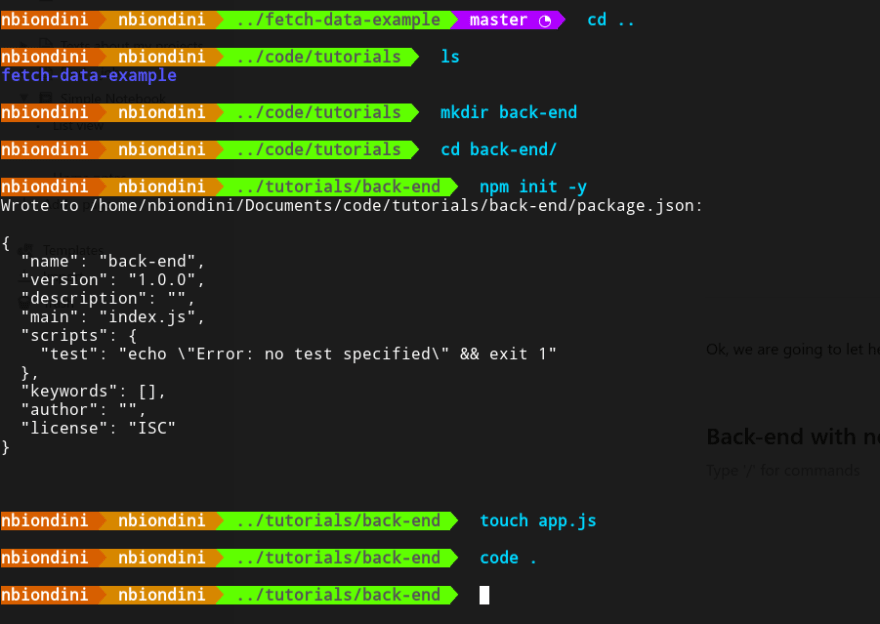 I’m going to explain to you what I did.

On the first line, I just go back to the main project folder. Then I list the folders inside of it. As you can see the only folder there it’s “fetch-data-example”, which is the front-end folder.
Then I create a new directory called “back-end”.
After that, I move into that folder and I run “npm init -y” to create the package.json file.
Then I create an “app.js” file.
And finally, I use “code .” to open Visual Studio Code and start coding.

Before we start, we need to install some libraries.

We are going to install express which is a framework for node js designed to build APIs and Web Apps. 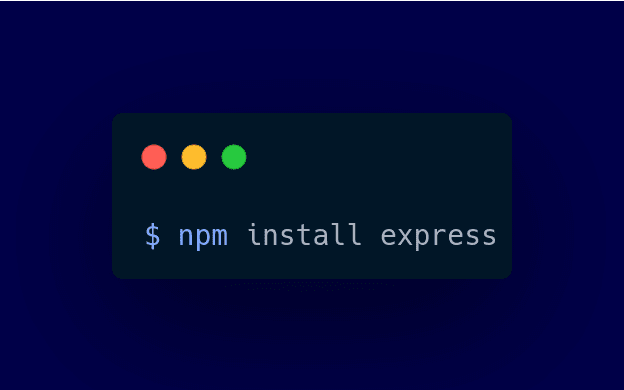 And we are going to install nodemon as a dev dependency (-D). Nodemon will watch the application and restart the server when we make some changes to the files. 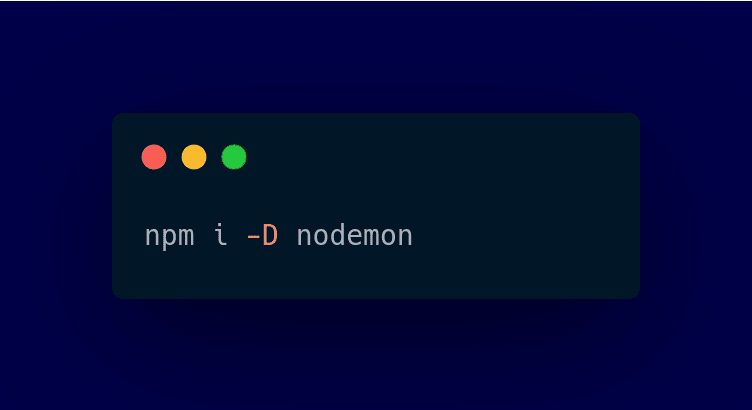 We are going to add a script to the package JSON to start our app on dev mode.
Also, I going to add the “type” property to use “ES modules”.
And this will be our package.json. 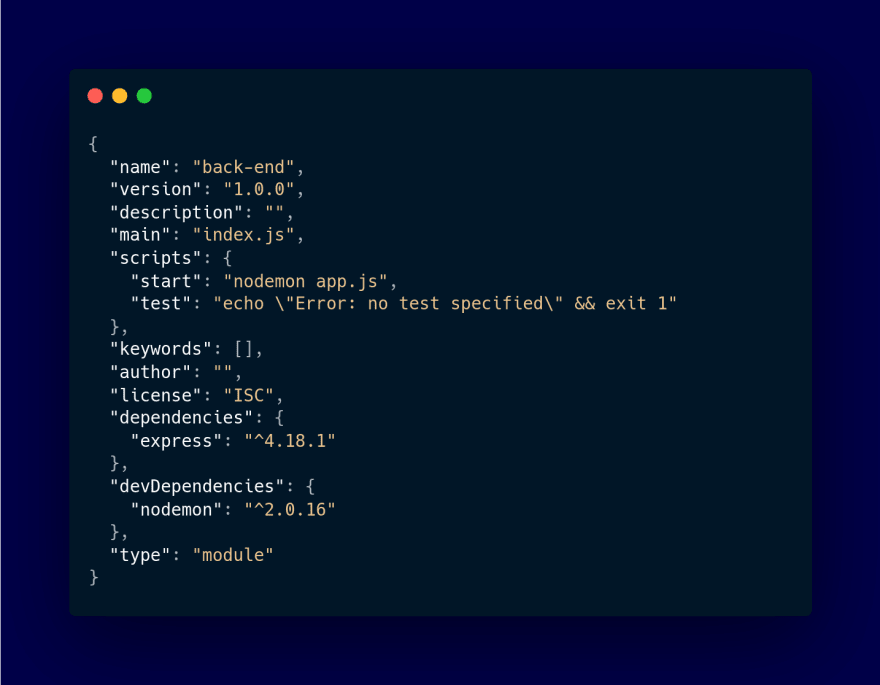 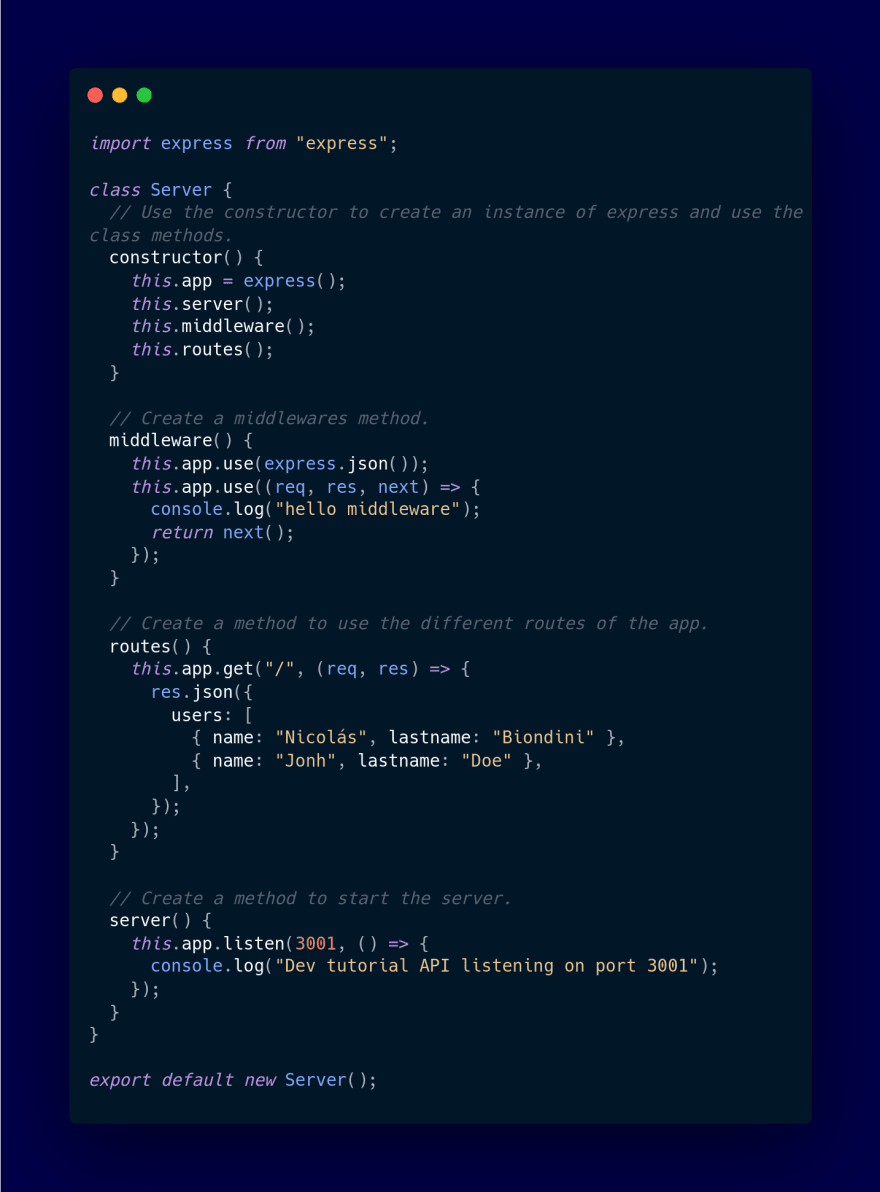 And our console will display

I know, that seems a lot but let me explain it.
First of all, we created a “Server” class. We use the constructor to use the express library and use the class methods. Then we define those methods.

The last method starts the server on port 3001 and displays the message in the console.

In the second one, we can add routes. In this example, I just going to add only one route (”/”) to keep it simple.

The routes refer to how an application’s endpoints (URIs) respond to client requests.
In this example, our only route is “/” and uses the “GET” method. There are a lot of methods like POST, PUT, DELETE, etc (you can see the Express Documentation for more information). 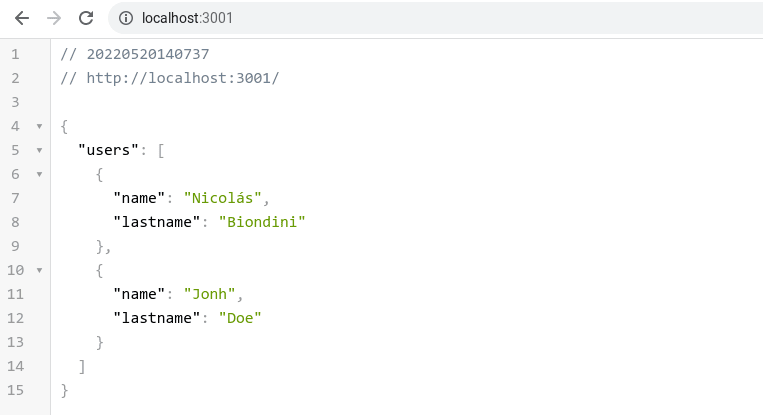 Congrats!🎉 We have our back-end working, but you still need to know the last concept: the middleware.

If you remember, we have 2 middlewares on our “middleware” method

So, what’s middleware? A middleware is just a function that’s executed before the routes. It has 3 arguments: Request, Response, and next.

The first 2 are the same as those of the routes. The new one is “next”. Next is a function whose work it’s to pass to the next middleware or, if there is no one else, finally to the route. If we use middlewares and we don’t use the “next” function, the app will be blocked and won't return anything.

In this example, I write a simple middleware that just made a console log, so every time that we made a request to the server, on the console we will see this

So, congrats! You have your first back-end app made it with node js and express.

Now that we have our API ready and working on port 3001 and our front-end ready on port 3000 we can start.

On the App.js file, we are going to import useState and useEffect from react. 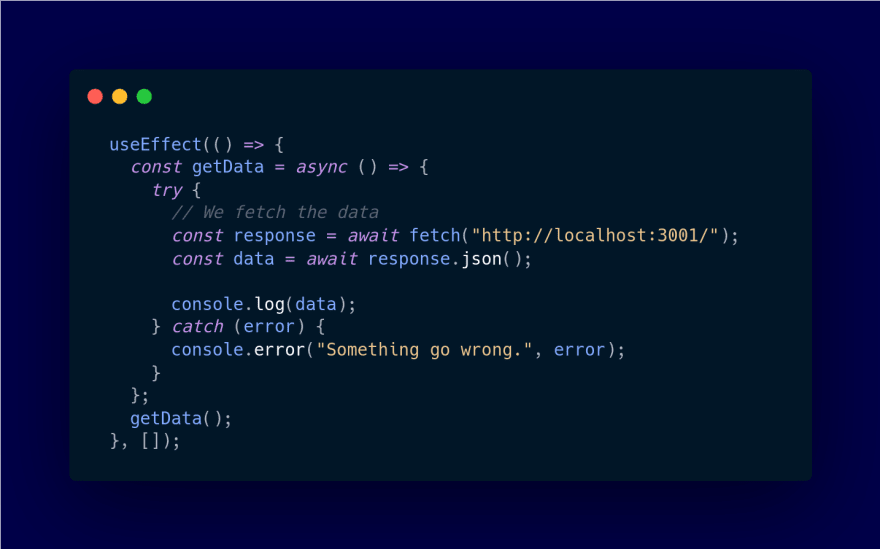 Every time that the page load is going to trigger the “getData” function who is an async function. This function it’s going to fetch the data, parse it and show it with a console.log.

But WAIT!, we don’t receive any data, we have an error.

That happened because we forgot to add the cors into the back-end. CORS is an internet protocol.

You can learn more about CORS here.

We have to come back to the back-end

Do you remember the middlewares? Well, we have to add one more: the CORS.
Luckily for us, we have a node js library for that.

In our back-end project, we install this 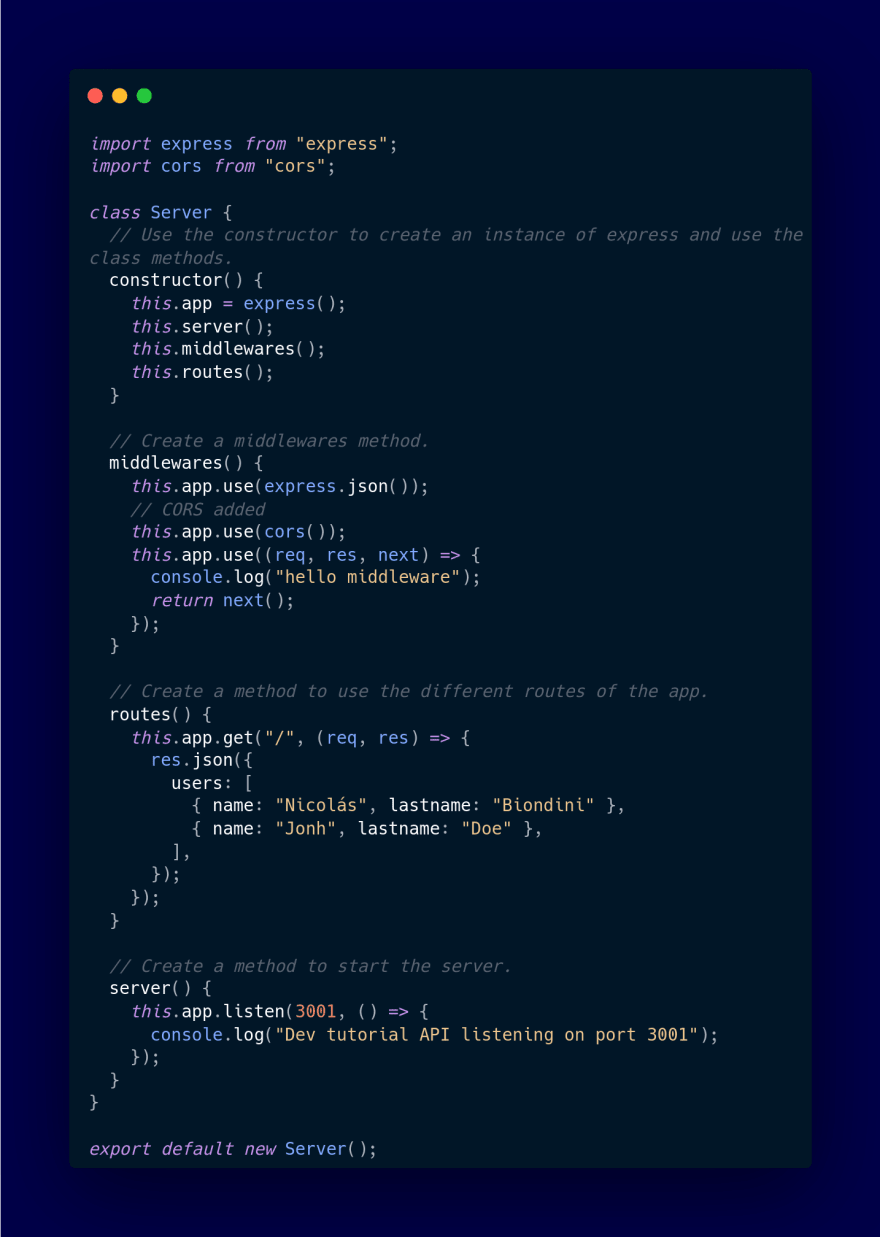 We finally connect our back-end with our front-end! 🎉

Now we have to display the users on the front-end.
To do that we are going to use “useState” 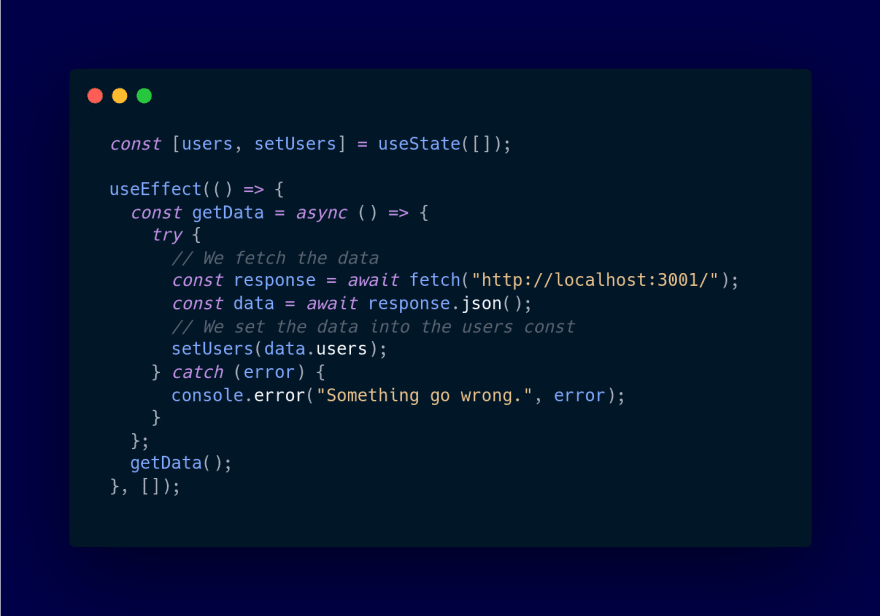 And now we display the data 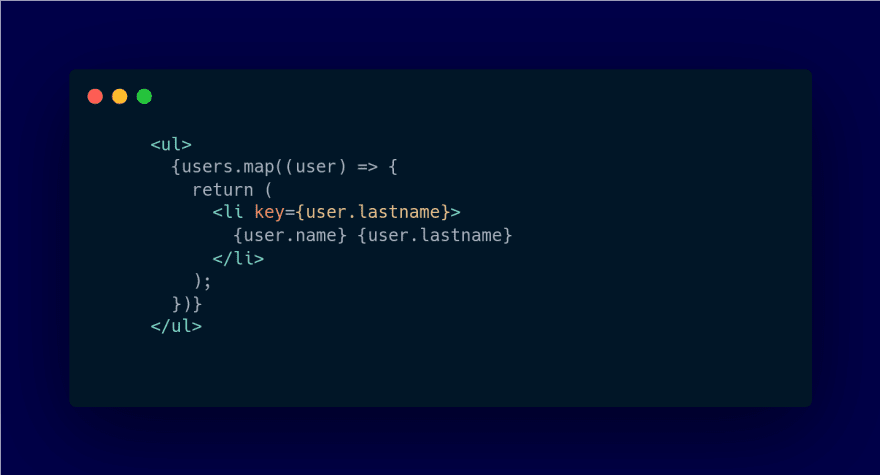 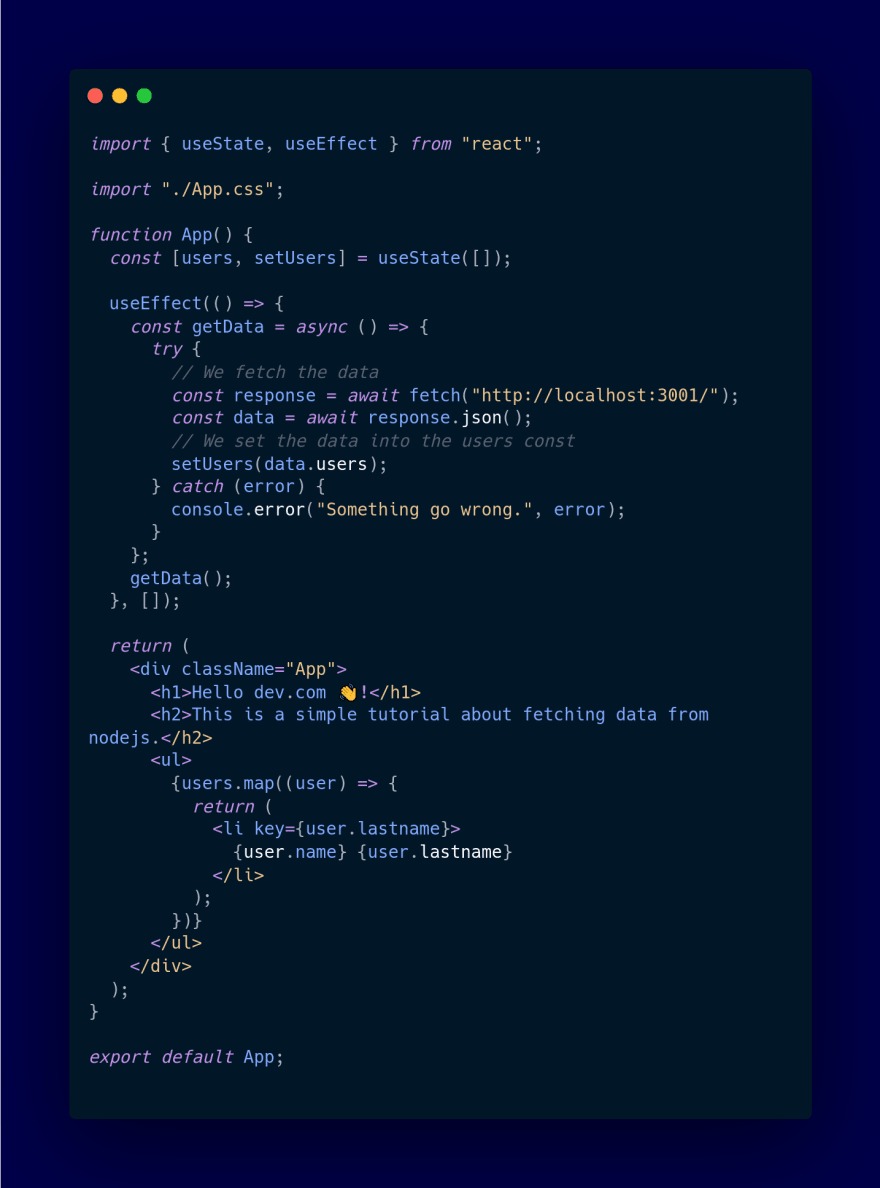 That’s it friends! I hope it helps you!

Let me know in the comment section if you want to see a tutorial with a DB and deploy this app with docker, docker-compose, and AWS.

Once suspended, nicolasbiondini will not be able to comment or publish posts until their suspension is removed.

Once unsuspended, nicolasbiondini will be able to comment and publish posts again.

Once unpublished, all posts by nicolasbiondini will become hidden and only accessible to themselves.

If nicolasbiondini is not suspended, they can still re-publish their posts from their dashboard.