Just over a year ago, I made a post on Twitter, and I realized that I had forgotten to add alternate text (alt text) to the image. I did what I usually do. I quickly copied the Tweet, deleted it, rewrote it, and added the image back to the Tweet, along with the alt text, and Tweeted it out.

So first off, why does this matter? For folks who cannot view images, alternate text can describe what the picture is. Providing alt text is also great for SEO, if that's your jam.

Small changes to how you use Twitter to promote Tweeting in an accessible manner. For now, it will only prompt once per Tweet to add alt text to an attachment before you Tweet. Simple but effective. 😎

Small changes to how you use Twitter to promote Tweeting in an accessible manner. For now, it will only prompt once per Tweet to add alt text to an attachment before you Tweet.

The extension is available for Chrome and Chromium based browsers that support the Chrome Web Store. It's coming soon to Firefox. It works, just need to submit it to the add-on store. 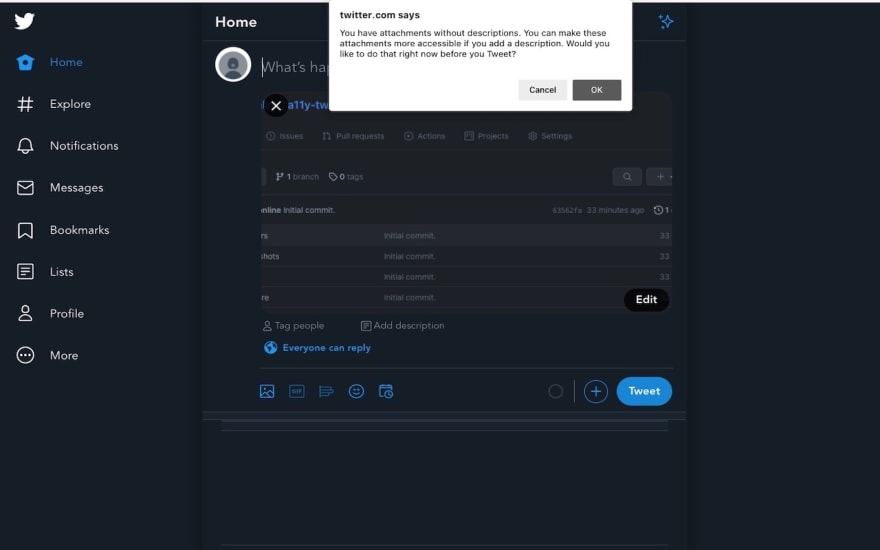 The extension doesn't do much, but it does one thing well. It checks if you've added alt text before Tweeting. In its current form, I decided to not bug the user too much, so it only prompts you to add alt text once during a Tweet. That may change in the future, but for now, I thought this made sense as it makes folks aware of alt text, but does not nag them.

When you create a browser extension, you hijack a page to some degree. Content scripts (JavaScript) and additional CSS can alter the look and interactivity of the page you're on. If you've ever used a password manager, that's what's happening. They inject images and JavaScript to the page to allow you to access your credentials. 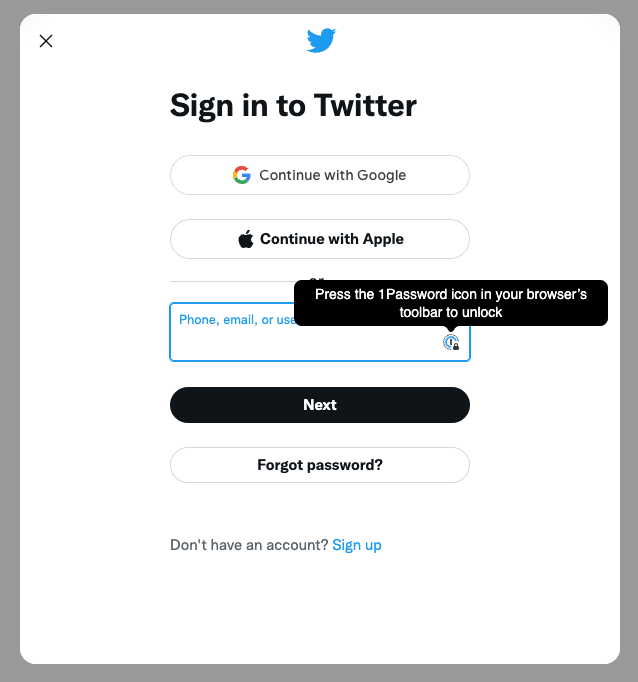 In the case of the a11y-twitter extension, finding the correct elements to perform the check for missing alt text proved interesting. Twitter for the web is built with React, uses some form of CSS in JS library, and has no ID attributes to select the elements. CSS classes would make sense in terms of a selector. Still, since the CSS classes are autogenerated from the CSS in JS library, that's impossible.

I'm not positive, but at Twitter they are most likely using Cypress for End to End (E2E) Testing as some elements on the page have data-testid attributes. And that's how I find the Tweet button.

data-testid attributes are for testing only, but I highly doubt they'll be removed because the E2E tests have the same problem I have. How to find the Tweet button? Once found, I check if it's disabled. If it's disabled, it means the person hasn't typed anything to Tweet out. If they have, though, that's when I check for alt text. 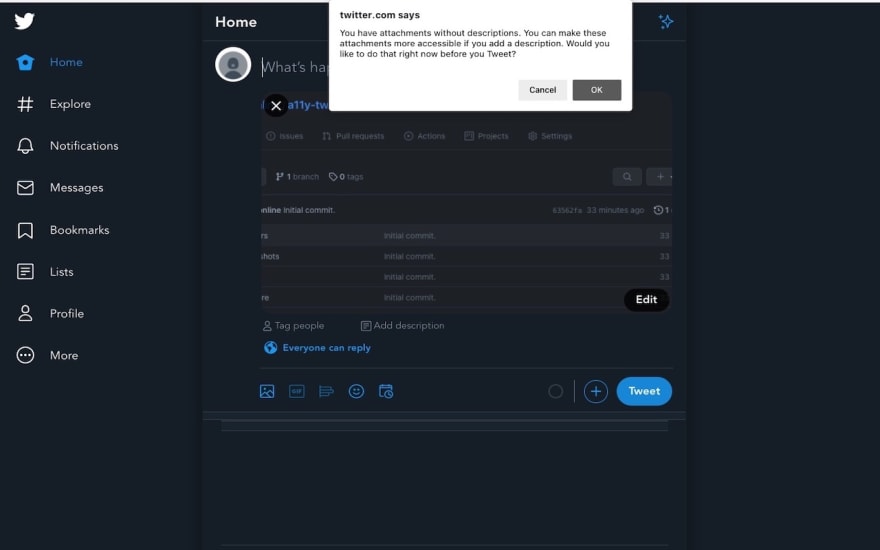 And that's pretty much it!

As of the date this blog post was initially published, this is the entire magic sauce to make this all happen.

I may add more features to the extension in the future, but for now, it's serving its purpose for myself and other folks. Also, if you end up using it, consider starring it on GitHub! 😎

If you'd like to learn more about creating a browser extension, here are some handy resources:

P.S.: It'd be neat to create a Safari extension, but the process is a lot more painful, and I haven't had time to dedicate to this. If you're interested, though, pull requests are welcome!

Once suspended, nickytonline will not be able to comment or publish posts until their suspension is removed.

Once unsuspended, nickytonline will be able to comment and publish posts again.

Once unpublished, all posts by nickytonline will become hidden and only accessible to themselves.

If nickytonline is not suspended, they can still re-publish their posts from their dashboard.

Once unpublished, this post will become invisible to the public and only accessible to Nick Taylor.

Thanks for keeping DEV Community safe. Here is what you can do to flag nickytonline:

Unflagging nickytonline will restore default visibility to their posts.