It is a small tip about Cinnamon desktop environment, which is well known as the standard of Linux Mint.

I have moved from Mate to Cinnamon recently.
(Well, I like Mate for its good balance between lightweight and usefulness.)

Cinnamon has a lot of useful function and elegant effect, and most of them satisfy me.
The default style of "alt + tab" windows switcher is one of few exceptions.

With too small icons, I couldn't figure out what the application is: 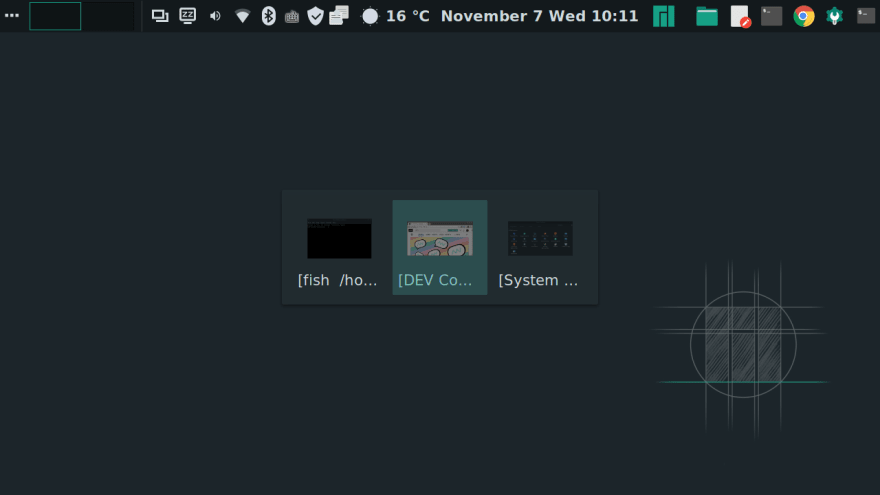 In the system settings window, go to [Preferences] - [Windows]: 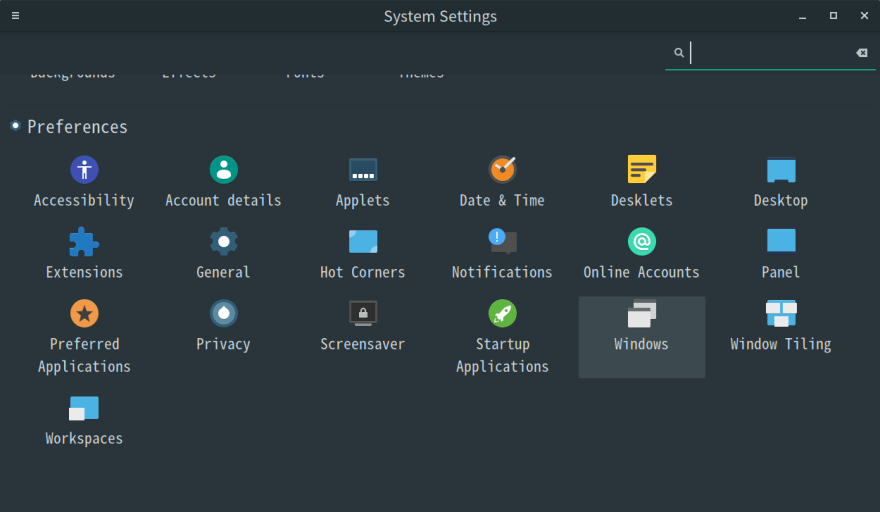 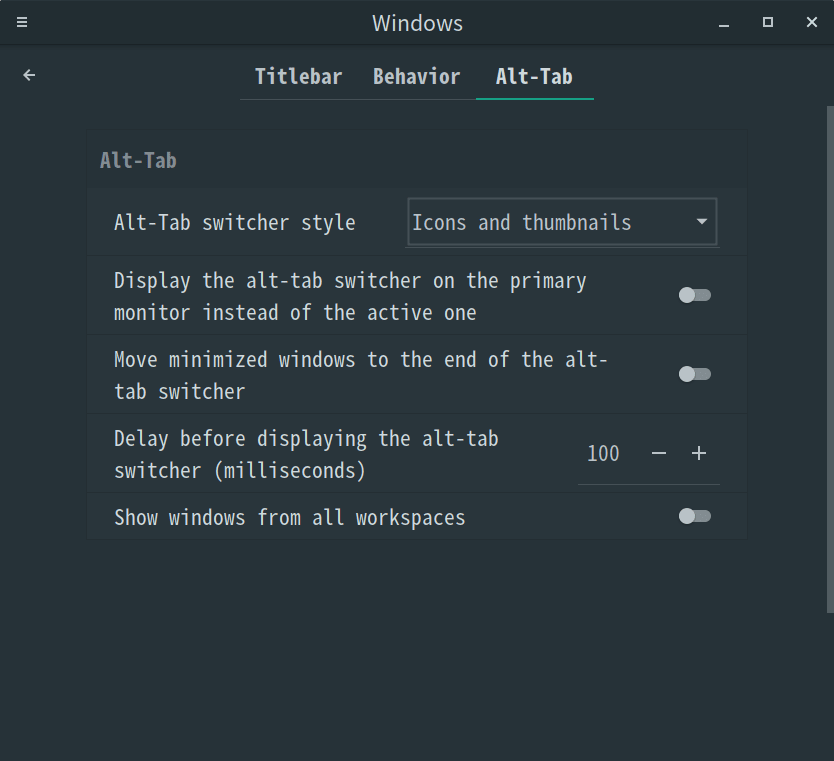 With bigger icons and also thumbnails: 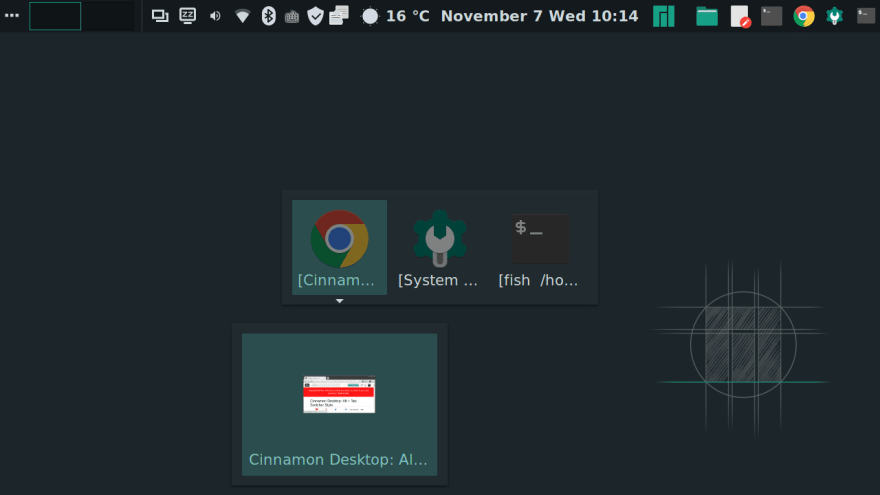 How to test whenever config

Heddi Nabbisen
An ICT designer/developer and a security monk. "With a cool brain and a warm heart", I am challenging unsolved problems in our society. I use OpenBSD/Rust/etc.
Nemo File Manager (A Fork Of GNOME Files): Recovering Bookmarks Of Places
#nemo #cinnamon #gnomefiles #filemanager
Raspbian: Enlarge Screen Boundaries Via Overscan Settings
#raspbian #desktop #screen #overscan