In MKProjects, I have chose Rust to be the preferred language of development, and I want to use it as much as I can. So when I wanted to make a desktop version of for my short open source programming
books, I thought...what framework should I use?

Initially I considered GTK, however it's such a pain to set up, and it's better to build on a native Linux system (running a Gnome desktop environment), but I also wanted something that's like Electron but the application isn't like 1GB when building.

That's the advantage of Rust, the output size can be smaller than the input, so I ended finding Tauri, it's like a Rust version of Electron.

Now even myself I'm still learning the framework, so I'm not going to act like an expert, but using Svelte.js along with it is such a nice experience. 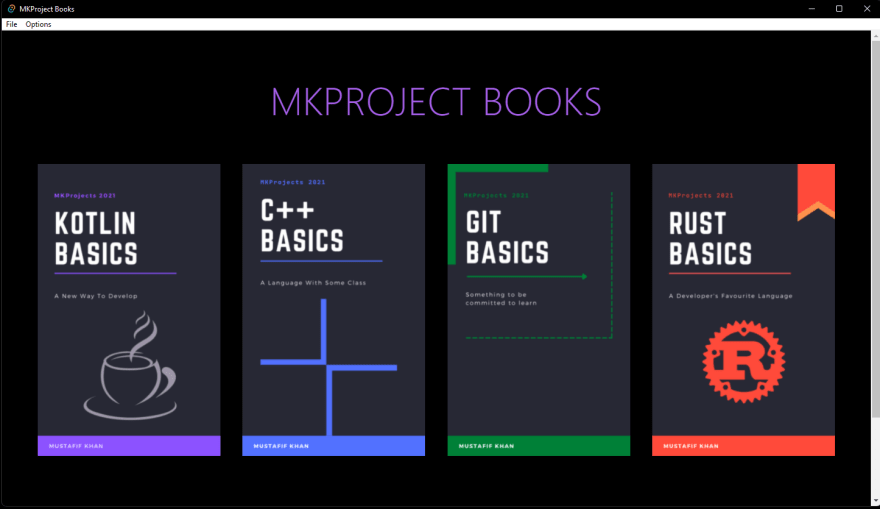 This is the current build, you can download from MKProject Releases.

Currently this project isn't officially part of MKProjects, but once I get a more confident build up, the repo will be ported from my personal to MKProj.

5 VSCode Extensions You Must Use