Quite recently, I reached a milestone of 10k post views in Dev. Which might seem less to you but a lot to me. You know, it feels good to see people reading your posts(and giving some unicorns 🦄). And I thought it would be a good idea to have a better visualization of the data that dev.to provides. So I did. I think it will be helpful if not, kinda cool for those who write quite regularly at Dev.

It would be a good idea not to show the code here but the results as you can always see the code from this Github repo.

A command line dashboard for dev.to with some extra functionality such as data analysis

(Check for the installation guide in the readme section)

At first, I thought of web scraping to collect the data. But then I emailed the good peoples of Dev about it and they told me about the Dev API which I was unaware of back then. So, all the data is received from the Dev API. And if you want to use the program, you will need an API key.

The installation process is nothing fancy. And it will be more smooth if you already have python & pip installed in your machine. You can follow the installation steps mentioned in the Github repo.

But if you try to run the script, you will get errors. Because it will require you to add an API key. To get an API key read this. You shouldn't be facing any difficulty with this.

Once you have an API key, open dev_api.py in any text editor you want. You will see a part just like this.

Simply put your API key where mentioned(with quotations) and you are good to go.

Running for the first time

Just go to the file path where you have cloned it. Then via terminal enter this command.

IMPORTANT NOTE
Before you run any command related to date visualization, type this command.

What it will do is write some data in a .csv file and store it in the current folder where you are. It is important to do as other scrips will require this data to draw graphs, charts. And it's often a good idea to update the data file for getting accurate data visualizations.

Before we get into the fancy data visualization part, let's take a small look at the few available commands.

And the commands are case insensitive.

The very first you command you should try running is graph-bar. It will show you a bar graph for all your existing posts. And it will include post view, post reactions, and post comments as shown in the picture below. 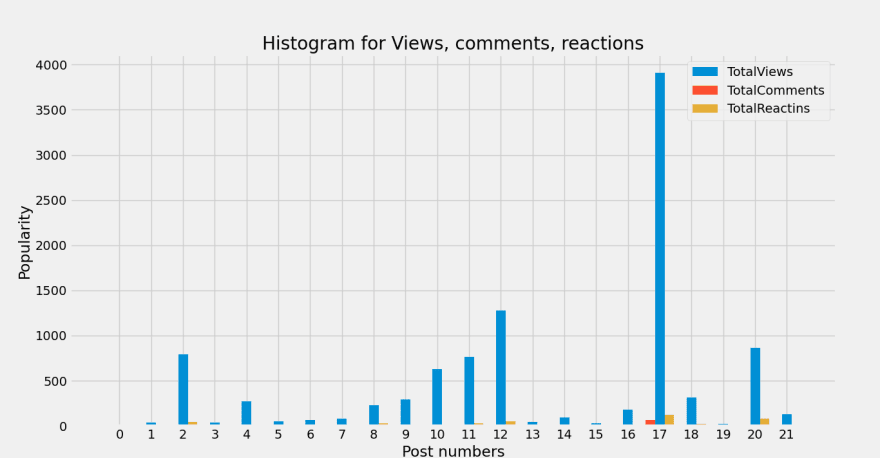 Luckily, I have a solution for that. Say that you want to see only a bar graph that will compare your post reactions and comments. then you can do this. 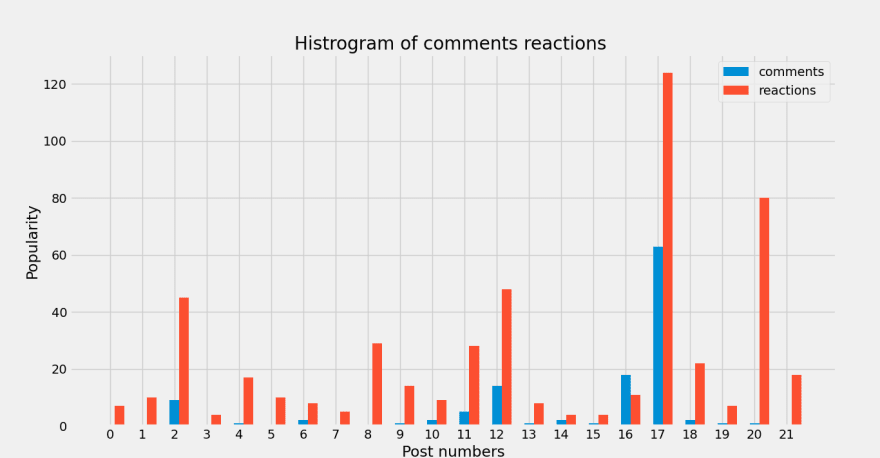 you can also try the following commands

As you guessed, you can permute them as you wish. Also, the order doesn't matter. 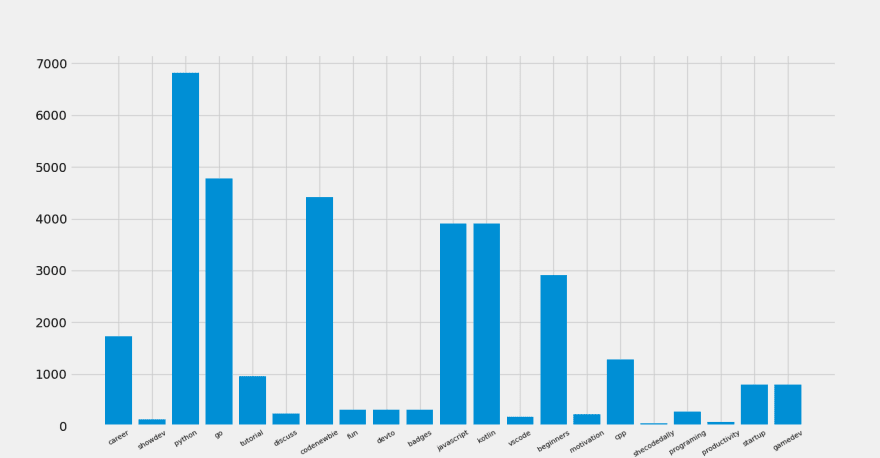 Ever seen a stock market line charts? Aren't they cool? So, I decided to implement the same feature here as well. And here is the outcome. 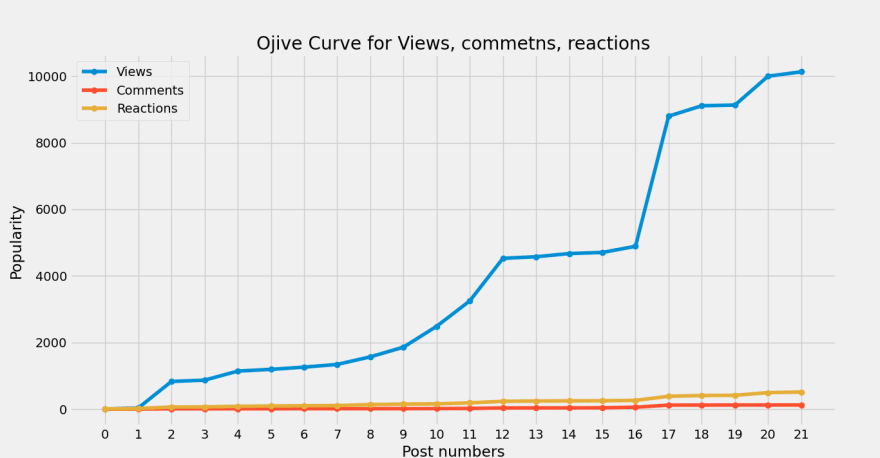 And the command for this graph is 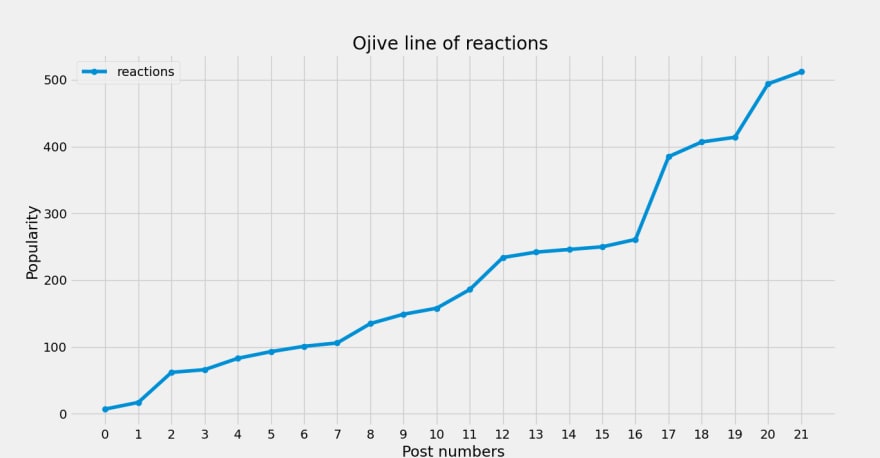 As always, the order of the suffixes doesn't matter. And you can suffix the command with this

Last but not the least, here is a pie chart(or maybe a doughnut?).

This pie chart indicated the number of times you used the tag. And the exploded part is the tag you used the most.

Short answer, I don't know. At this moment I have no future plan for this project (Because I have a brilliant plan for the next post).

The code is open source. Take a deep look(and don't get lost because the code isn't that much good 😑). Maybe you can find some flaws or maybe optimize the code. Or, most probably, add some more cool features. It's open for pull requests. (You can also write better documentation as the current one SUCKS 😶)

So, you liked the project that I did? Let me know in the comment section. Maybe add some suggestions for some better features or if you run into any trouble.

Till the next time, happy coding for you. 😀

How to build 5 clip-path hover effects

Muhimen
Nothing more than a programmer nothing less than a programmer. Loves to solve Rubik's cubes in spare time.
How To Write Comments
#webdev #codenewbie #beginners
Semicolons in Python?!
#todayilearned #python
This Is My Second(surely not the last) website
#webdev #html #css #javascript