The let keyword declares variables that are limited to scope of block statements or expressions where it is used. It is used to declare block scoped variables that have a value parameter which is optional. They cannot be redeclared and must be declared first before use.
The let keyword was introduced in ES6 (2015).

Parameters
nameN:
It is the name of the variable

valueN (Optional):
It is the value that is to be assigned to the variable

Variables that are declared with let cannot be redeclared, they will throw an Syntax error

The body in between two curly braces {...} is called block scope. The let & const variables declared inside of {...} cannot be accessed from outside.

Now as we know that let is a block scoped variable so its value would not affect variables declared outside of the block with the same name.

JavaScript Hoisting refers to the process whereby the interpreter appears to move the declaration of functions, variables or classes to the top of their scope, prior to execution of the code. Hoisting allows functions to be safely used in code before they are declared.

Variables defined with let are hoisted to the top of the block, but not initialized. Meaning: Using a let variable before it is declared will result in a ReferenceError:

let is a signal that the variable may be reassigned, such as a counter in a loop, or a value swap in an algorithm. It also signals that the variable will be used only in the block it's defined in, which is not always the entire containing function. 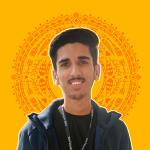 Frontend Developer who is always passionate in discovering new stuff and building networks.

Unlock the Secrets of Blockchain: What is a Consensus Algorithm?

What is the Difference Between Data Type and Data Structure?

Once suspended, moazamdev will not be able to comment or publish posts until their suspension is removed.

Once unsuspended, moazamdev will be able to comment and publish posts again.

Once unpublished, all posts by moazamdev will become hidden and only accessible to themselves.

If moazamdev is not suspended, they can still re-publish their posts from their dashboard.

Once unpublished, this post will become invisible to the public and only accessible to Moazam Ali.

Thanks for keeping DEV Community 👩‍💻👨‍💻 safe. Here is what you can do to flag moazamdev:

Unflagging moazamdev will restore default visibility to their posts.